How does one describe how a basis vector changes through space using the Christoffel symbols?

I have been watching this video, which explains in fair detail what each of the terms in Einstein’s field equation represents. The portion I linked explains the tensor object ${\Gamma^\alpha}_{\beta\gamma}$, which I believe is also called a Christoffel symbol. 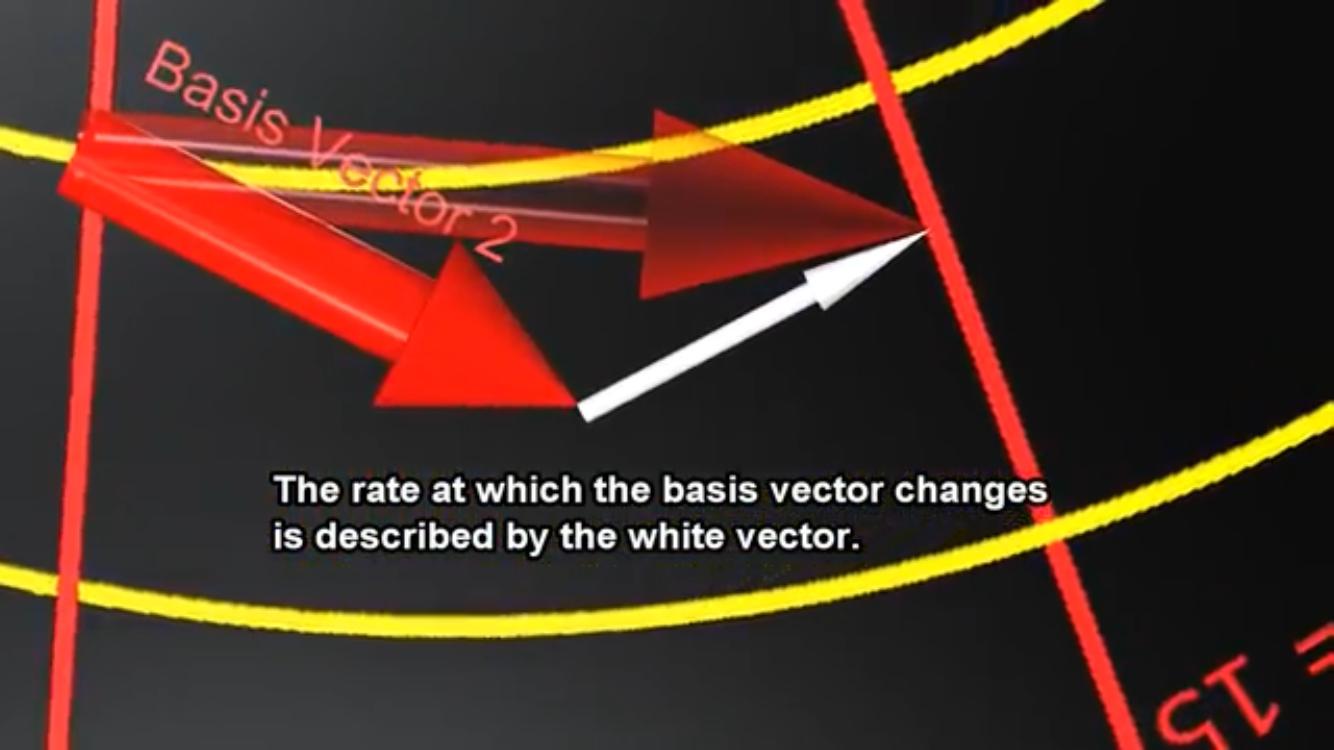 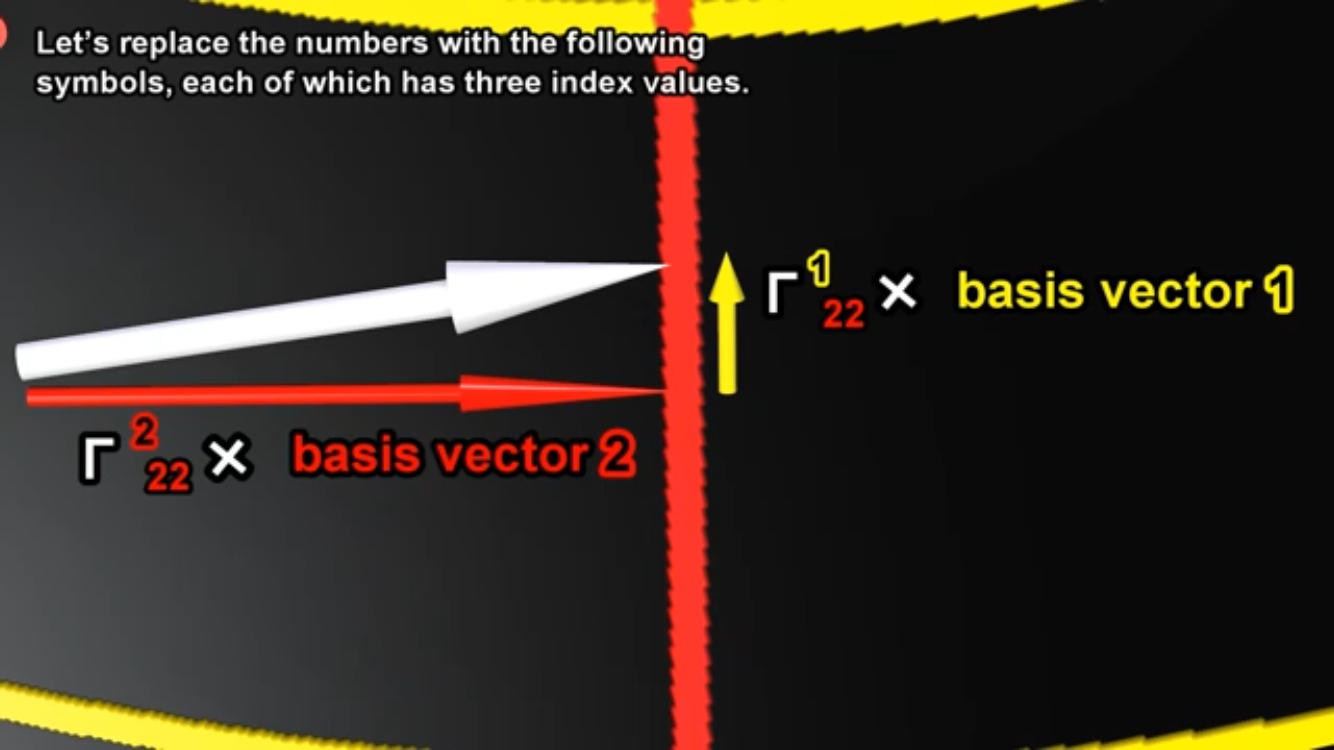 The video indicates that for the tensor object ${\Gamma^\alpha}_{\beta\gamma}$,

These are my particular thoughts:

How close am I to correct? How is this actually done in practice?

So, assume that you have a set of basis vectors, call them $\mathbf{e}_{\mu}$. One actually defines the connection coefficients as the components of the directional derivative of the basis vectors:

So, how you read this is: the connection coefficients $\Gamma^{\alpha}_{\mu v}$ is the $\alpha$-component of the change of $e_{\mu}$ by a change in the $e_{v}$ direction, so I would say your formulation is correct. One then uses this definition along with properties of the Koszul connection to define the covariant derivative in a coordinate-independent manner.

(Also, just a comment: the general definition of a basis vector: $e_{\mu} = \frac{\partial}{\partial x^{\mu}}$ is valid in general (flat/curved) spacetimes)

Not the answer you're looking for? Browse other questions tagged general-relativity special-relativity vectors relativity tensor-calculus or ask your own question.

2
Spinor indices and antisymmetric tensor
2
Components of dual vectors
0
Relation between differentiation of one-form basis and Christoffel Symbols
5
Why the basis of vectors and one-forms can not be related through the metric as a vector and one-forms?
1
Where does the factor of one half come from in the delta-vector equation involving the Riemann Curvature Tensor?
3
What is the difference between a dual vector and a reciprocal vector?
2
Why is the stress-energy tensor a "tensor"?
4
What is the best way to imagine the difference between vectors and one-forms?
2
How to get the Riemann curvature tensor from the commutator operating on a basis vector
1
Deriving the transformation law for the Christoffel symbols