Consider the following scenario: A mass of m is kept on a rough inclined surface of angle of inclination $\theta$. The elevator goes up with a constant velocity v and the block does not slide on the wedge. I need to find work done by frictional force. 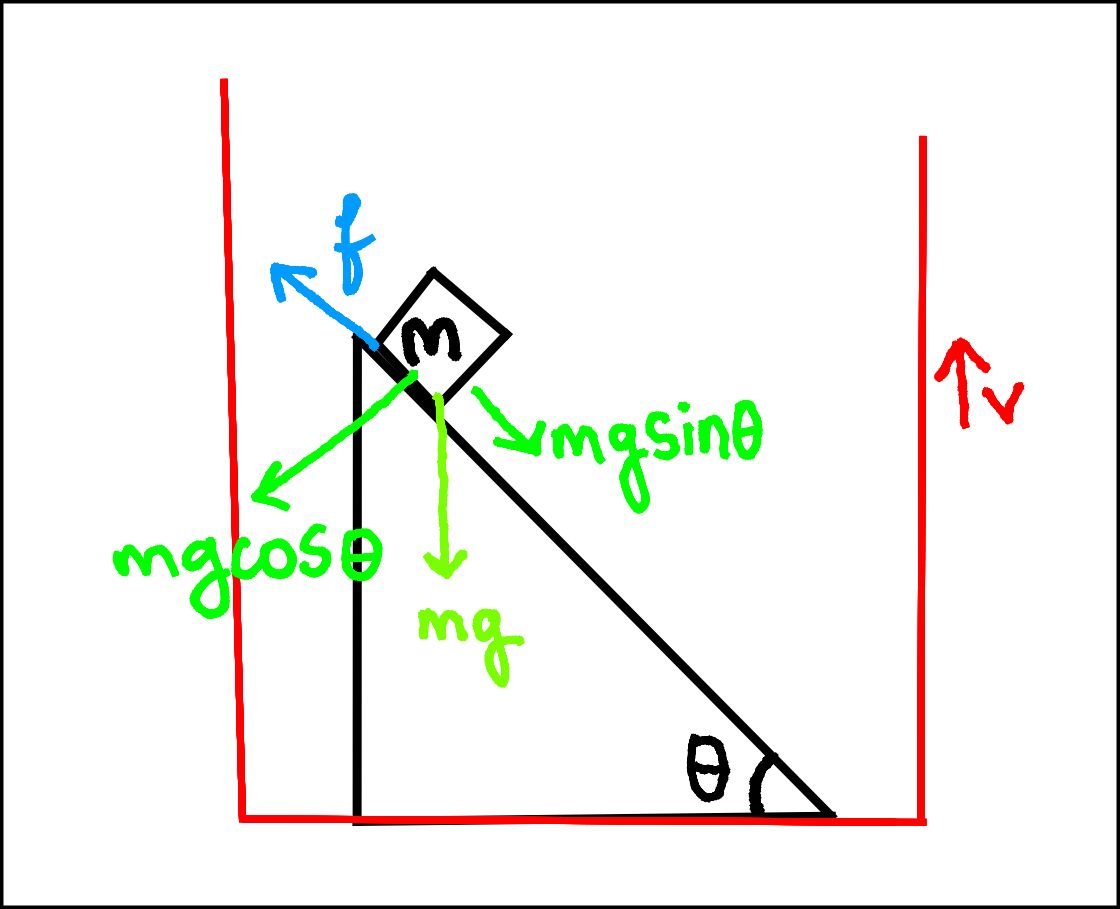 Why does this difference arise?

This difference arises simply due to your choice of inertial reference frame and does not have any substantial effect on (most of) the laws of physics governing the motion of the object.

When two different inertial observers observe the same physical system, it is not necessary for them to agree on all possible observations that can be made about the system, and in fact if the observers are moving relative to each other they necessarily won't, since there will be disagreements about the velocities of the objects in the observed system. Of course, in classical mechanics, the principle of (Galilean) relativity ensures that for two different inertial observers observing a system, they will at the very least agree on the correct form for certain physical laws such as Newton's Second Law of Motion. However, the path a particle takes through space is clearly frame-dependent, and since the work $W$ performed by a force $\mathbf{F}$ in classical mechanics is defined as a path-integral of that force acting on a particle moving along a path $C$,

it follows that while the two observers will agree on the form of Newton's Second Law, they will not necessarily agree on the work done by a force or the results obtained from the Work-Energy Theorem except in specific circumstances.

Not the answer you're looking for? Browse other questions tagged homework-and-exercises classical-mechanics work or ask your own question.