Owen Biesel's paper on 'The Precession of Mercury’s Perihelion'

I have seen this paper was referred to this question How do you calculate the anomalous precession of Mercury? . I am also writing a project paper on Mercury's Perihelion Precession. I will use the calculation for the precession used in this paper. But there are some steps in the paper that i did not understand. I do not have enough reputation to comment on that question.So i am writing down the parts that i did not get. Any help will be appreciated. 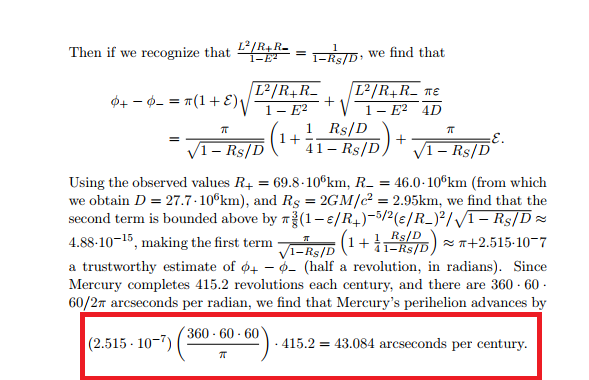 (2)(Page 4) I tried to calculate this integration on Mathematica.But gives different result. 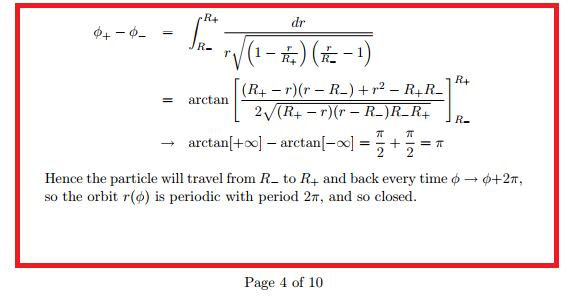 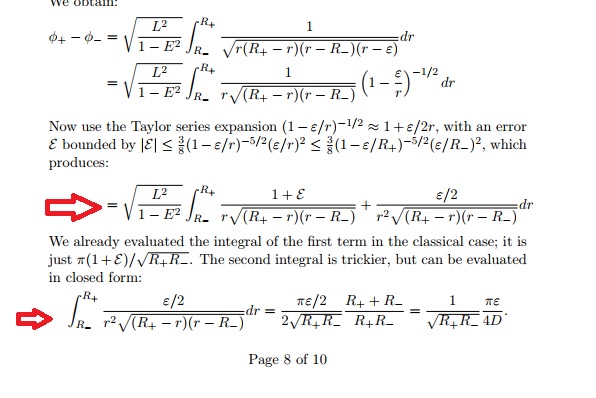 In the case of the second arrow, integrate the second term between $R_+$ and $R_-$ with respect to $r$.

Not the answer you're looking for? Browse other questions tagged general-relativity integration precession or ask your own question.

30
How do you calculate the anomalous precession of Mercury?