Acceleration when pulling yourself with the help of a pulley

I have come over this problem where you are standing on the ice, whit a rope tied around your waist, which goes trough a pulley attached to a tree, and back to you again, as illustrated. 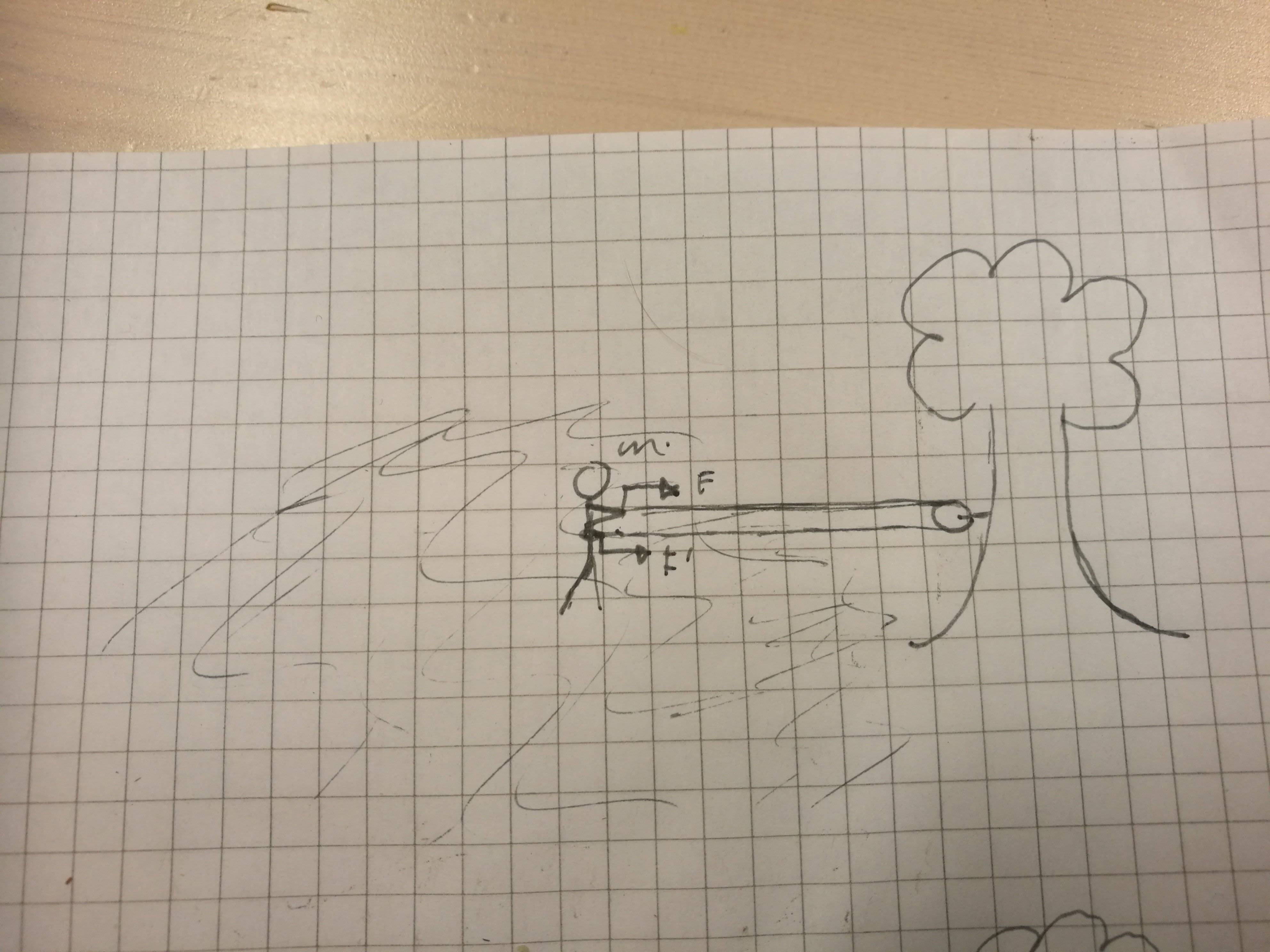 The question is, when you apply a force $F$, what is your acceleration. The answer options are $F/m$, $2F/m$, $3F/m$, and $4F/m$. My friends insist on the second option, due to the fact that you are pulling yourself with a force $F$, as well as the fact the rope pulls you with the same force, ergo $\Sigma F = 2F$. I find this incredibly counter intuitive. My way of attacking the problem is by first imagining two people standing on the ice with a rope between them, and one of the pulling with a force $F$. 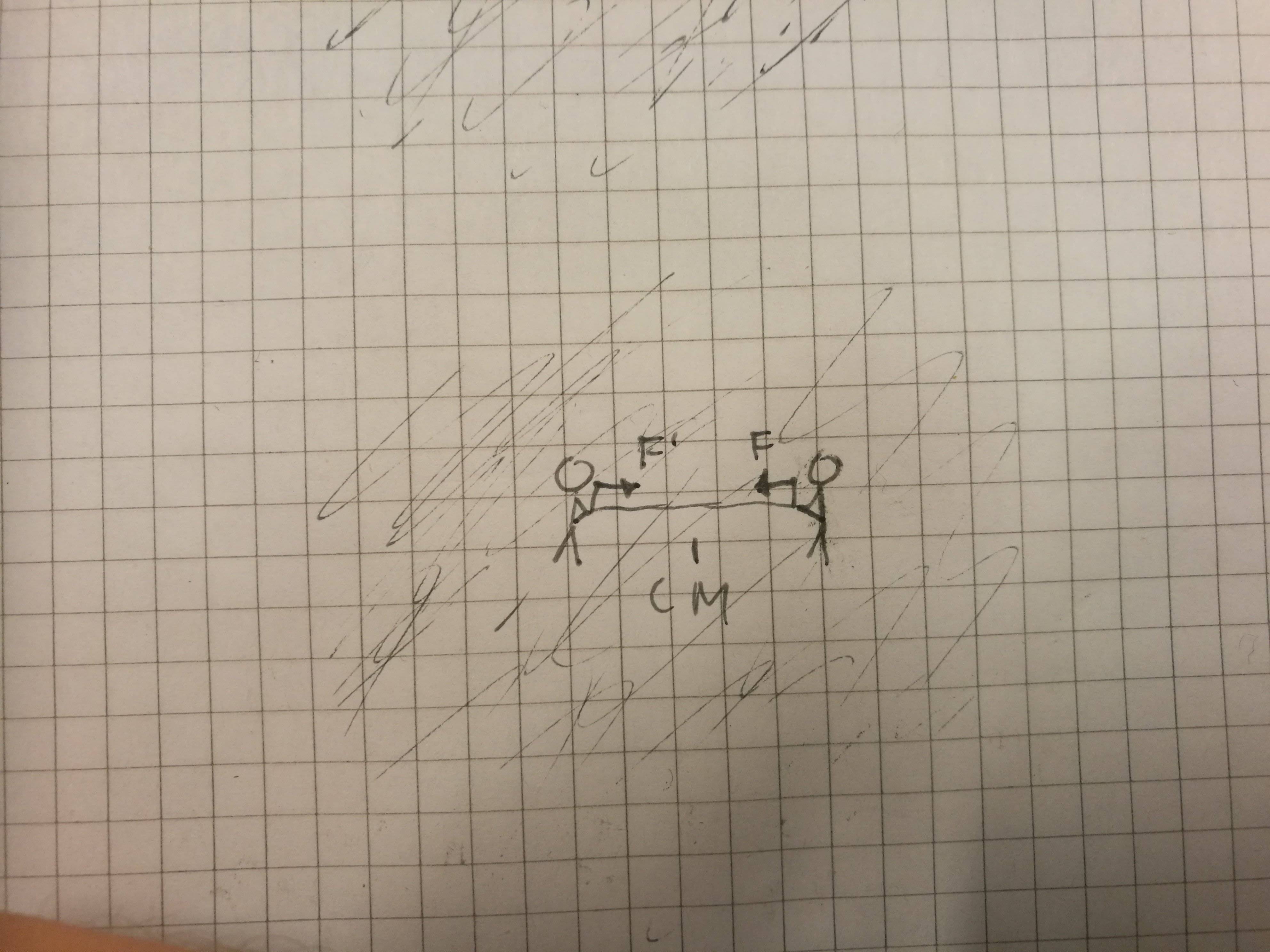 Due to the sum of external forces are zero, their combined center of mass will stay still, but they will both accelerate $F/2m$ relative to the ice. We then go to the same scenario, but the rope goes trough a pulley. 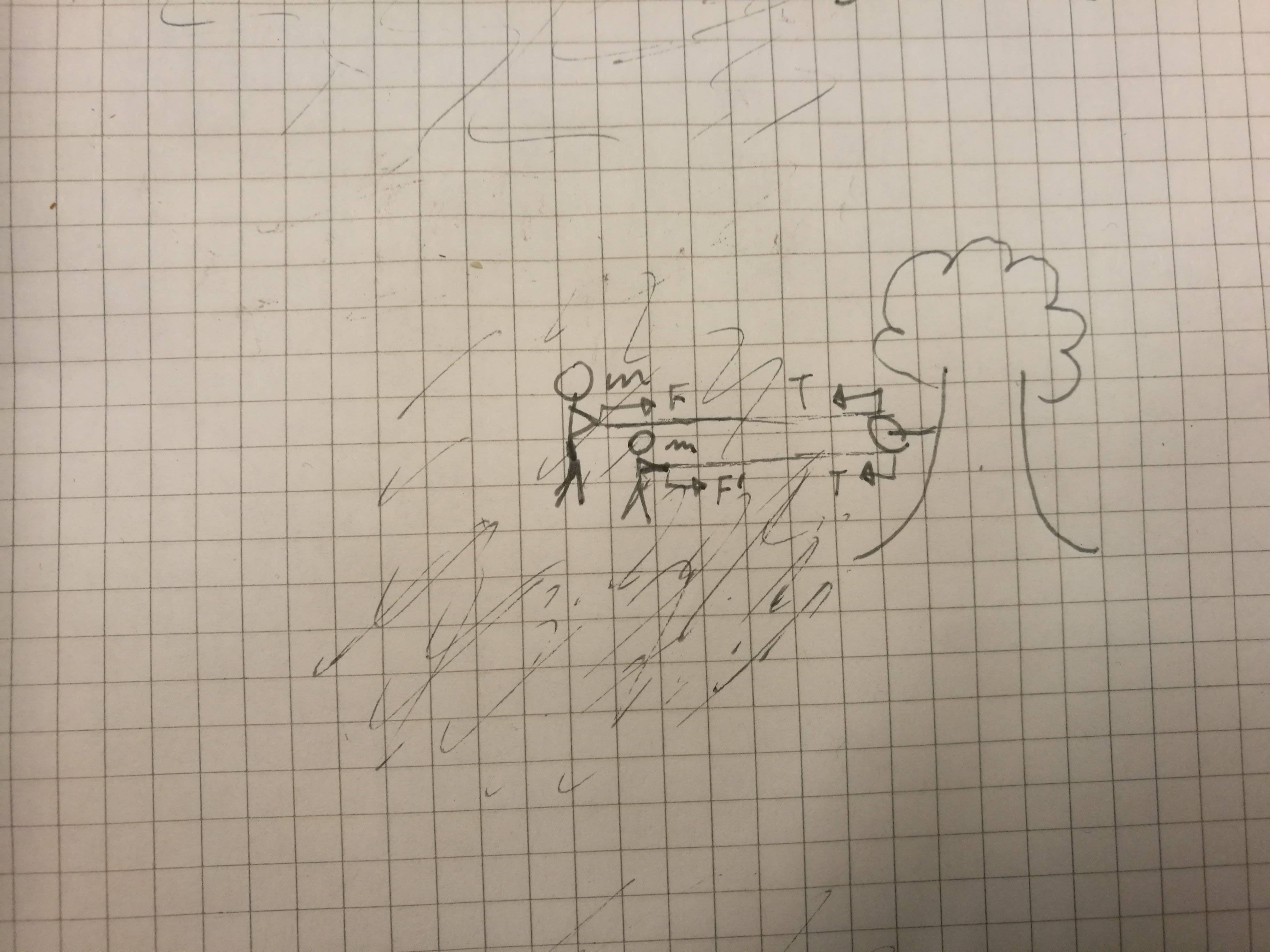 I don't have any rigorous math underpinning this, but i believe they will still accelerate the same amount, but now also in the same direction. This seems to like the same scenario as we started with, just with double mass. My conclusion is therefore the acceleration is $F/m$. Is this correct? is the reasoning sound? Whats the best way to attack this problem?

i.e. there are two ropes tied to you, both being pulled with a force $F$. Obviously the total force on you is $2F$ and your acceleration will be $2F/m$.

Now let me redraw the right hand side of the diagram:

where now we have a pully connecting the two ropes. Again it should be obvious that the force on you is $2F$.

But this second diagram is what you describe, with the tree acting as a pulley. The force on the tree is $2F$ and force in each of the ropes connected to you is $F$. So the total force on you is $2F$.

One of the key things to know about questions involving pulleys is that (if we assume a frictionless massless pulley) the tension in the rope is the same both sides of the pulley. This is because if the tensions were different the side with the greater tension would stretch the side with the lower tension until the two tensions balanced out and became equal.

So if you're pulling on the end of the rope with a force $F$, i.e. the tension in the rope is $F$, then both of the ends of the rope attached to you have the same tension $F$ so both pull on you to give a total force of $2F$.

Your friend is correct.
The tension in the rope is $T$ and so the force acting on you is $2T$.

You are not getting something for nothing in that when you pull the rope a distance $d$ you only move a distance $\frac d 2$.
So the work done on you or by you is $2F \times \frac d 2 = Fd$.

There are not two of you pulling on the rope as your subsequent diagrams show there is just you or twp people each with a mass which is half of yours.subsequent example the centre of mass of the two

3
Can a massless rope accelerate?
0
Lift a weight with a pulley system
0
Applying Newton's third law to a system
0
Tension force, acceleration of the system
1
Does a weight and force of same magnitude on a pulley make any difference?
1
Work done by pulling yourself up a platform
5
How do we prove the downwards force of a massless rope on a pulley it wraps around is $2T$?
0
Does the rope stretch when the pulley of Atwood's machine is accelerated?