oil and water- The Archimides' law

I have a problem as on the topic, see the below. 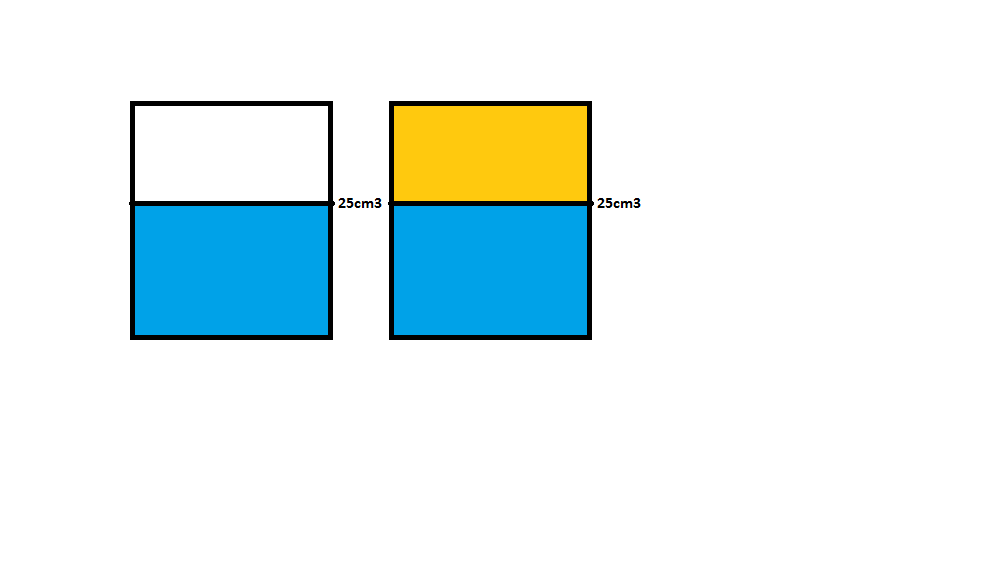 My problem is this. Archimedes' principle states that,

the upward buoyant force that is exerted on a body immersed in a fluid, whether fully or partially submerged, is equal to the weight of the fluid that the body displaces and acts in the upward direction at the center of mass of the displaced fluid.

Where is the mistake?

Archimedes' principle isn't directly applicable here, since there's nowhere for the water to be displaced to. If you filled a thinner, weightless beaker with the oil and tossed that into the original beaker, you will indeed see water displaced. But in your example, the water can't even be displaced (where would it go?) so you don't see displacement. The entire system of oil and water can be treated as one.

Here's another way to think about it. In the figure on the left, imagine cutting the water in half such that the top layer is resting on the bottom one. The top layer is clearly in equilibrium, or it would move. But gravity is acting on it, so there must be a force cancelling gravity. The bottom layer isn't displaced either, so buoyancy isn't the source of this force. Instead it's coming from the internal pressure of water, which is preventing the bottom layer from being compressed.

Not the answer you're looking for? Browse other questions tagged density equilibrium buoyancy fluid-statics or ask your own question.

5
Why is Buoyant Force $V\rho g$?
1
Weight of solid partially immersed in water
6
What is the basic reason behind buoyancy?
1
Why does oil float on water?
0
Confusion regarding Archimedes principle
1
A basic question of positive buoyancy,
2
Why is pressure on object in fluid dependent on height of water column above it whereas the *force* on object is not?