Why can my camera see the Sun when I can't?

There was a lot of smoke blowing high over the west coast of the United States last summer due to forest fires. It was thick enough that near the horizon, the Sun was all but invisible. It could probably just barely be discerned if one tried hard enough, but I thought it might be best to avoid staring directly at it, visible or not. Especially as my camera could still see it: 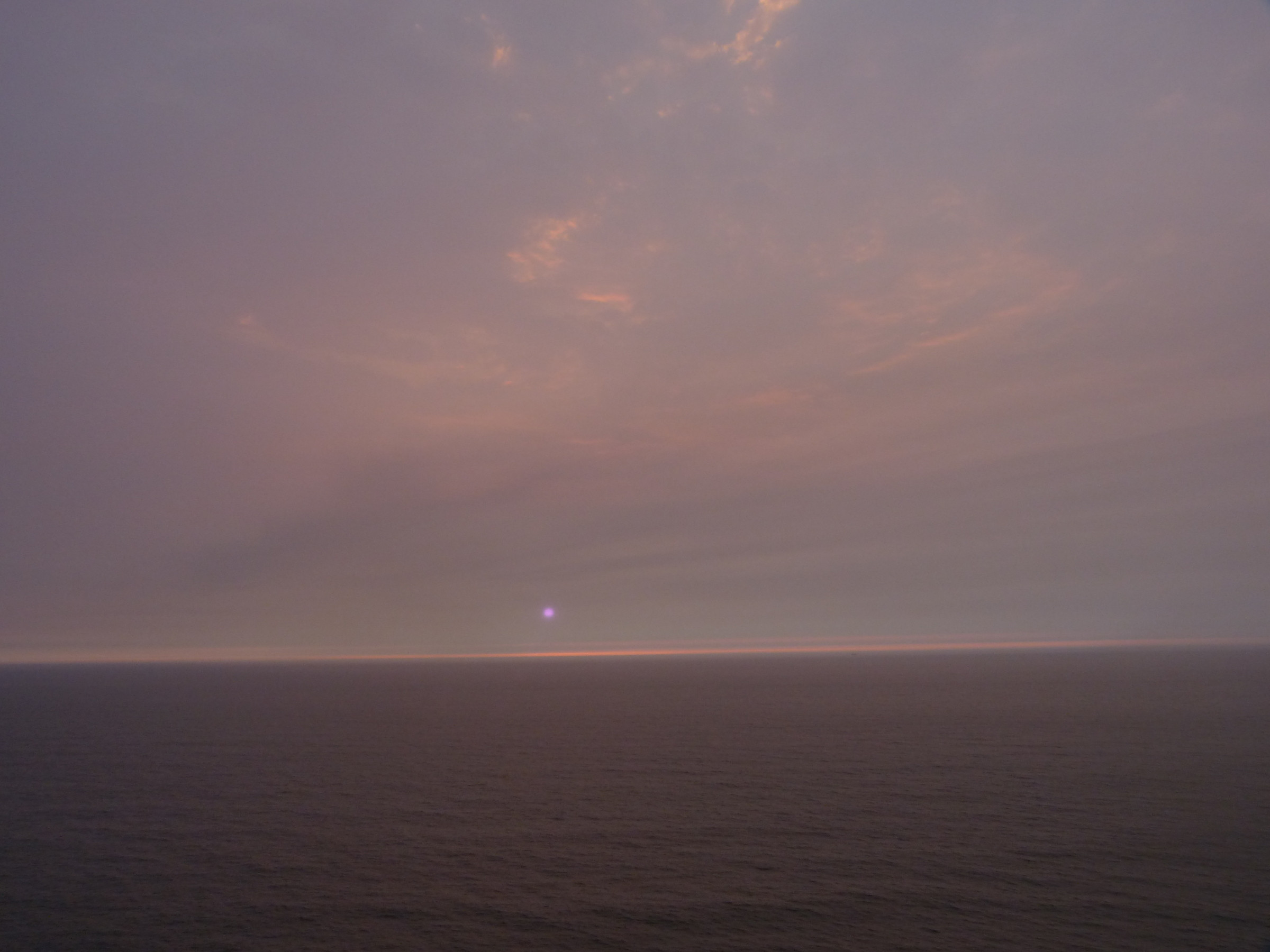 A closeup (in which you can even see what I think is a sunspot!): 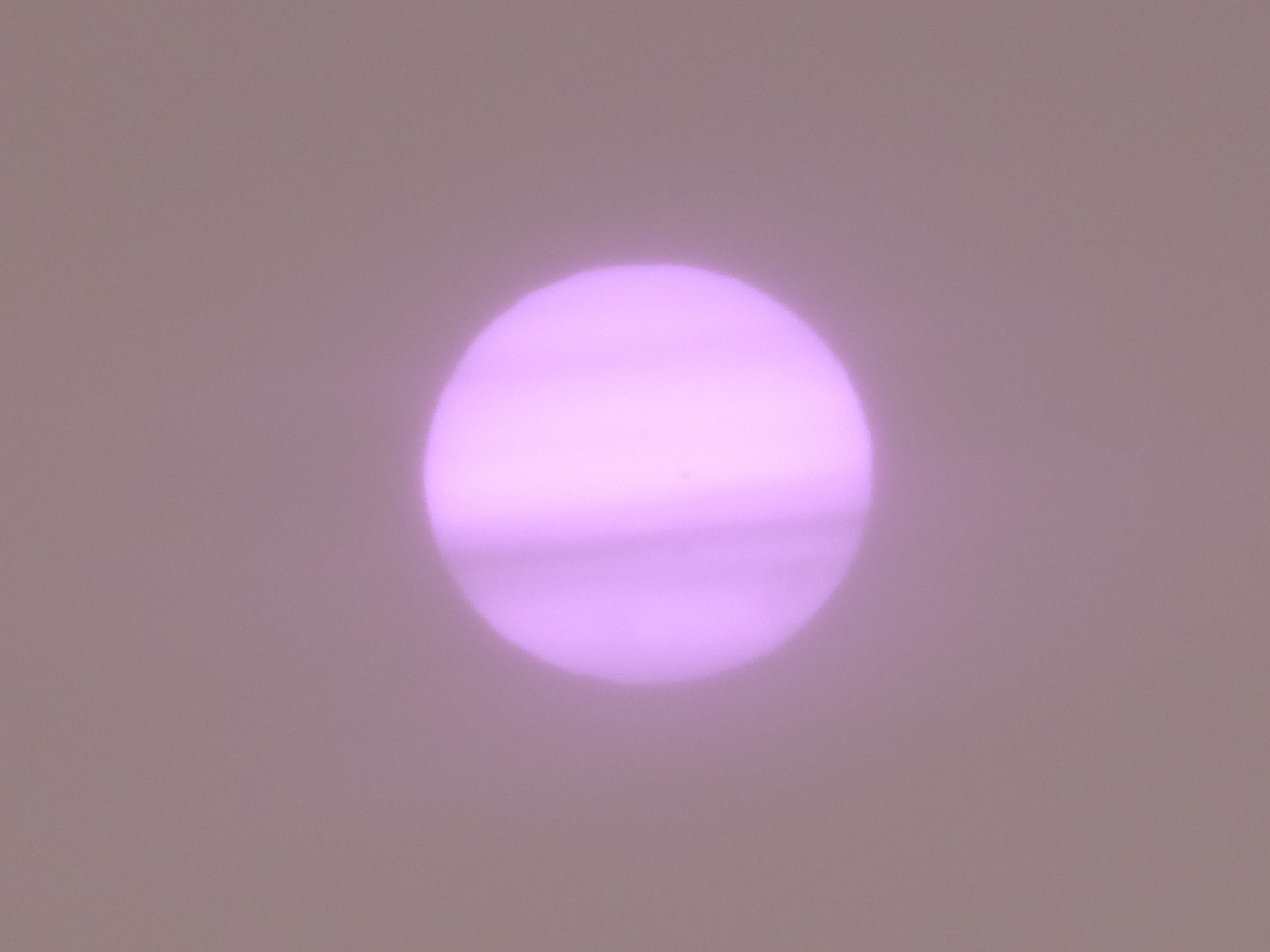 Is this infrared light my camera is detecting? Why is it allowed through the smoke relatively unscattered, compared to visible light?

Additionally, could the invisible light be harmful if stared at? (Perhaps there are longer wavelengths than my camera is picking up which are even brighter?)

Well, as it turns out, CCD cameras are actually sensitive the infra red light. (See of instance here.) Infra-red light is better at penetrating clouds. So your camera seems to have picked up the the infra-red part of the spectrum that was able to penetrate the clouds.

So who is correct here? Are CCD cameras (and probably others) actually sensitive the infra red light? Or not?

Point a TV remote at your camera so you can see it's image, and then push one of the buttons. You should see the infra red LED flash the signal that button sends to the TV. (It's also how you can see that the batteries in the remote are good.)

Well, unless your camera is an infrared one, the answer is no. In normal cameras there are three bands red,green and blue all of whose bandwidth lies in visible light region. The reason that your camera could see the sun and you can't is probably that the exposure time of your camera is more. If you increase the exposure time enough in a camera and point it towards night sky, you can see very faint stars of magnitude of around 5. And for the sunspot, it is probably a speck of dust on the aperture but I can't be sure :)

Not the answer you're looking for? Browse other questions tagged optics visible-light scattering sun camera or ask your own question.

41
Why can't we see gases?
1
Why can we see white objects as white under the sun if the sunlight is yellow?
0
Why can't we see light emitted from TV remote while a camera can?
12
Green dot on photos when taking photo facing the sun
37
Can you be blinded by a 'dim' light?
0
Why doesn't projected image fill all my camera view?
0
Why is the room converted into a camera?
25
Why do images not appear inverted when looking directly through a pinhole camera?
0
Damage from the Sun on a Raspberry Pi Camera Sensor with a Fisheye Lens