What is the difference in the two notation? [duplicate]

I have read in Zeemansky's physics

$dQ=dU+pdV$ for first law of thermodynamics

But when I came across another book of thermal physics,it says 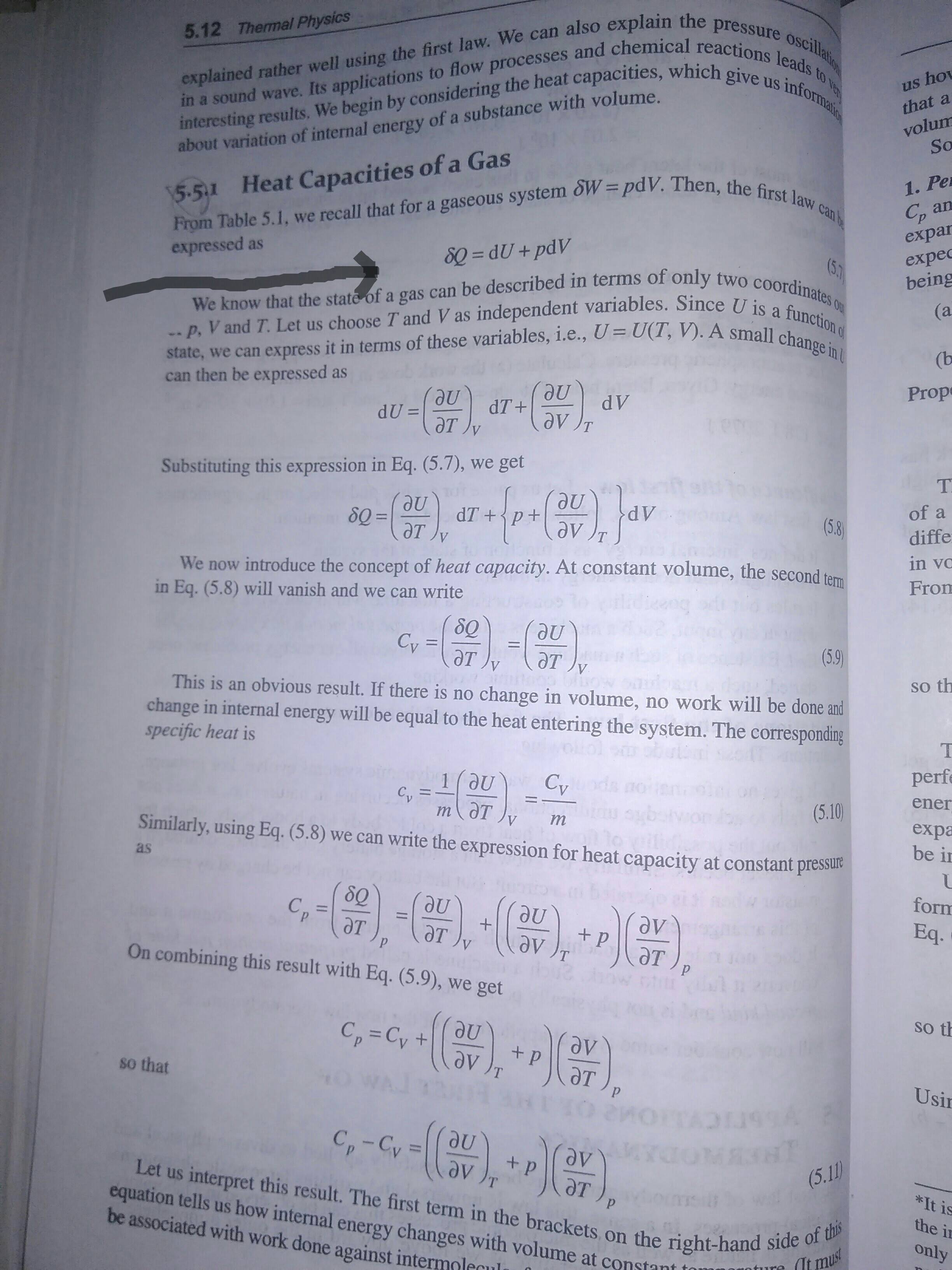 The notation $\delta Q$ is sometimes used to denote the fact that there may not be a well defined function $Q$. It simply means "small increment". It is used to underlie the distinction between say the energy $U=U(p,V)$, which is a function of state and stuff like $Q$ and $W$, which are not functions of state. So for example I can write: $$dU = \frac{\partial U}{\partial p}dp+\frac{\partial U}{\partial V}dV$$ You can't do this with $Q$, say, because it's not a function of state.

If one wants to be more mathematically precise, both are mathematical objects called differential forms. Only $dU$ is an exact form, $\delta Q$ is not.