What is wrong with our Cloud chamber setup?

A nearly identical question has been asked before on this topic, but that thread did not help us any further.

Me and a classmate built a cloud chamber in order to see elementairy particles (we aren't working with a radioactive source). We use a very standard set-up, but it does not appear to be working. We see little droplets forming and falling down and condens on the bottom plate, howeve, we do not see any tracks. We have made it work once before with a more primitive set-up:

We put a simpel aquarium box with the bottom on dry ice covered in a garbage bag. We used isopropyl alcohol (more than 95% concentration) and a dishcloth as absorber. We put all of this in a cardboard box isolated with styrofoam.

The only thing we then changed was turning the box upside-down and adding a metal plate in between the ice and box. Does anyone know why it might not be working?

Here are some pictures: 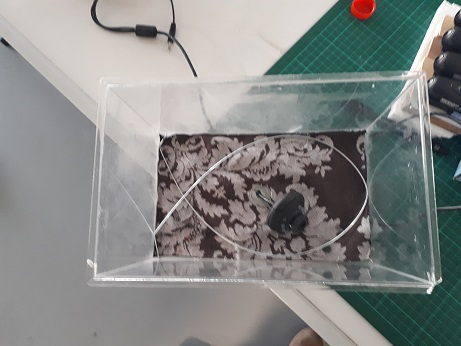 We used a dishcloth in our experiment instead of vilt, but it worked fine in our first experiment. It is held against the top with a metal rod, as glueing it failed. 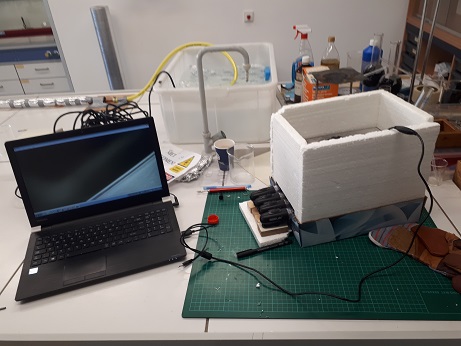 Our setup in full view when active (it wasn't recording in this picture.) 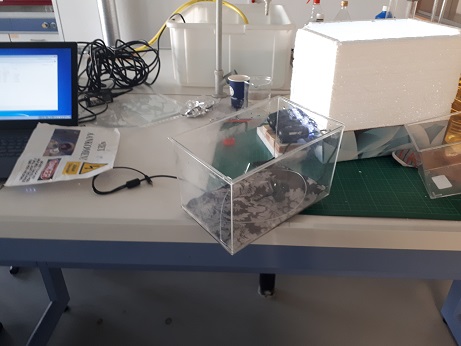 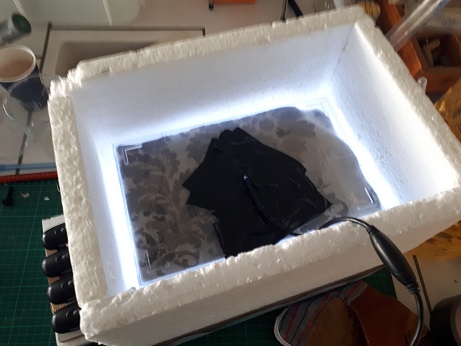 Up close view of the chamber in action. We recorded footage by ducktaping a webcam to the top of the box, with the camera sticking inside. 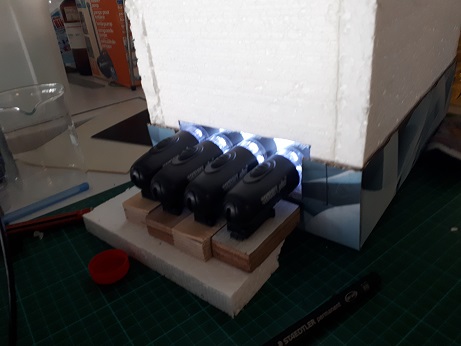 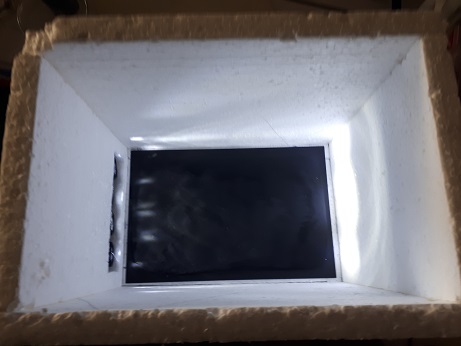 Bottom with the metallic plate. 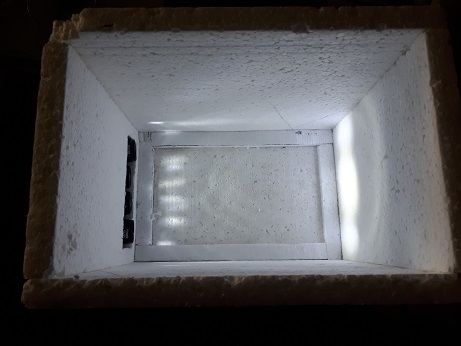 Bottom without the plate. Note that there is about 4 to 5 millimeters space in between the very bottom and the outside ledge on which the plate rests. 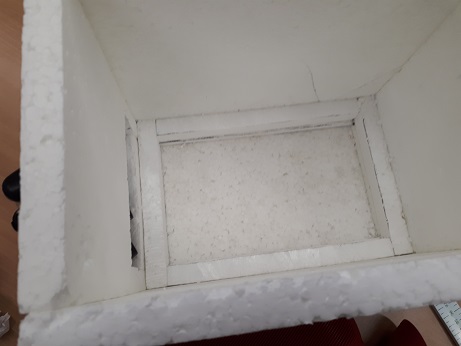 New bottom without the plate. There is about 2 cm room for dry ice now. 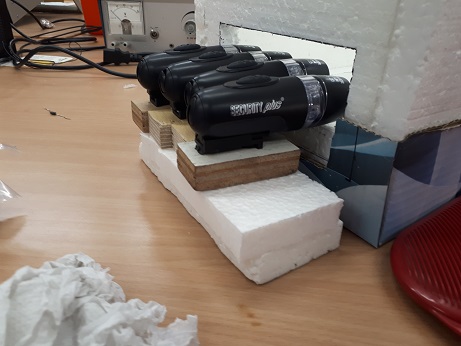 Because of the extra height, we needed to make the hole for our LED lights higher. 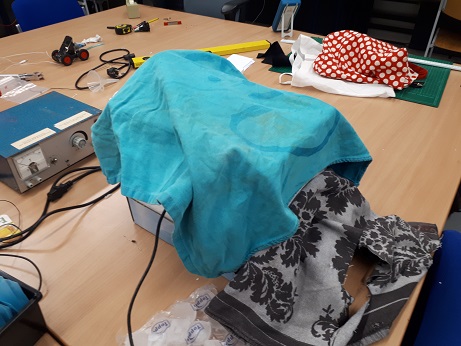 Setup when operational. We used towels to insulate the chamber as a whole. Might be a little overkill though.

Here is a recording of the first working variant: https://www.youtube.com/watch?v=wmI9qPOPIJU

There were some technical problems, so this is the only footage we got from this test. The black surface is the garbage back wrapped around the outside.

We also recorded a more recent experiment we did: https://www.youtube.com/watch?v=mW5Bu86qyPg

As is shown in the video, there clearly is a nebula present. There just aren't any tracks. However, there are some interesting wave-like nebulae (when it had been running for about 6 minutes.) After that, the alcohol seems to spread itself onto the plate, and not much is left of the nebula (although it is still there).

It's working now. The problem was too little dry ice. See pictures above for more detail

It seemed that the little amount of dry ice was used up very quickly before the plate got cold enough.

As it turns out, we didn't use enough dry ice. We used to have a pack of about 4-5 mm dry ice, however, in our latest test we used a full 2 cm. With this we got it working perfectly fine.

Not the answer you're looking for? Browse other questions tagged particle-physics experimental-physics home-experiment nebulae or ask your own question.

29
What is wrong with my setup of cloud chamber?