How does CERN simulate and interpret a simulated SUSY event of the Atlas detector? 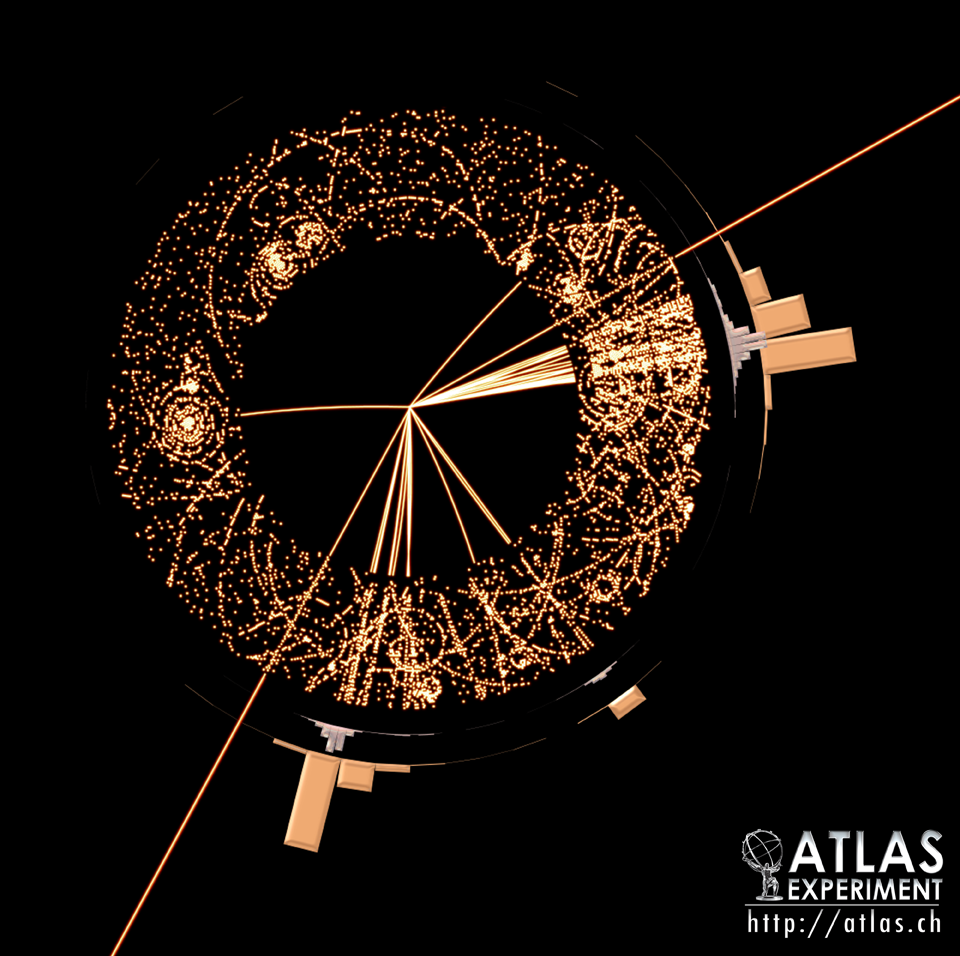 Let us take this a step at a time.

The LHC experiments are about the discovery of new particles. Let us take the example of the Higgs discovery. The decay channels of the Higgs boson are given by the theory, and the experiment looked at the mass where it might appear.

Simulated events at LHC are generated by monte carlo programs where the scattering amplitude of the standard model is used to generate channels, for example :proton proton going to gamma gamma + anything events, where the mass of the Higgs is set very high so that a uniform background appears.

This is compared to the data 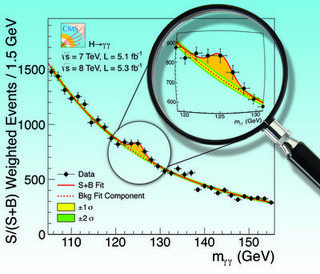 (Take it as an illustration, as I notice they use a simple background extension instead of monte carlo simulation for this figure, but they could have used mc events)

The decay modes of the Higgs are given by the theory, and the excess over the monte carlo simulated events gives the signal. 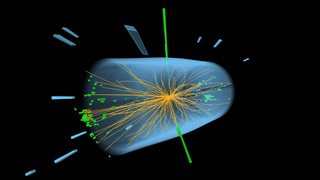 A monte carlo event would look the same. It is the statistical accumulation that establishes a signal.

For example the one above shows two high p_transerse muons,two high p_t electrons ( the short ones) and some jets.these cuts will reduce the number of candidates so that the invariant mass plots of the data can give a chance to show an enhancement in a particular mass.

This one event means nothing, it is the statistical accumulation of such topology events in the data that will show up a signal or allow for a limit calculation .

With this background we come to your questions:

Why these histograms correspond to simulated SUSY event? What kind of superparticles do we actually see here? We see 3 histograms, but what do they tell us?

The histograms are the accumulation of hadronic energy in the hadronic calorimeter, jets. They tell us it is an event with muons, leptons and three jets. The decay channel was introduced in the generation of events from the theory used.

How do they simulate such things? What kind of SW/Framework? Is it a computationally heavy simulation to perform?

It is a monte carlo simulation

Can I run it by myself?

If you become a graduate student writing your thesis on supersymmetric events in the experiment, yes. It needs a lot of elbow grease.

Why do these histograms correspond to a simulated SUSY event? What kind of superparticles do we actually see here? We observe 3 histograms, but what do they tell us?

Just a quick note. These are not "histograms", what you see is just the visualization of a simulated event in the detector. My guess is that you refer to the three groups of "towers" in the picture. These show the deposition of energy by the particles on subdetectors of the experiment.

How do they simulate such things? What kind of Software/Framework? Is it a computationally heavy simulation to execute? Can I run it by myself?

I must say that it's extremely heavy computationally and extremely complex to prepare. Simulation of geometry and materials goes in, theoretical calculations of the probabilities of interactions and the structure of the colliding particles, not to mention calculations stemming from the hypothesized new particles, and some statistics for good measure ;p I think Atlas' framework is called Athena. The underlying software package is GEANT4. Their preparation is the collective work of hundreds of people from different fields. But as anna wrote if you become a student or otherwise member of such experiments, you'll run them.

(On a more positive note, GEANT4 is open software and one can rather easily learn how to set up simulations of small experiments and play with them.)

Not the answer you're looking for? Browse other questions tagged supersymmetry simulations large-hadron-collider or ask your own question.

13
How to model/simulate pressures and flows in a network of pipes
3
Simulating a proton
3
With the LHC about to restart as max energy, are there absolutely no hints or tantalizing signs of Supersymmetry in previous data?
3
Is it possible to simulate Diffuse Interstellar Bands?
5
Simulation software to solve high school level mechanics problems
3
Molecular simulations of proteins: how good an approximation is electrostatics?