After that in next paragraph they are discussing the case $|k|>k_F$. For non-vanishing perturbative momentum distribution $k$ should be either equal to (depending on the spin) $k_1+q$ or $k_2-q$. My first question is why? Going on, there is this sentence that is confusing me:

"The conditions that $k_1$ and $k_2$ are inside the Fermi sphere, while $k_1+k_2-k$ are outside, can be expressed by the fermi distribution function."

On the next page #15 they is a diagram (fig. 28.2) in which they are trying to give some explanation regarding allowed values of $k_2$ but my dumb brain is not able to understand it. NEED HELP.

I am posting pictures of relevant two pages here: 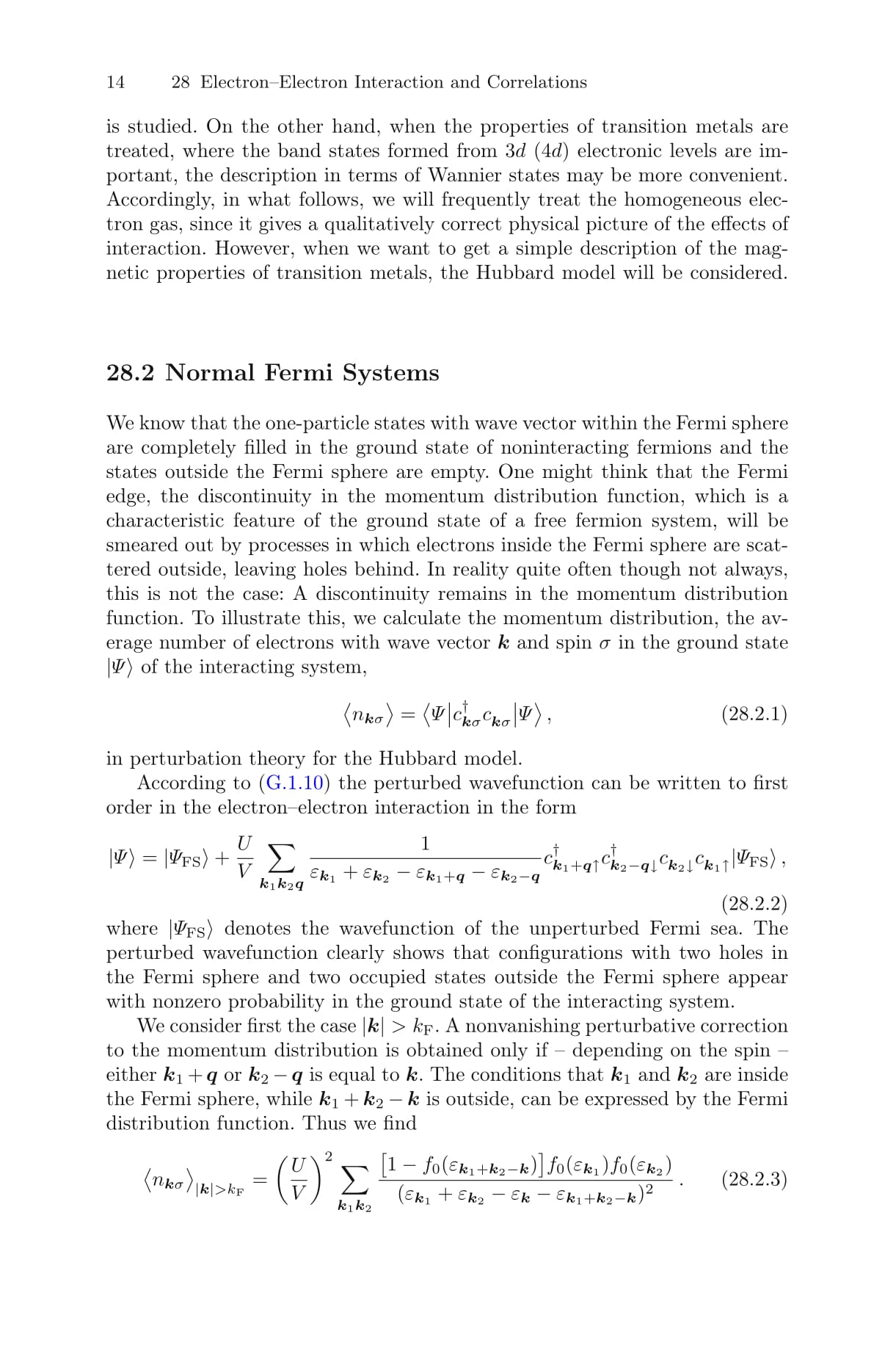 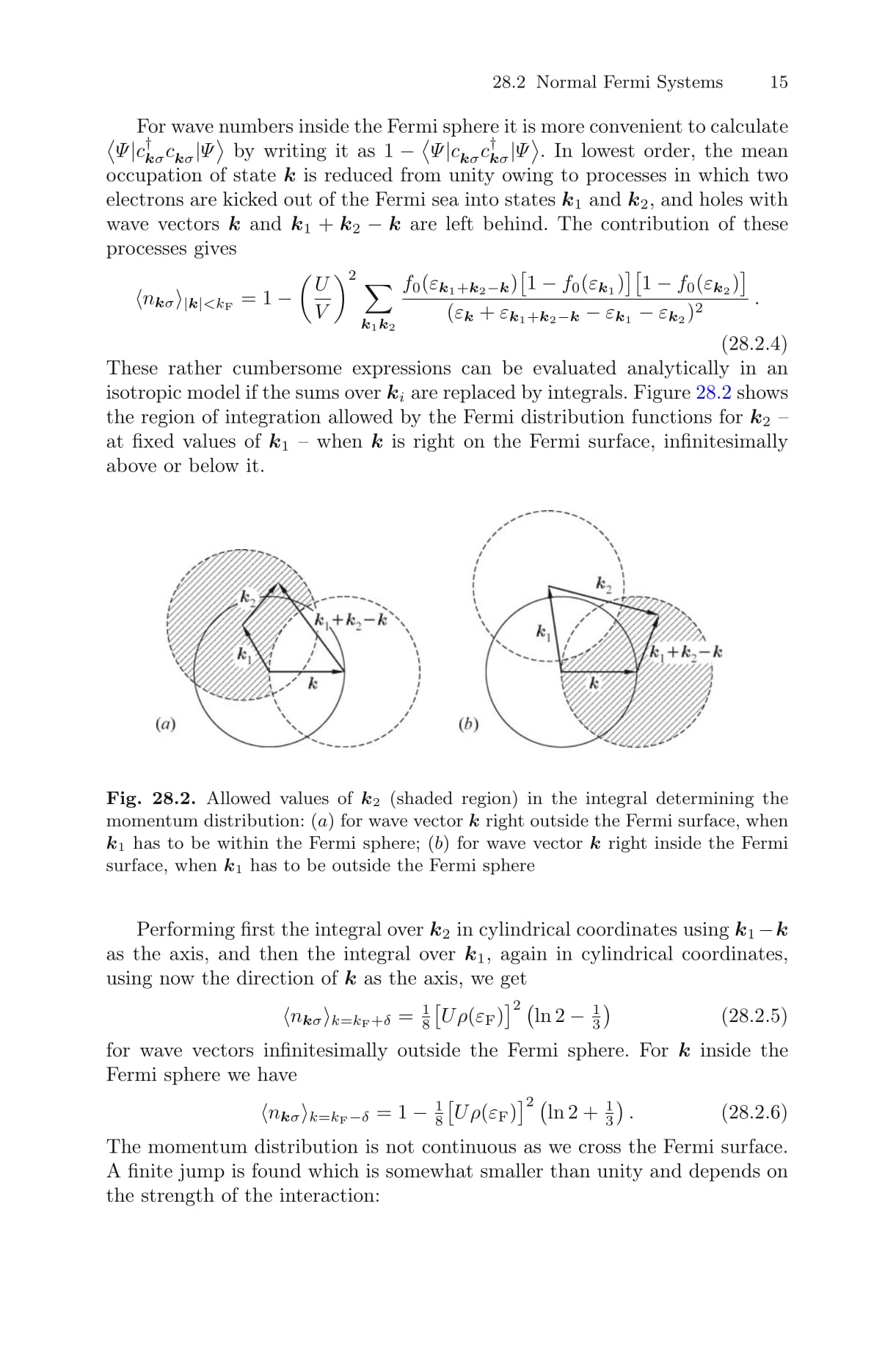 Browse other questions tagged quantum-mechanics condensed-matter solid-state-physics or ask your own question.

3
Anticommutatorrelation in Bogoliubov-de Gennes Hamiltonian
0
Did I understood well the Cooper Pair problem?
8
Unstability of Fermi surface in superconductors & Cooper problem
0
Hamiltonian in Piers Coleman - Introduction to Many-Body Physics book
2
What is the physical meaning of the particle-hole symmetry in condensed matter physics?