Which squared mass difference associates with which kind of neutrinos, solar or atmospheric or accelerator or the reactor one?

To start with, all named neutrinos are the same.

If you look at the particle data table , you will see 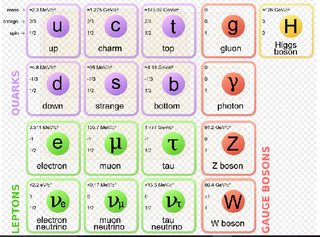 that the neutrinos of the three flavors ν1,ν2,ν3 correspond the same flavour leptons e , μ, τ, in that order, by definition of the generations of flavour.

"atmospheric" "solar" "reactor" "accelerator" are convenience labels of how these elementary particles are produced, in this case the neutrinos or antineutrinos. Different production mechanisms are at work which have to be taken into account to model the incoming to the detectors neutrino beam.

A look at the masses shows over how much energy the neutrino beam should be in order to be able to generate an onshell tau, or mu neutrino when interacting with the detector.

This is a flux from the sun:

There is not enough energy for the beam to oscillate into detectable taus and muons.

There are two types of experiment which might be envisaged:

(1) Appearance experiments, where one searches for the appearance of states with a new flavour in a beam. Such experiments are by necessity particularly sensitive to mixing parameters.

(2) Disappearance experiments, where one looks for the disappearance of neutrinos of the initial flavour from a beam. Such experiments might involve, in particular, electron neutrinos, in case there is not sufficient energy available to create neutrinos of another kind. Such is the situation with reactor-produced neutrinos and solar neutrinos, whose energy is far below the rest masses of the charged μ - and τ -leptons. These kinds of experiment are particularly sensitive to small energies and therefore also to small mass values.

It is the interaction and creation of a e , μ, τ that signals detection and is measured, or the disappearance in numbers of the electron neutrinos from the flux.

The neutrinos from the sun do not have enough energy to generate mus and taus when interacting with the detectors, only the reduction of the flux of electron neutrinos can be measured. There was a neutrino flux problem in solar models which was solved by the hypothesis of neutrino oscillations. The original model was the two neutrino model and thus the naming, using a theoretical model for the initial flux.

This is a good review of the subject.

A global analysis of the solar, atmospheric and reactor neutrino data is presented in terms of three-neutrino oscillations. We include the most recent solar neutrino rates of Homestake, SAGE, GALLEX and GNO, as well as the recent 1117 day Super-Kamiokande data sample, including the recoil electron energy spectrum both for day and night periods and we treat in a unified way the full parameter space for oscillations, correctly accounting for the transition from the matter enhanced (MSW) to the vacuum oscillations regime. Likewise, we include in our description conversions with θ12>π/4. For the atmospheric data we perform our analysis of the contained events and the upward-going ν-induced muon fluxes, including the previous data samples of Frejus, IMB, Nusex, and Kamioka experiments as well as the full 71 kton-yr (1144 days) Super-Kamiokande data set, the recent 5.1 kton-yr contained events of Soudan2 and the results on upgoing muons from the MACRO detector. We first present the allowed regions of solar and atmospheric oscillation parameters θ12, Δm221 and θ23, Δm232, respectively, as a function of θ13 and determine the constraints from atmospheric and solar data on the mixing angle θ13, common to solar and atmospheric analyses. We also obtain the allowed ranges of parameters from the full five-dimensional combined analysis of the solar, atmospheric and reactor data.

So the other mass squared differences have also been given an upper bound with solar data. It is the detection method that associates the identification to the source, and calling the Δ21 the solar neutrino is just the historical fact that a limit was first given using a two neutrino oscillation model.

4
What is the meaning behind the neutrino oscillation parameter?
7
Quark mixing vs neutrino mixing, mass eigenstates, weak states and detection
9
Why squared mass difference between neutrino 3 and 2 is a absolute value?
1
Measurement of Solar and other neutrino Mixing angles
2
How is $\Delta m^2_{12}$ is identified with the solar mixing angle?
4
Matter effects contributing in solar, atmospheric and reactor neutrino oscillations
1
Interaction of neutrinos with matter
2
What causes neutrinos to be weakly coupled?