What‘s the potential difference between two points of rectangle circuit in a changing magnetic field? 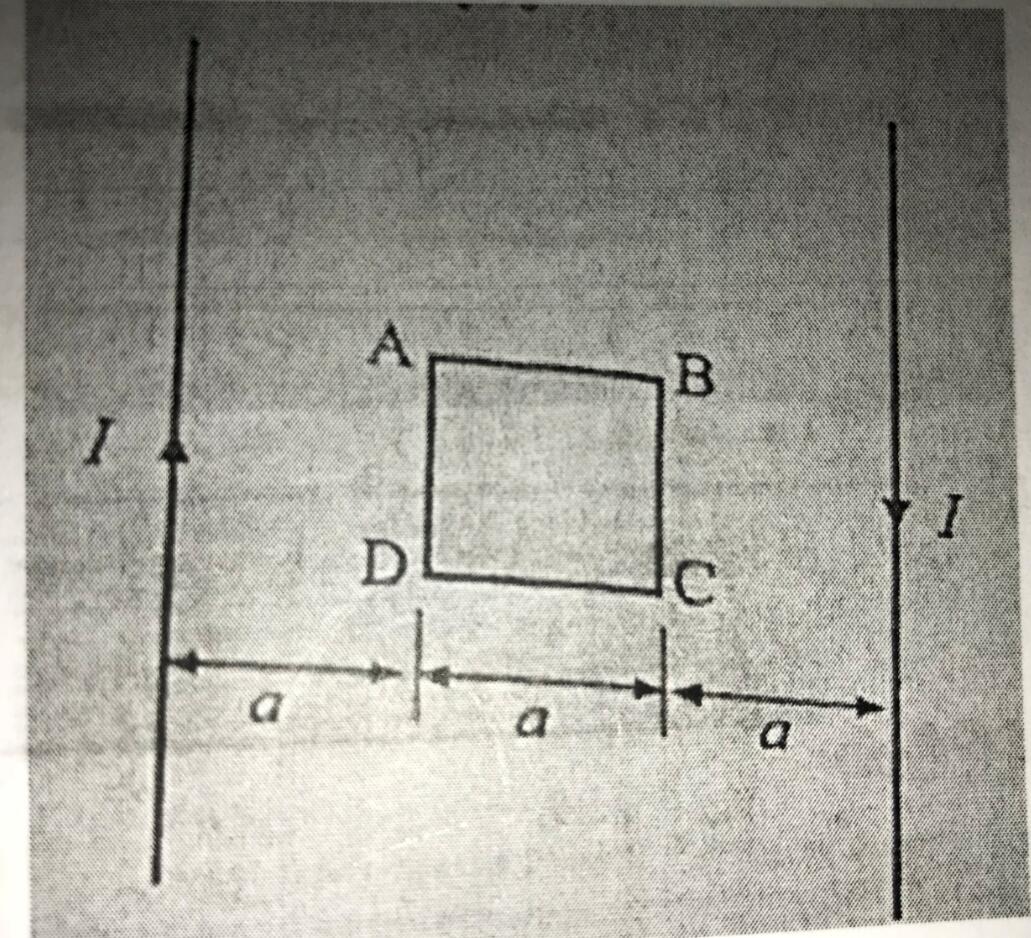 Here are two infinite wire with current I flowing through and I changes with time $I=kt+I_0$. They are $3a$ apart from each other and a square metal loop with length $a$ is placed at $a$ from one of the wire. The illustration is shown above.

It is easy to calculate the magnetic field from the Ampere's law along with the superposition principle.

So my question is what is the real potential difference between A and C, since a voltmeter must have a value if it is connected to this two points ?

The question about a voltmeter reading as stated has no answer unless you include a statement about the position of the voltmeter and the leads that connect it to points $A$ and $C$.
By connecting a voltmeter into the circuit you have introduced extra loops which have emf induced in them. 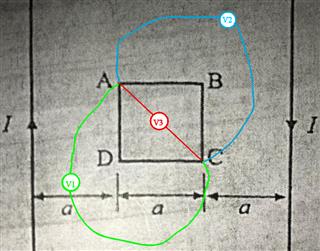 It is not a matter of "real" potential difference it is to do with the reading on a voltmeter.
In the diagram above all three voltmeter readings will be different.

Not the answer you're looking for? Browse other questions tagged electromagnetism electric-circuits classical-electrodynamics or ask your own question.