Why is steam-cooking slower at higher altitudes, where water boils at a lower temperature?

This question comes from a chemistry test that i got back. I'm posting this on physics.stackexchange because i feel that i don't get the physics side of it.

We learned that temperature increases the speed at which a reaction occurs. (This I do get: the more temperature/speed of molecules/kinetic energy, the harder and more frequently the atoms interact with each other $\to$ more products are formed) However I only get it when the pressure is held constant.

High in the mountains, water cooks at 97°C (instead of 100). How will that influence the time it takes to cook food with the steam (eg by placing the food in a pan above a pot of boiling water) ?

What I don't get is this:

I see why the water cooks at 3°C lower in the mountains versus on the ground, that is because there is less atmospheric pressure pushing down on the water.

I think of it like counteracting forces, sure the force on the water by the air is less in the mountains than when on the ground but the temperature is also 3°C less. Where has my reasoning gone wrong? 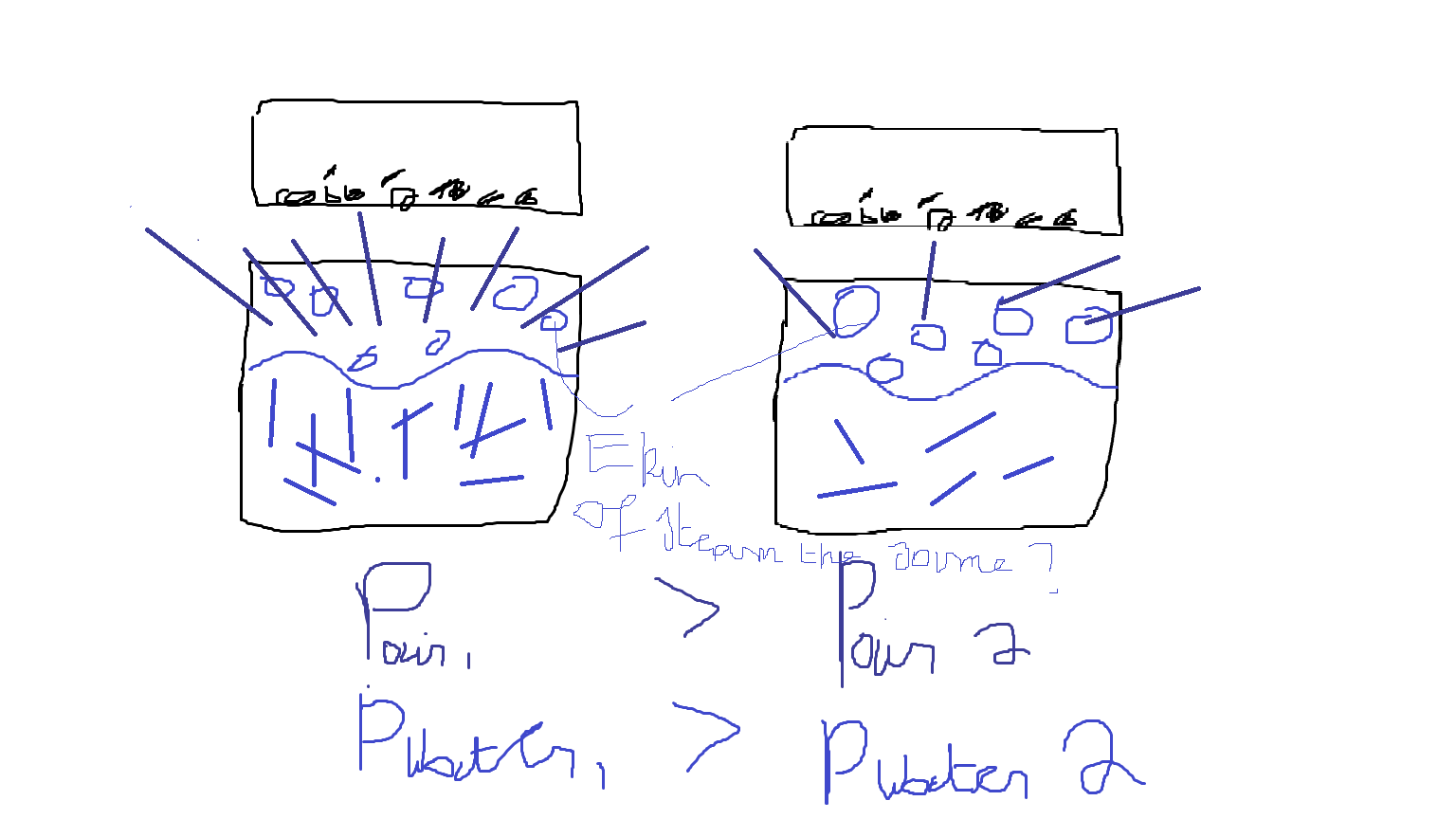 Wouldn't the kinetic energy of the steam in the two situations be the same?

I know this is a lengthy question with a lot of text but I don't know how to express it otherwise.

food cooks by having the heat from the stove change the protein molecules in it, as pointed out by Martin Beckett above. Since this is a chemical reaction, its rate depends on temperature. If we are cooking something by boiling it in water, since water boils at a lower temperature at higher altitudes, it therefore takes more time for the chemical reactions to go to completion. This is why you have to increase cooking times at high altitude.

The reason food cooks faster in a pressure cooker with water in it is that by raising the pressure seen by the water, you raise the temperature at which it boils. the chemical reactions by which food cooks then take place faster, and the food requires less time to cook.

Your Question: High in the mountains, water cooks at 97°C (instead of 100). How will that influence the time it takes to cook food with the steam (eg by placing the food in a pan above a pot of boiling water) ?

The answer: It will take longer.

What we normally think of as steam is actually condensation due to the steam being in saturated air. True steam is actually invisible to the eye. Superheated steam in air can spontaneously set things on fire due to its heat.

For regular boiling, as steam is driven off it will be at a much lower temperature if the pressure is lower. That’s because it is the combination of the kinetic energy of the water molecules moving into air that makes it boil. With air pressure higher, there is a greater requirement for the energy of the water molecules to counteract the downward force of the air. Less pressure is equivalent to less energy bing put into the system to achieve the boiling point or kinetic entergy. From you own formula. temperature/speed of molecules/kinetic energy

Hotness (temperature) and heat are related but are not the same thing. Every time water goes from one state to another, it requires the gain or loss of a lot of heat.

Water boils at about 100 degrees C on average at sea level. The actual boiling point depends on the air pressure. Once it gets to the boiling point, it will require a lot more heat (540 calories per gram at 100 degrees C) to get it to change from a liquid to a gas. This because it takes a lot of additional energy to make it break the hydrogen bonds that bind the molecules together.

Steam, released into the atmosphere, will instantly start giving up it’s heat in order to revert back to water. From the standpoint of being severely burned, steam is much more dangerous than boiling water. If you’ve ever reached across a boiling pot on your stove, you know this.

Steam can be heated to hundreds or even thousands of degrees above the boiling point in a pressurized container. Super heated steam has many industrial uses

6
Do my noodles cook quicker when the water is boiling or when it is just about to boil?
2
Why is there more steam when water is subject to less fire?
3
Estimate temperature and pressure of steam in a pot of boiling water
1
Why wouldn't an increase in steam pressure force water out of a chamber faster?
6
Temperature of steam rising off boiling water
6
Why do steam and hot water spray from my thermos flask?
0
Why is the secondary inlet temperature in a Pressurized Water Reactor (PWR) so high?
0
Why is the rate of evaporation higher, if the air pressure is lower?
0
Pressure needed to increase water temperature
18
Why do we "feel" steam at 100 °C as hotter than water at 100 °C?