Why do you have to include the Jacobian for every coordinate system, but the Cartesian?

In physics and engineering it is common to convert between different coordinate systems - spherical, polar, Cartesian, e.t.c. - depending on the problem. Physically, they are all clearly equivalent and it shouldn't matter which one we use.

Nevertheless, when solving problems involving volume or surface integrals, we always have to add the Jacobian matrix to the expression if we are any other coordinate system but Cartesian, just as if we were converting from the Cartesian system.

It seems intuitive that we should be able to go from this expression and express $V$, $\textbf{u}$, $\nabla$, and $dV$ in whatever coordinate system we want at this point, but plugging the spherical coordinates straight into the expression yields the wrong answer - one has to add the Jacobian just as if the first step was expressing everything in Cartesians and converting to polars. Why do Cartesians get such special treatment? My expectation would be because the eigenvectors are constant throughout space, but I would appreciate a more thorough explanation.

Because our world is (locally) Euclidean. 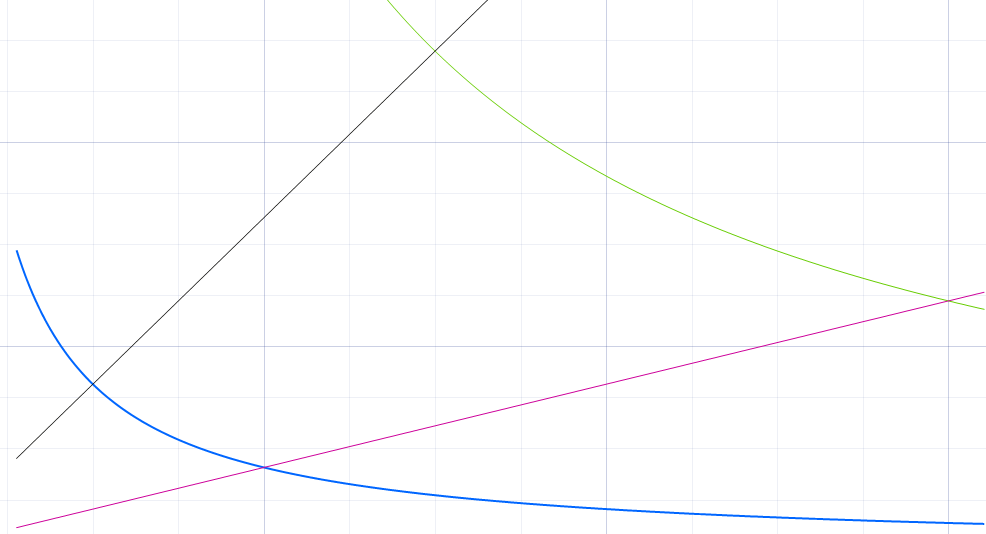 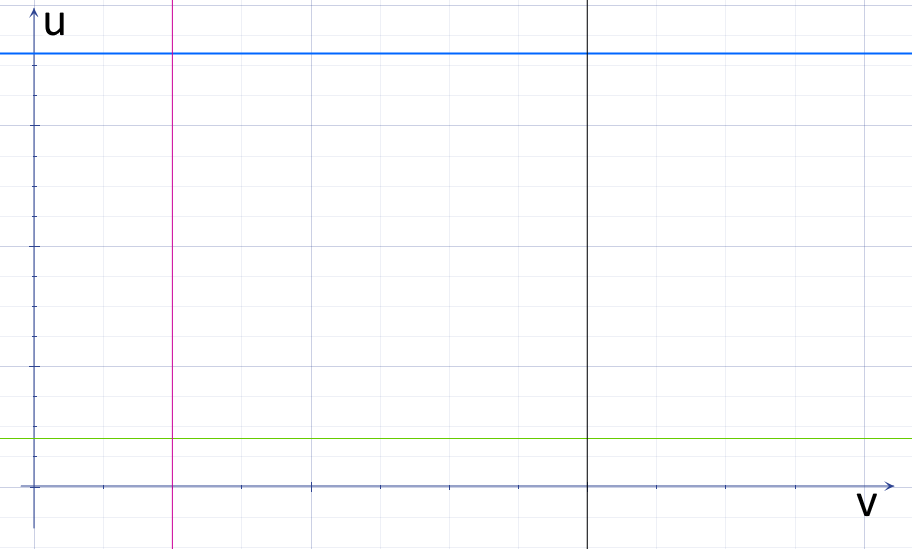 In our world it is not that simple and the area bounded by those lines is definitely not that. Now the Jacobian is the tool we use to convert the value of a measurement from one coordinate system to the value that would be obtained if the measurement were performed in Cartesian coordinates. It represents the infinitesimal relation between lengths of an object when drawing in one system to the other. Infinitesimal lengths can always be considered straight lines.

It is important to clarify that Cartesian coordinates is not the only “straight” coordinate system. Any system formed by non orthogonal straight lines can be considered. The thing is that we would consider those systems as sheered and then not necessarily natural.

PS: The Jacobian is always there. We just define $|J|=1$ for a Cartesian coordinate system because the results from this system have direct relation with our world. Some alien species living in a world with a very strong gravitational field (next to a black hole for example ;-), would have defined their $|J|=1$ to a different system.

Because of the correspondence of Cartesian coordinates and the “real world”, one could notice, either experimentally or by logic (using methods like squaring the circle and cutting the circle) that $I_c$ gives the same face value as the area bounded by the limiting curves. Therefore, one can define the area as $$A= \int \int \, dA=\int \int dx \, dy$$ And the element of area $$dA=dx \, dy$$ However, $I_p$ gives a different value (in this case the perimeter of the circle). From this point onwards, 2 things can be done;

1. Define $│J│=1$ in the starting system

With this definition, applying the Jacobian when passing from the original system to the next will allow you to get the same numeric value, but double integrals will have all sort of meaning, depending on the meaning it has on the starting system, making it a little ambiguous at minimum.

2. Define $│J│=1$ in the Cartesian system

With this definition, all systems will have not only the same numeric value, but all double integrals will result in area of the surface bounded by the curves.

The same for volume integrals.

The Jacobian is the multiple integral analogue of the u-substitution method. For example, if you want to make the substitution $x = 2u$ in an integral you are effectively introducing a change of coordinates from $x$ to $u$ and you have to put $dx = 2 \space du$ in place of of $dx$. Similarly for the multidimensional case you make the replacement.

Without a change of variables theres no need. You could use the Jacobian if you wanted by considering yourself to be making the substitution $$x(x,y) = x,\space y(x,y)=y$$ but the Jacobian would just be the identity matrix which

has a determinant of $1$ giving you $dxdy=dxdy$

Similarly, in the one variable case the substitution $x=x$ gives $dx=dx$ 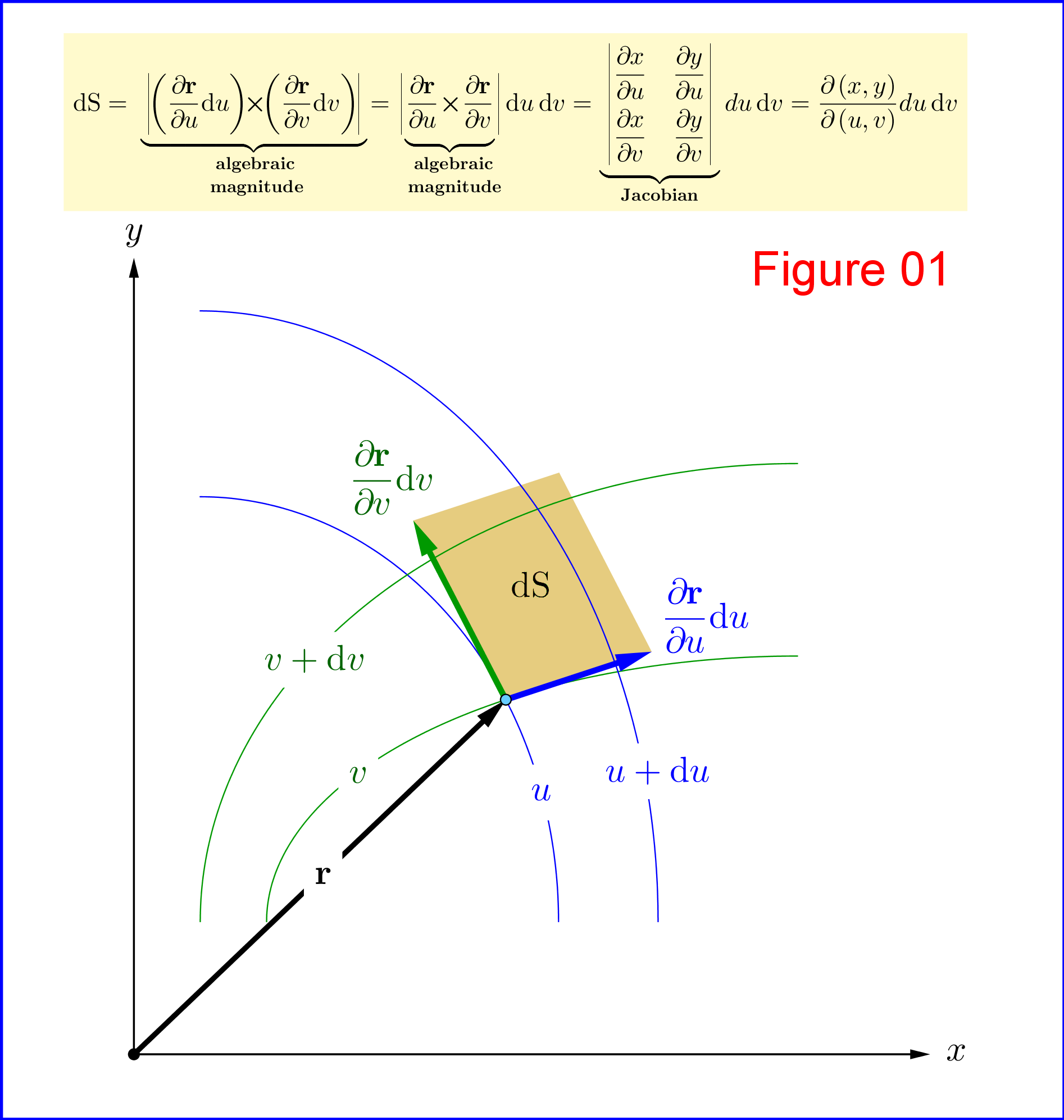 Also, an everywhere non-zero Jacobian is a necessary and sufficient condition for the inversibility of coordinates transformations. 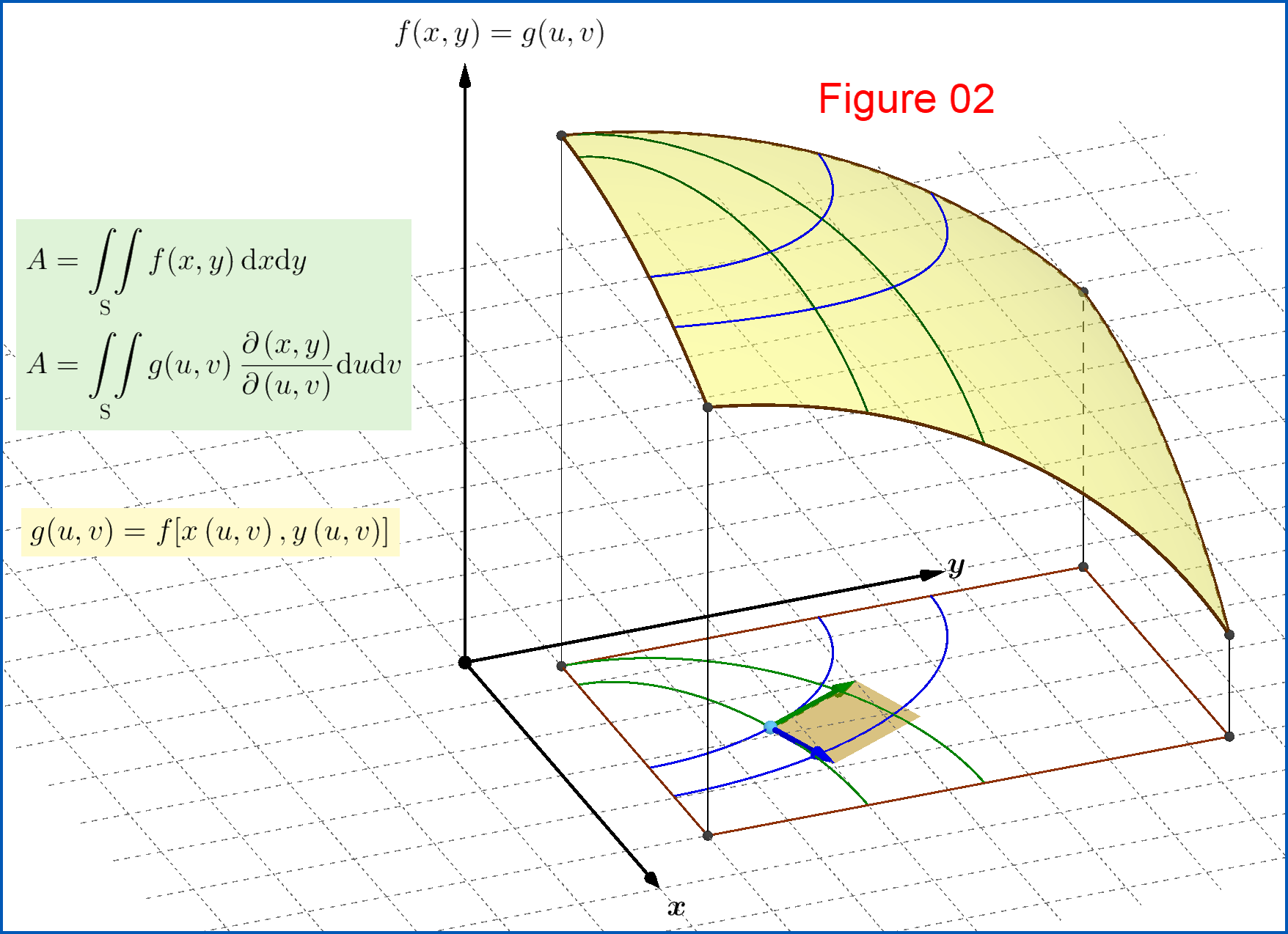 The original question: "Why do you have to include the Jacobian for every coordinate system, but the Cartesian?"

Perhaps you should elaborate on why │J│=1 for Cartesian coordinates, and the rest of your answer will hold perfectly.

Most people define extent of a rectangular object in $\Bbb{R}^n$ in a Cartesian sense as the product of the $\Bbb{R}^1$ extents. In that case of the transformation of an Cartesian original n-dimensional space to Cartesian $\Bbb{R}^n$ is the identity matrix, which is the matrix equivalent of $1$ for coordinate transformations. But, why bother with putting a 1 in your formulas?

Not the answer you're looking for? Browse other questions tagged differential-geometry coordinate-systems covariance or ask your own question.