For a long time I've been curious about predicting the acoustic power spectrum of river sound from hydrodynamic measurements.

What got me started thinking about this topic was repeatedly observing the band-limited energy of powerful rivers when looking at spectrograms of audio recordings:

It's apparent that most of the energy of this river is contained between the 200 Hz and 2000 Hz bands. Removing the time axis (by taking a median) makes it easier to see that the energy is actually distributed around a few central bands (500 or 630 Hz): 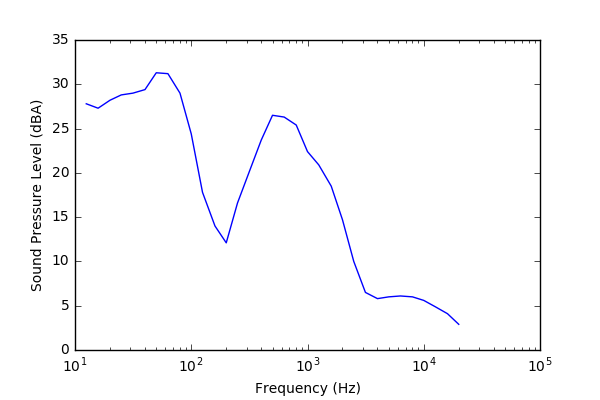 A similar pattern (with varied bandwidth) has appeared at dozens of measurement locations near alpine rivers.

I believe this observation has the same peaked quality as spectra described theoretically by He et al. 2004, Figure 1, pg. 3 and observed empirically by Lockheed-Georgia Co. 1976. 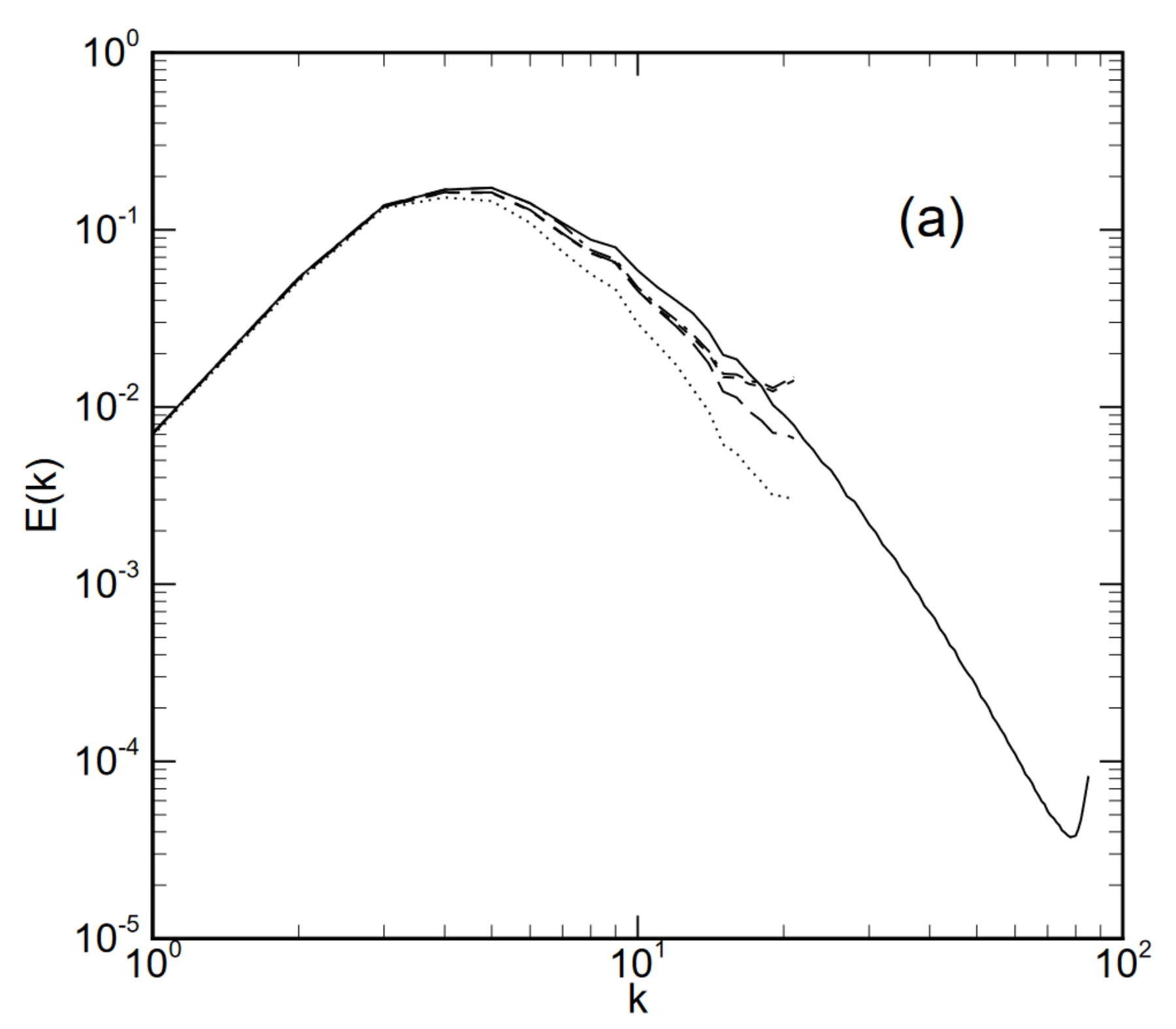 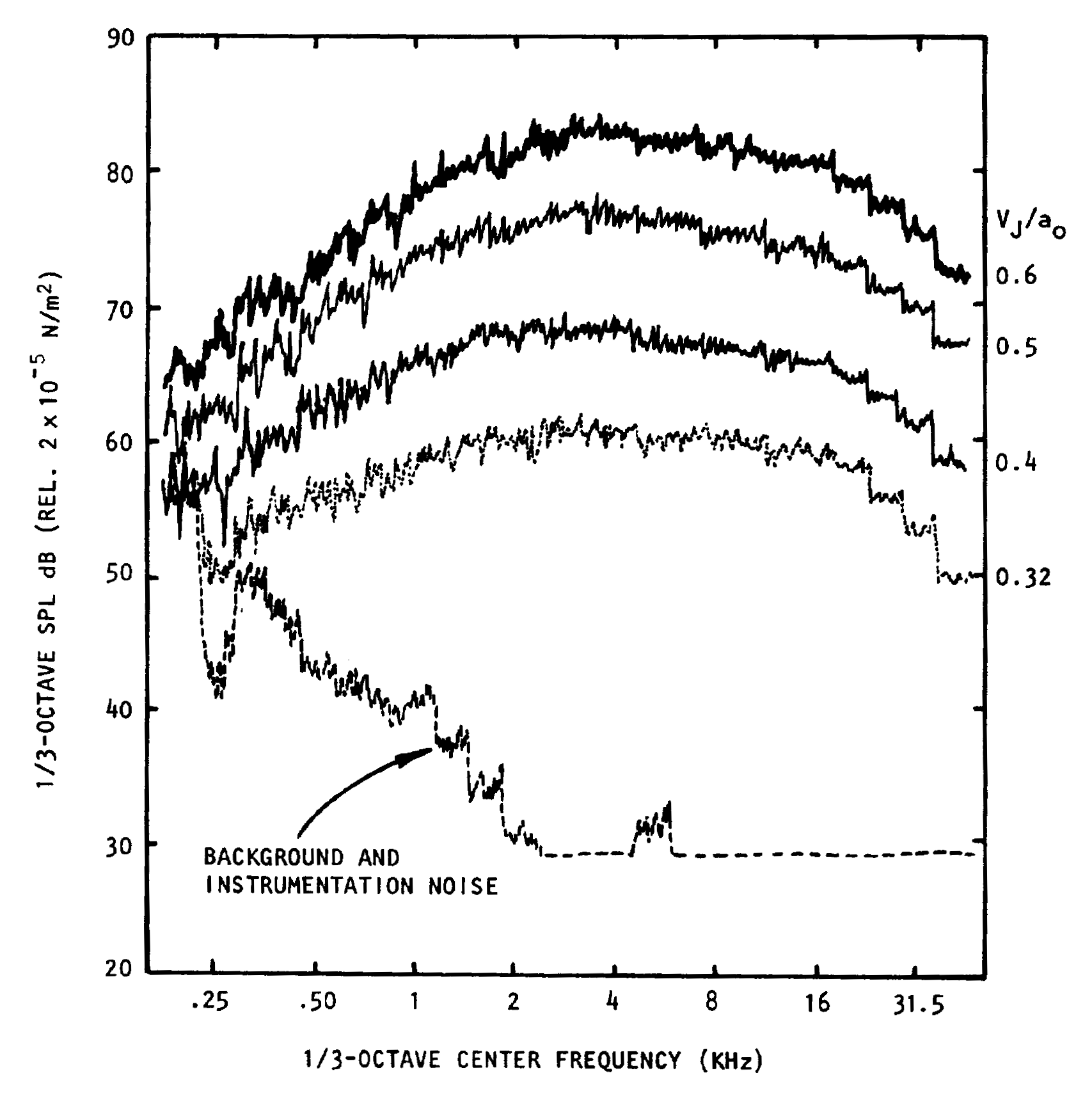 Of course there are possible environmental factors - such as terrain attenuation or atmospheric effects - that could be producing such a peaked spectrum. For the sake of a simpler answer, let's assume the receiver position is above the river pointed at the flow and that the receiver is in the far field.

Is there a theory that predicts such a peaked acoustic power spectrum in terms of measurable hydrodynamic properties?

I'm assuming that most of this energy is either coming from resistance in the form of rocks (on the bed or sticking up in the flow) or from the sound of turbulence, itself.

In the former case I thought Johnson-Nyquist noise might be helpful (by analogy), and in the latter perhaps Kolmogorov's length microscales? I've also considered explanations derived from Sir James Lighthill's aeroacoustic analogy.

I'm especially interested in theory that could be coupled to practical hydrology measurements such as slope, discharge, or grain size.

With the lack of any other answers to this question I'll provide the best I've come up with.

Acoustic spectra of turbulent flows have a peaked form due to the various subranges where different processes dominate energy dissipation. This is shown conceptually in Tavoularis 2002: 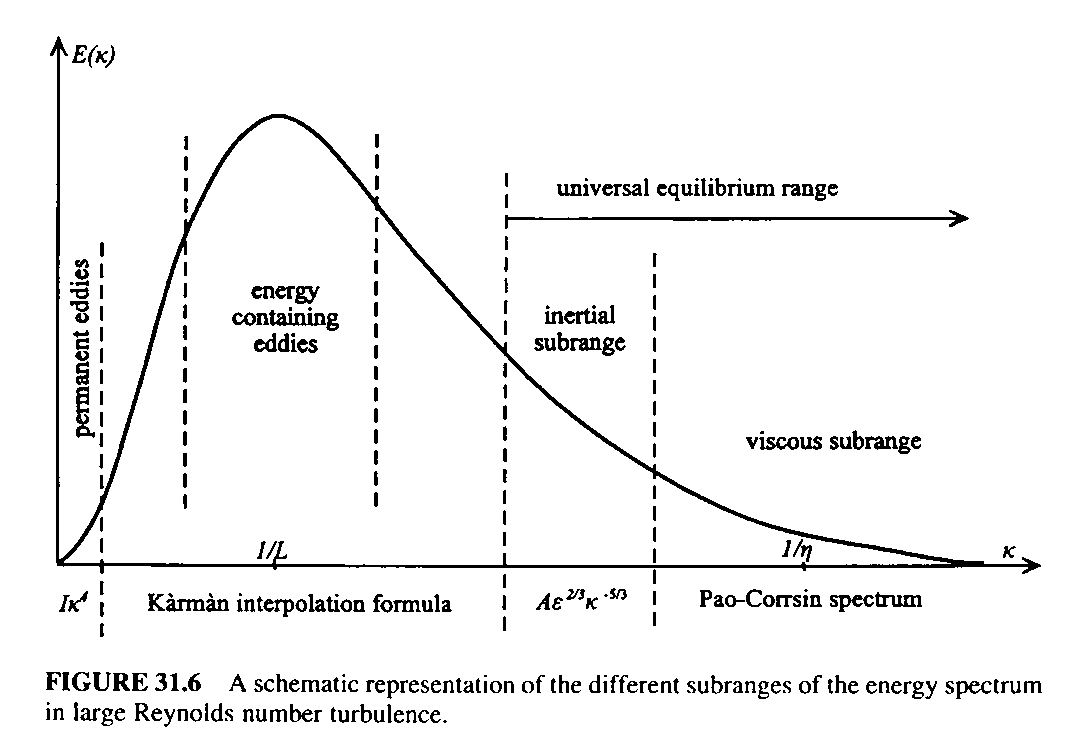 The author continues by providing approximate wavenumber bounds for each subrange, and a corresponding formula for each. For the peaked energy-containing subrange:

"The range of energy containing eddies, having wave numbers comparable to $k_{\ell} = \frac{1}{\ell}$. In homogenous and isotropic turbulence there is no production and these eddies simply lose their energy as they pass it to smaller eddies. However, in shear flows, the energy containing eddies would continuously receive energy from the mean flow. An empirical expression is the von Kármán interpolation formula."

Which they give as:

I wanted to see how the shape of the von Kármán interpolation formula compared to the empirically observed spectrum.

We can make the following comparison: 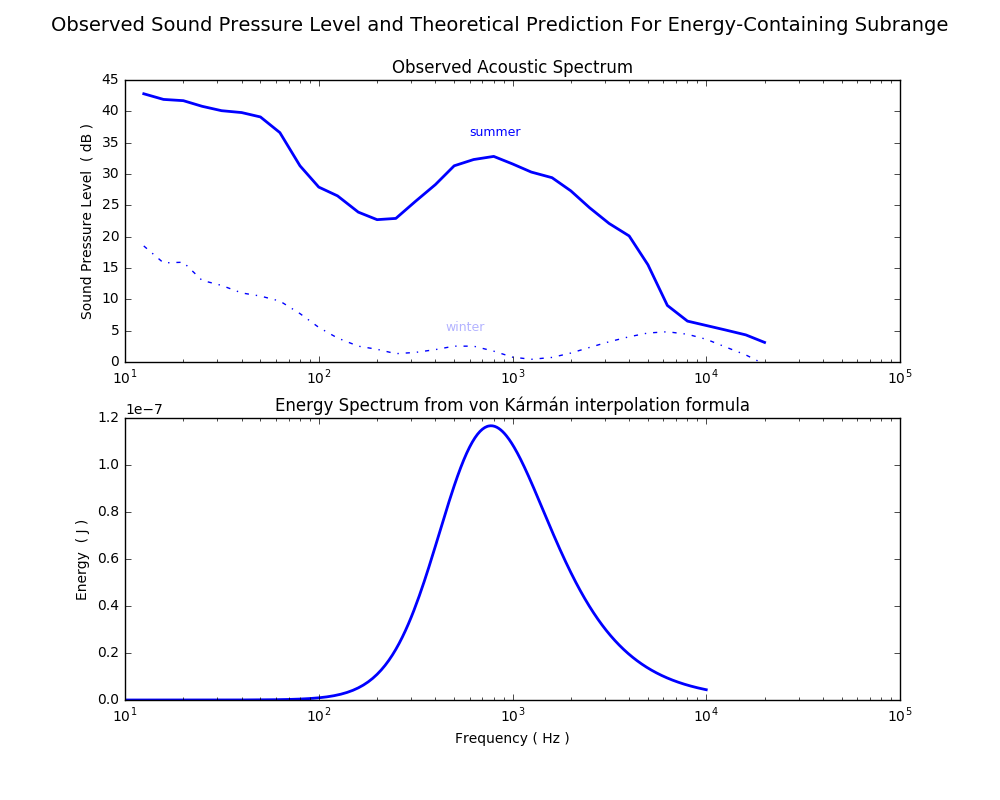 I'm not sure how to get the final energy dissipation spectrum into Sound Pressure Level units, but the peaked spectrum appears at least roughly similar to the summertime conditions. I've also added the winter conditions (dashed line on upper plot) from the same location to show how much less pressure energy exists in the environment when the river is frozen.

Additionally, neither $A$, $\epsilon$, nor $k_0$ are easily quantified in the field.

Not the answer you're looking for? Browse other questions tagged fluid-dynamics acoustics measurements turbulence noise or ask your own question.