What do we mean by fit of data in particle physics?

I am unable to clearly understand the meaning of fitting the data. Like in this paper of determination of mass and width of Z boson and number of neutrinos (from ALEPH detector) 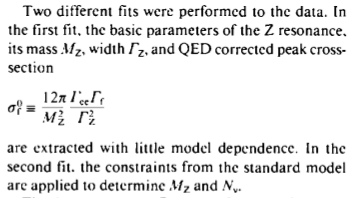 Does it mean that that we draw the lineshape using theory and taking into account xyz parameters/constraints?

As here one of them says taking little model dependence. So what does it mean? 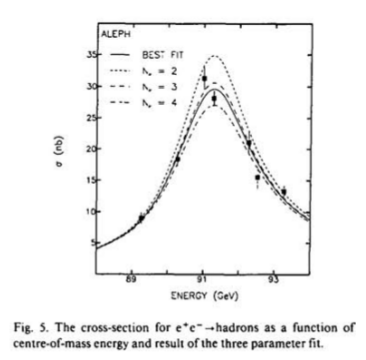 When one has a resonance, particularly one never seen before , one starts by using the data left and right of the resonance as a background extrapolated under the resonance so as to get the experimental significance of the signal. An example is the Higgs discovery: 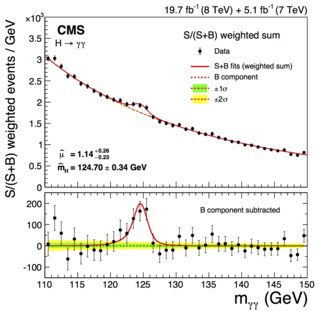 Combined diphoton mass spectrum illustrating the significance of the observed excess, where events are weighted by the expected signal-to-background ratio. The corresponding background-subtracted distribution is shown in the lower panel.

This is a plot that establishes the existence of a resonance, but cannot be compared to theory because of the measurement errors , the width in this example should be of the order of MeV,not GeV, the experimental errors have to be unfolded.

The use of Monnte Carlo events is necessary to fit the data.

It also uses the kinematics of the theory under consideration, according to various parameters of the standard model to be tested .

That is the minimal way of fitting the Z (in your question), "little model dependence". 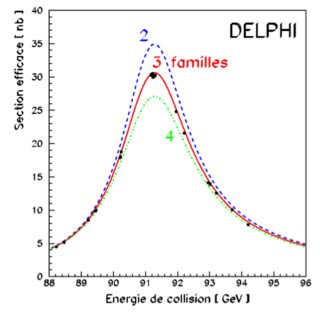 The black dots are the data, the hashed lines the best fits to the data for each hypothesis.

Not the answer you're looking for? Browse other questions tagged particle-physics experimental-physics large-hadron-collider data-analysis scattering-cross-section or ask your own question.