Tricky: Inserting a conductor in a parallel-plate capacitor

Consider a parallel plate capacitor formed by two plates of length $L$ and width $d$, separated by a distance $e$. There is a vacuum in between the plates. Let's note the capacitance of this arrangement $C_0$. 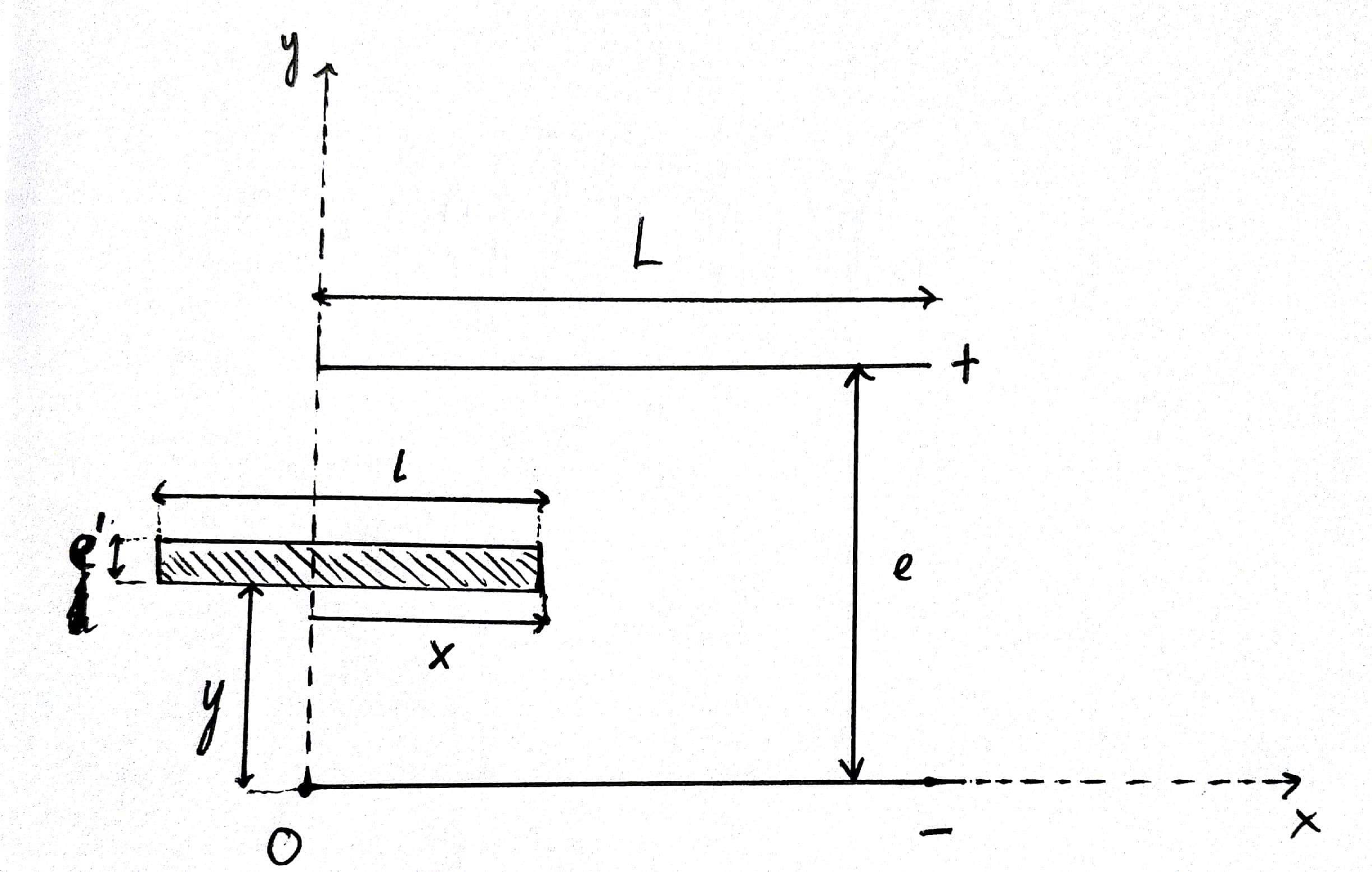 I would like to find the equivalent capacitance of this apparatus in terms of the distance $x$.

Of course if $x<0$, the conductor is not inserted at all so the capacitance remains unchanged, $C_0$.

Consider the case where the conductor is inserted partially, i.e $0<x<l$.

According to my notes, in this case the apparatus is equivalent to the arrangement of capacitors below: 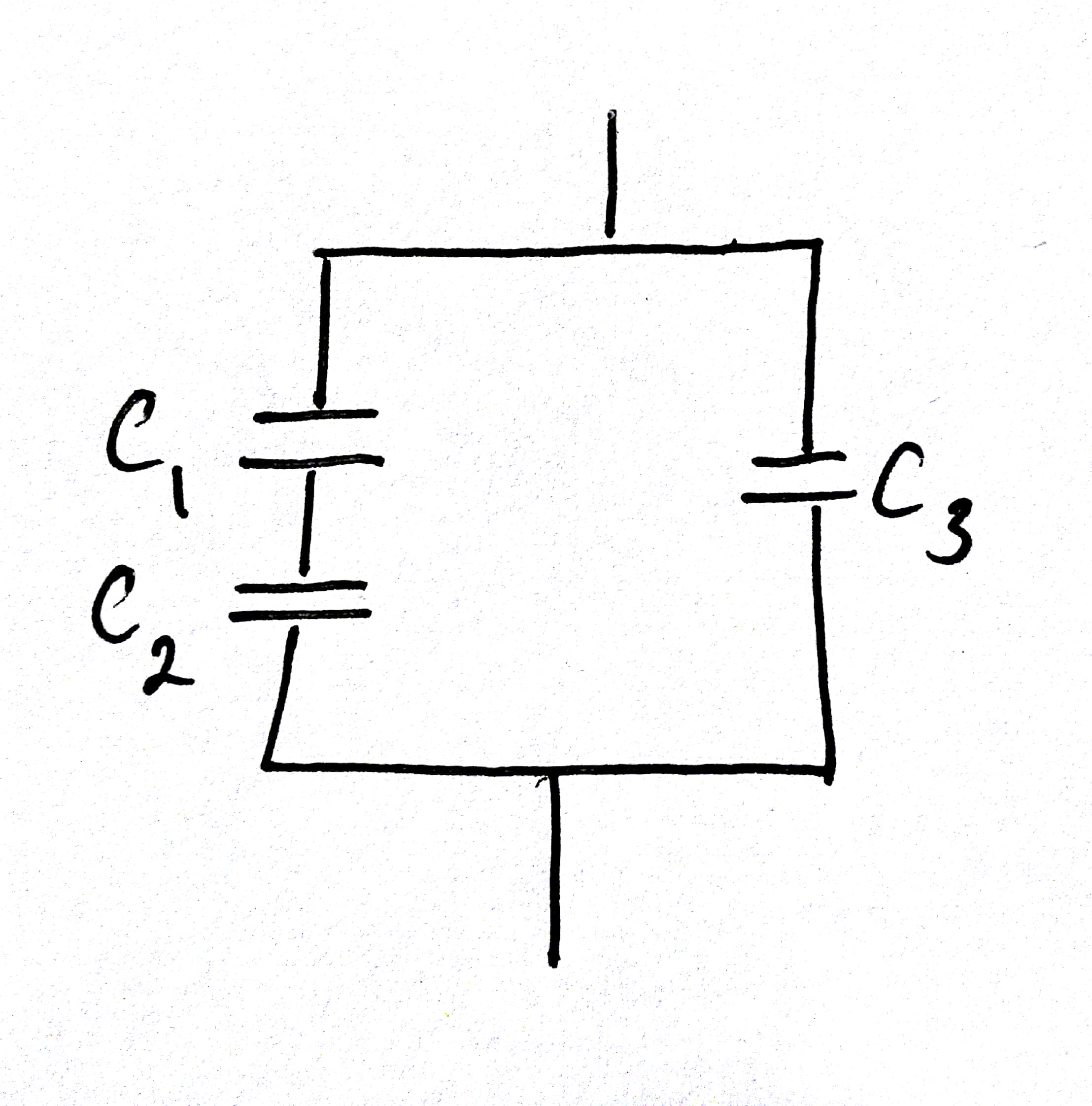 I do not understand why this configuration is equivalent to the arrangement of capacitors given above.

Finally, if we now consider the case where the conductor is fully inserted, i.e $l<x<L$, then apparently the capacitor arrangement changes completely and we now actually have four capacitors (2 in series, which are parallel with the other two). I don't understand why.

In your configuration, $C_3$ is given by the electrodes at distance $e$ but the width is now $L-x$. Or put in another way, you can see you capacitor as the parallel of two capacitors, let's call $C_3$ and $C'_3$. Now, as you've figured out, $C'_3$ is given by $C_1$ and $C_2$ connected in series, and $C_3$ is like you original capacitor (without the conducting plate) but with electrodes with width $L-x$. So you have to consider the part of you electrodes that "see each other" When the conducting plate is totally inserted the situation is the same, you have part of the original electrodes that "see each other" both on the left and right of the conducting plate. Hope this helps.

Here I draw a simple illustration to show the configuration of the given system. 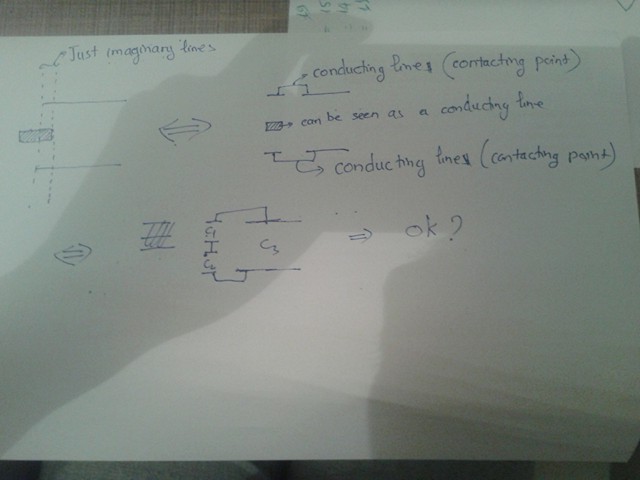 Not the answer you're looking for? Browse other questions tagged electrostatics electric-circuits capacitance or ask your own question.