Information contained in a quantum simulation 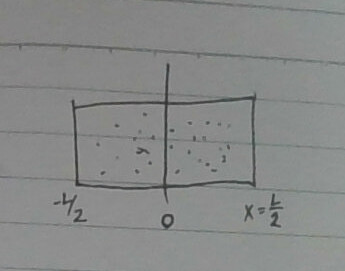 Now we will quantify the amount of information in both systems.

In order to quantify how much information the box of particles contains, we can use the Shannon Entropy. For a random variable $P_i$ representing the probability of finding a one of a zero in the string at position $i$, the information entropy is$$ S = - \sum_i P_i \log P_i $$ If we assume the particles are sufficiently mixed up in the box, then every $P_i$ will have a probability $\frac{1}{2}$, and then total entropy will be $\frac{N}{2} \log 2$

Question 1: Does there exist a density matrix that contains the same amount of information as the classical system?

Question 2: Does there exist a Hamiltonian to control the evolution of the quantum computer so that the information contained in both systems are always equal?

What do you mean by "information"?

Holevo's theorem says that the most classical information you can extract from a system of $t$ qubits is $t$ classical bits. However, if you want to approximately describe an arbitrary quantum state on $t$ qubits, you need $c^t$ classical bits to do so ($c$ is a constant that depends on how good you want the approximation to be).

But as for how much "information" there really is in the system — this seems like a philosophy question to me.

In general, the entropy of a system is written $$ S_\text{tot}=S_{EE}+S_\text{thermal} $$ where EE denotes the entanglement entropy. In a thermal classical system, you have no ignorance associated with the possibility of states being entangled. However, a quantum computer simulates the classical system using some quantum circuit that has non-zero entanglement entropy so clearly the information content of the two systems are different.

Not the answer you're looking for? Browse other questions tagged quantum-mechanics quantum-information information or ask your own question.

2
Relation between classical and quantum information
12
Accurate quantum state estimation via "Keeping the experimentalist honest"
8
System with no entanglement but consuming quantum discord
2
How do we quantify this kind of information in Quantum Mechanics?
2
Is uncertainty and correlations actualy the same thing?
1
Why does less knowledge imply more correlations?
4
How to understand the Holevo capacity intuitively?