I'm having a couple of problems understanding the Faraday cage more thoroughly. I understand the basic explanation, but frankly I see some things that don't work out, and am not sure if it's due to the evidence not being general or me misunderstanding something.

The most simple example is to have a conducting body with no external field present. In general, you're usually given the explanation that the field has to be $0$ within the body, because if it isn't, the charge will redistribute itself in such a way that it becomes zero. This makes sense to me, and I do know how you can confirm it with Gaussian surfaces, etc.

Now, if we add an external field, the charges are affected by this, and the same argument as above can be used to explain why the field is $0$ within the body of the conductor. However, what I don't get is why it has to be $0$ within the hole. My initial guess was that due to the upper- and lower edges of the cage, the external field initially gives a current within the cage, as such: 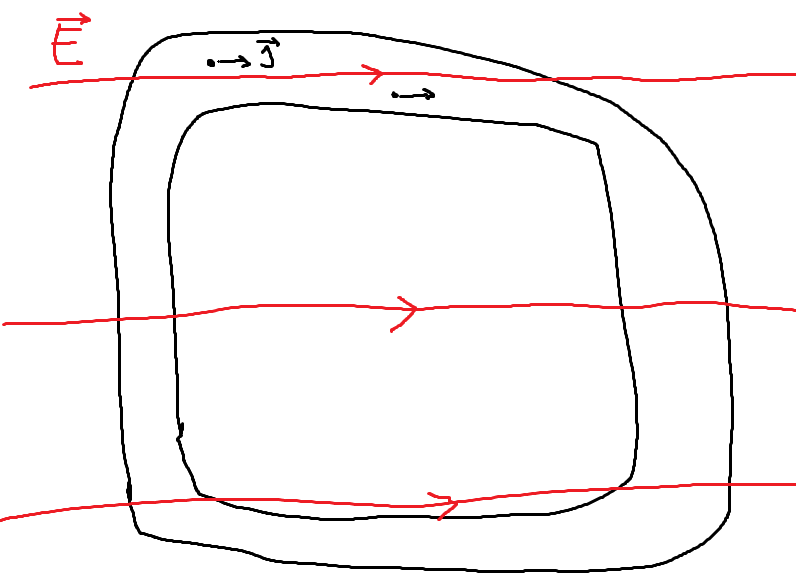 I do understand that this will balance out the field in the middle, but I don't know how this would prove it. Like, I can use the same argument as before to justify why there is no field within the conducting body, but since there is air in the middle, that argument won't work. My question is therefore: How do I know that this redistribution will exactly cancel the field? Not to mention, this is a very simple field, so it's only a special case. Either way, it might be enough to understand how it works generally.

My other question is about a large grounded plane standing next to a charge, as such: 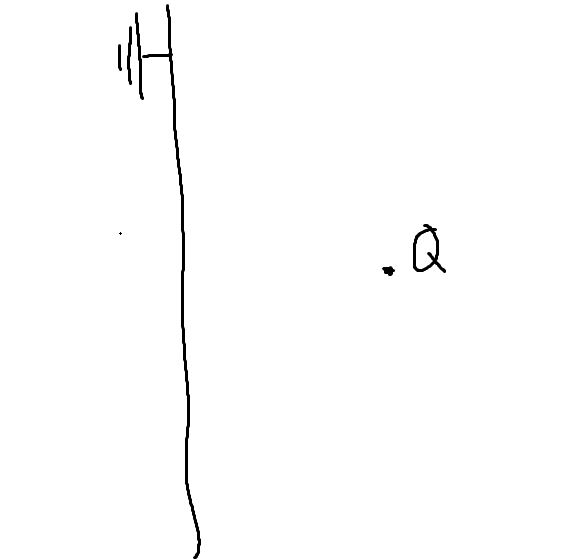 From what I've heard, this gives a similar result as with the Faraday cage - the field is $0$ left of the plane. Again, I can see how the charge $Q$ causes a redistribution of charges in the metal plane. (And if it's large, I'm guessing that it can appear to have a different net charge depending on $Q$, because the opposite charge $-Q$ is far away out the edges. The larger the plane, the less we have to care about this effect. Please correct me if I'm wrong.) Now the problem, again, is that I don't see how this in any way proves that the field has to be $0$ left of the plane... I can only understand why the field has to be $0$ at the plane and along the plane. The first part (at the plane) is because it's the only conducting part. The second part (along the plane) is because any outward component is seemingly not effective as the resistance of air is too big to cause any outward current.

So essentially, I'm curious about the proof that shows why the field within the cage (in the first example) and behind the plane (in the second example) has to be zero. All the explanations so far seem to be treating air like a conducting body, using the same reason as with the inside of a conducting body. Am I missing something important here, or is there another reason?

The electric field is zero everywhere inside the cavity only if there are no electric charges inside.

If there are no charges inside, the electric potential at any point inside obeys the Laplace equation

and it also obeys the boundary condition:

where $V_0$ is some number, independent of the point(due to conductivity, in static case $V_0$ is the same number at all points of the surface).

It is easy to see that one possible function $V(x,y,z)$ that obeys these requirements is

But there is also a mathematical theorem that there is only one function $V(x,y,z)$ that obeys these conditions (uniqueness of potential for the boundary problem). So the constant function we just found is the only solution.

Constant potential inside the cavity means that electric field there is zero.

Not the answer you're looking for? Browse other questions tagged electromagnetism electric-fields or ask your own question.