I have a follow-up question from my answer to a previous question.

There is nothing controversial about this, it is repeated in various textbooks and the derivation gets taught. For example, these notes or these ones.

Griffith's version is symmetric about $y$, Liénard-Wiechert is not.

Presumably someone has made a sign error. One or the other of these formulas is wrong.

Have I misunderstood this? Are they both right?

I bought Griffifths's book and looked at his derivation.

I thought he had something wrong because I didn't read it carefully enough. His angle theta is not the angle I thought it was. We have the direction from the source at retarded time to the target, $n$. And we have the velocity vector, $v$. I thought theta was the angle between $n$ and $v$.

But instead his theta is the angle between $n-v$ and $v$.

When I make those changes, the result is exactly the same as L-W.

It's possible to make a physical interpretation for both graphs. In the first case, we have a bunch of source charges which are equidistant from a target at retarded time, and they all travel at velocity V. Since they are equidistant, their force arrives at the target at the same time, now, while the charges themselves each move. The direction each force pushes is tilted from its direction at retarded time, and that direction happens to coincide with the charge's location at present time. The magnitude of the force is also changed. 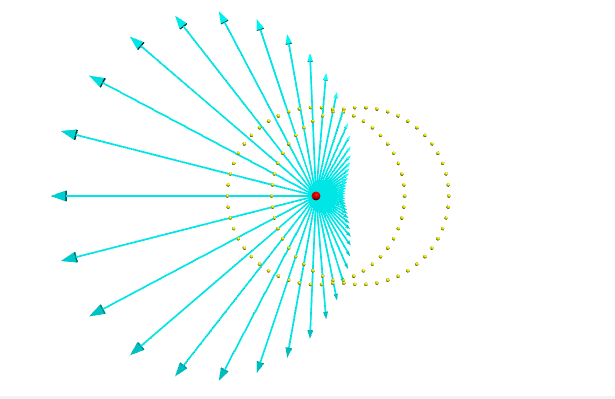 With constant velocity, we can instead consider the following physical interpretation: Consider a bunch of source charges which are equidistant from a target at present time, and they all travel at velocity V. Imagine that the speed of light is infinite. Then the forces will all arrive at the same time, now. None of the forces are tilted relative to their sources, but their magnitudes are reduced inline with velocity, and increased normal to it.

This fanciful interpretation works only for constant velocity. If the sources do not reach their proper place at present time, the illusion is destroyed because in fact the forces depend on the location and velocity at retarded time. 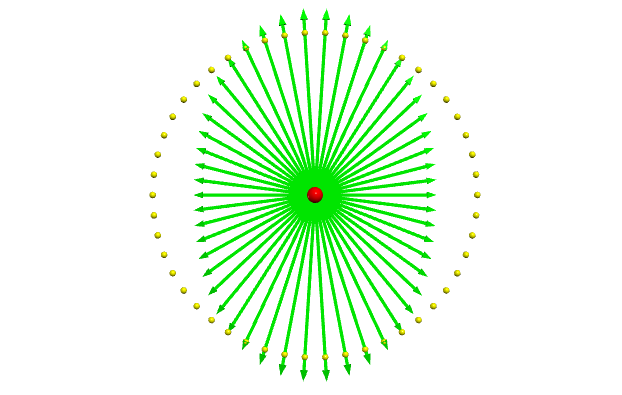 Not the answer you're looking for? Browse other questions tagged electromagnetism electric-fields field-theory maxwell-equations or ask your own question.

2
Surely force on shell can't be balanced by field momentum?
1
Field of moving charge / Lorentz; Liénard-Wiechert
11
From Liénard-Wiechert to Feynman potential expression
0
Confusion about Lorenz Gauge assumption in derivation of Liénard Wiechert Potentials/Fields
2
Do the electric field and magnetic field derived from the Lienard-Wiechert potentials satisfy Gauss's law?
4
Why is Gauss' Law for Electric Fields still applicable when $\vec{E}=kr^3\hat{r}$?
0
Where did I misunderstand Lienard-Wiechert?