Does second dimension exist? or any other dimension? [closed]

Atoms as we know are the structural unit of everything. As i know that atoms are 3D objects, they have length breath and height (they have thickness).Everything is made up of atoms means everything is 3D. So why do we say that any triange ABC drawn on a piece of paper is a 2D figure?

You have to make an effort of abstraction. There's no such thing as a first, second, and third dimension. To say that something has a certain number of dimension is (very roughly speaking) to answer the question "How many coordinates do I need to uniquely identify a point on this something?" Like you say, in 3D space we need 3, $x,y,z$. On a sheet of paper you can identify every point with just two numbers (think of drawing a grid of the sheet of paper). Sure the ink on the paper has some finite width, but who cares? When you say "triangle" don't think of a physical piece of something shaped like a triangle. Think of the mathematical object "triangle". Maybe it's simpler if we think circles. If you draw a circle on a sheet of paper, you might again argue that the ink has a width. But what $is$ a circle? A circle is the set of all points $x$ and $y$ such that their distance from another given point (the center) is some fixed number (the radius), i.e. $x^2+y^2=R^2$ where $R$ is the radius.

I will argue that a circle is a one dimensional object. As a matter of fact fixed the radius, you need only one number to position yourself on the circle, specifically an angle $\theta$. 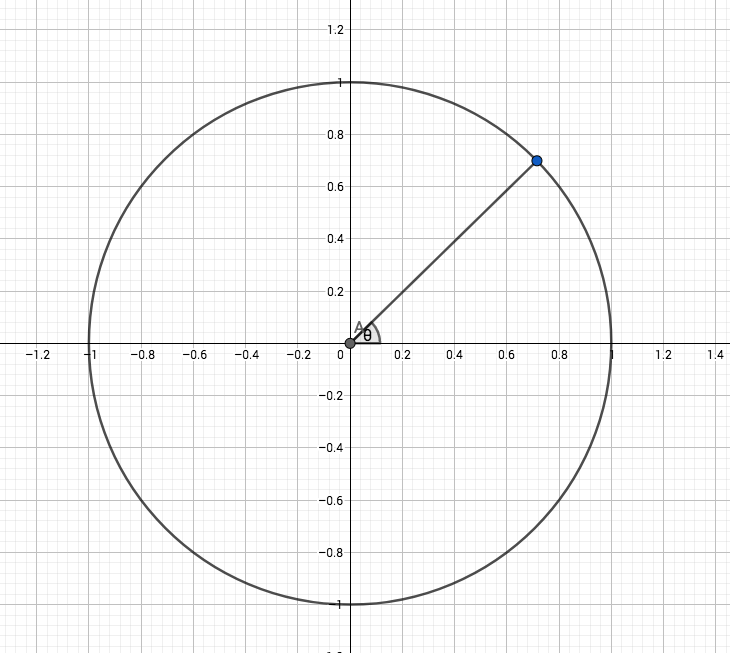 But it makes sense doesn't it? You usually think of a line like a one dimensional object, a circle is just a line curled up a bit. What if we filled the circle and considered the inside too? That would be the set of point $x,y$ so that $x^2+y^2<R^2$. Can you see how many dimensions does this object have?

Not the answer you're looking for? Browse other questions tagged atoms dimensional-analysis or ask your own question.

16
Why are radians more natural than any other angle unit?
5
Can you express mass in other dimensional units?
29
Why do objects with big size break easily?
2
Can two objects be the same (on a molecular standpoint)?
1
If Planck length can't even be seen by any microscope why is it even a unit of measurement
0
What does collision between electrons and atoms mean?