I have box 2 stacked on box 1. Box 1 is on a frictionless table and accelerated by a force. However, there is friction between box 1 and box 2.

Now, I was told that this is the diagram for that problem: 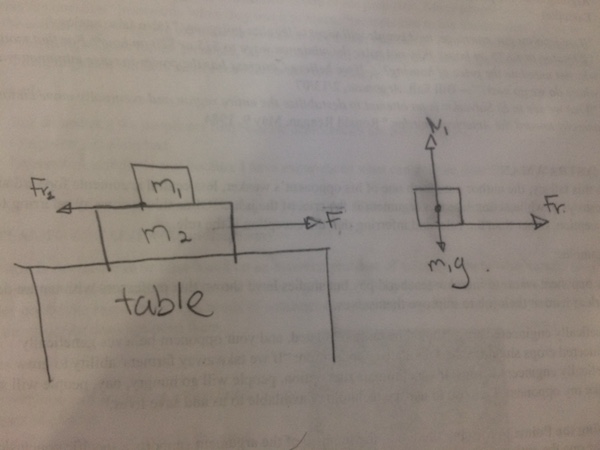 It is the same issue with another problem I saw online: 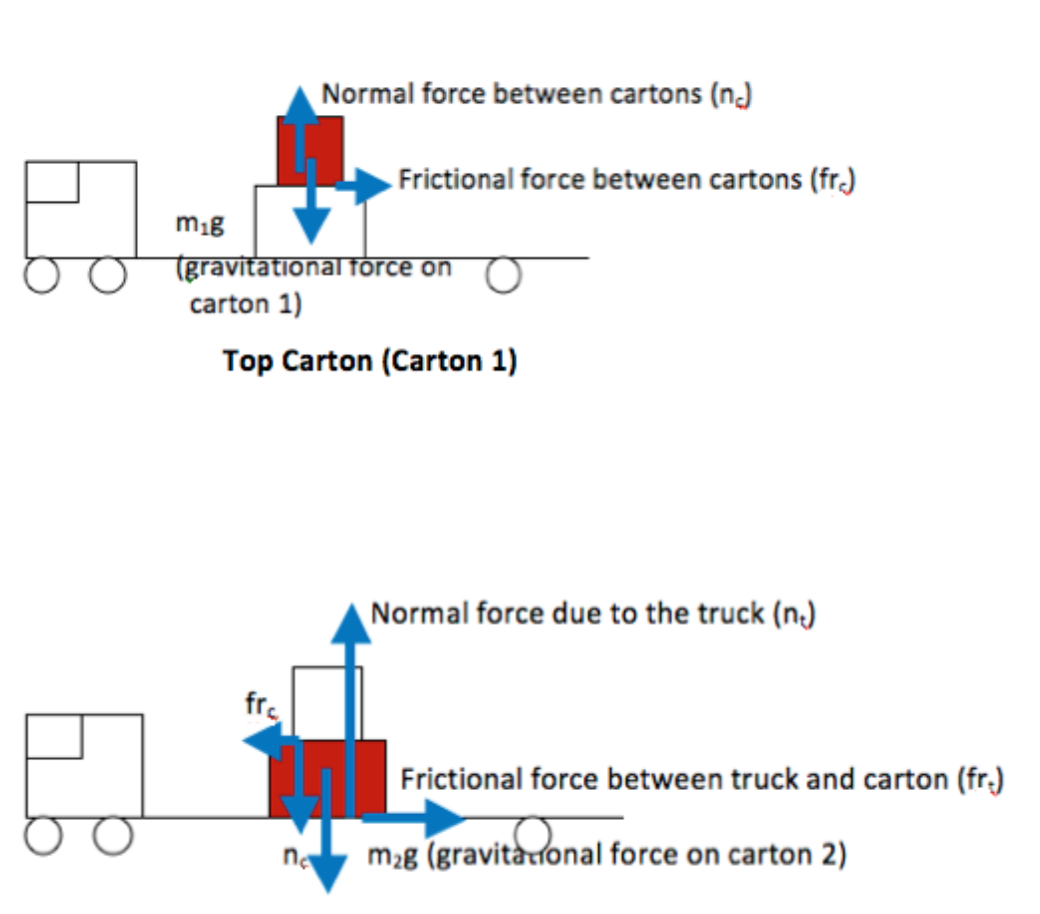 Consider Newton's Third Law; commonly stated "every action has an equal and opposite reaction".

You can sense this yourself by taking two rough surfaces and trying to move them one with each hand. The friction will resist movement with both hands, not just one.

Force $F$ accelerates both boxes to the right.

-1
direction of friction between block and table