Average Density of the Universe over Time

Could Hyper-Massive Black Holes be due to Dark Matter in the Early Universe?

User10851 answered, and I replied. He then replied to my comment with:

Which does not make sense to me, and leads to my question:

How can the universe's density increase over time? To me, if the universe is expanding, the density is decreasing unless new particles are popping into existence at a greater rate than the expansion (which I don't believe).

The reason this is important to me is that the density fact seemed to be the stop-fact for that theory, but I don't believe it's accurate. At the same time, I don't like questioning experienced physicists.

I believe that if Dark Matter truly does not interact with electromagnetic fields, and is weakly-interacting, but remains affected by gravity, expansion, and other forces, then the quantity of dark matter would have been significantly greater (perhaps exponentially) after the big bang, and these early black holes that are larger than they are supposed to be could be explained by their gobbling up of massive quantities of dark matter in the early universe. Since Thompson Scattering and Eddington Luminosity do not affect dark matter as they do other forms of energy and matter, this could be an explanation for larger-than-expected black holes 900 million years after the universe's birth, which in the end leaves us with the quantity of dark matter we have today (about 5.75 times that of visible matter).

The density of the universe has definitely decreased over its lifetime. The dark energy density remains constant (in the simplest models, and nearly constant over the lifetime so far regardless), while the other components have decreased: 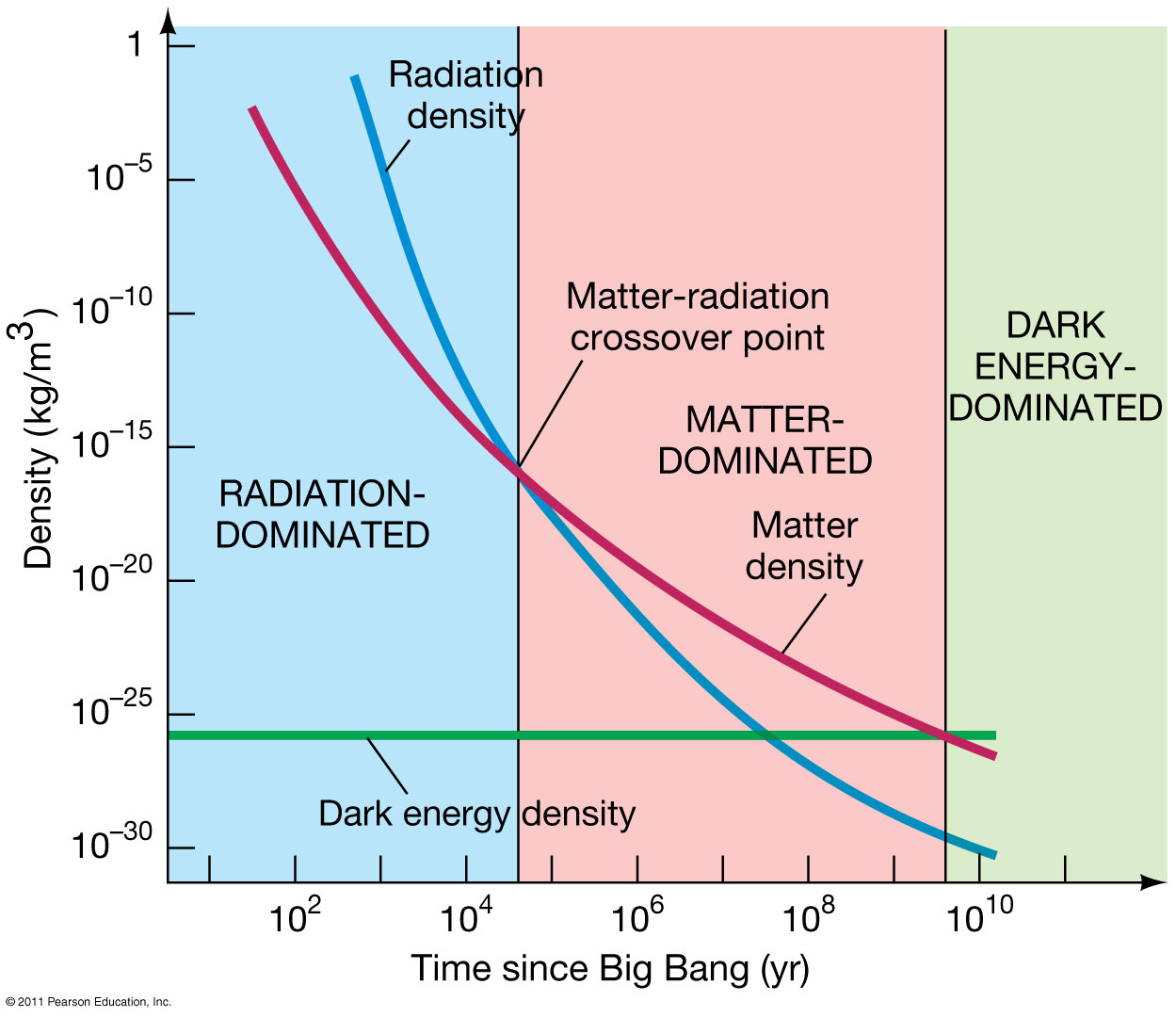 Not the answer you're looking for? Browse other questions tagged energy cosmology space-expansion dark-matter density or ask your own question.

1
What does the 'cosmological constant' represent?
4
Could Hyper-Massive Black Holes be due to Dark Matter in the Early Universe?

7
Supermassive black holes with the density of the Universe
5
Curvature, Omega, the Flatness problem, and the evolving shape of the universe
0
Is Dark Energy A Constant?
4
Could Hyper-Massive Black Holes be due to Dark Matter in the Early Universe?
2
Fall of the number density $n$ with the scale factor $a(t)$ for a relativistic particle species in equilibrium?
0
Is it possible that black holes might devour all masses of the universe?
0
Is there a theory which suggests a cyclic Universe with a decreasing density parameter?
9
Why was more dark energy created during the creation of the Universe than normal energy?