This is slightly related to the twins paradox, but doesn't include the part where the twin on the journey makes a U-Turn and comes back to earth (i.e. I'm asking about where the twin is at a constant velocity speeding away from earth)

This seems to be contradictory, while the twin on the spaceship is speeding away from earth, which twin is aging slower? Because, when looking at both reference frames, both twins seems to age less than the other? How can this be, and what have I missed?

I am going to answer your questions using a geometric analogy featured in my visualization: 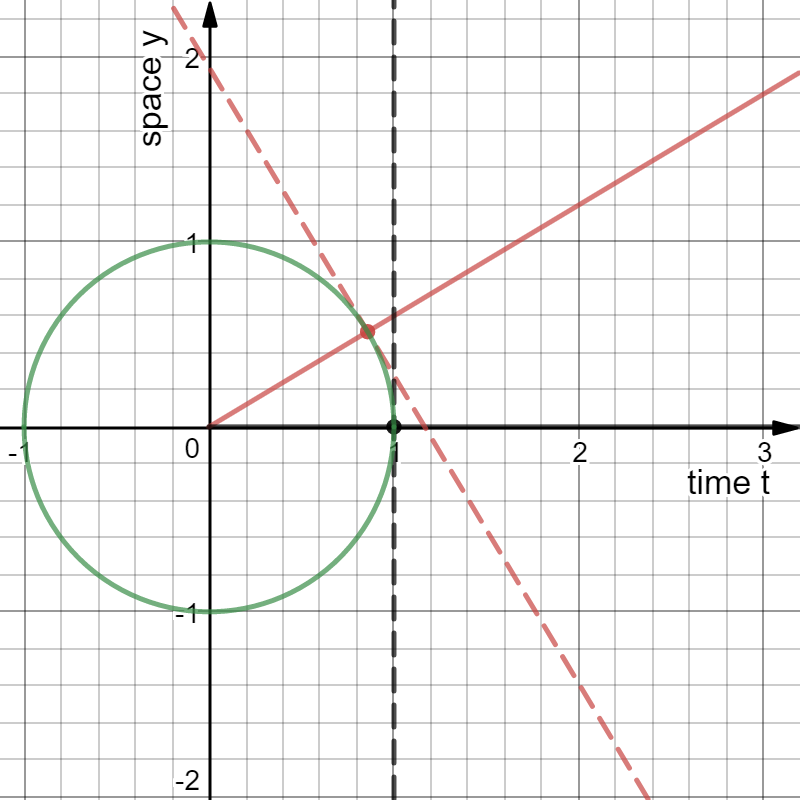 This shows a unit circle and two radial directions, the black one horizontal and the red one sloped with a positive angle. Think of each radial direction as the straightline path of a surveyor (each making his own map of the plane) and their dashed meterstick that each carries perpendicular to his path. Perpendicularity is defined using tangency to a circle.

The grid is already aligned with the black surveyor.

Similarly... The red surveyor would assign t-coordinate=1 to every point on his dashed meterstick, in particular the point where the black path intersects the red dashed meterstick. The black surveyor would have assigned that point a t-coordinate larger than 1 since he has already passed the unit circle. (By symmetry, the value of this larger-than-1 t-coordinate is the same as the value from the red surveyor. In fact, this larger-than-1 value is 1/cos(arctan(slope)). With slope=0.6, that value is 1.1662.)

Presumably, no problem here because we are used to Euclidean geometry.

Now, in special relativity, the situation is analogous.

In the visualization, Go there and set the E-slider to +1 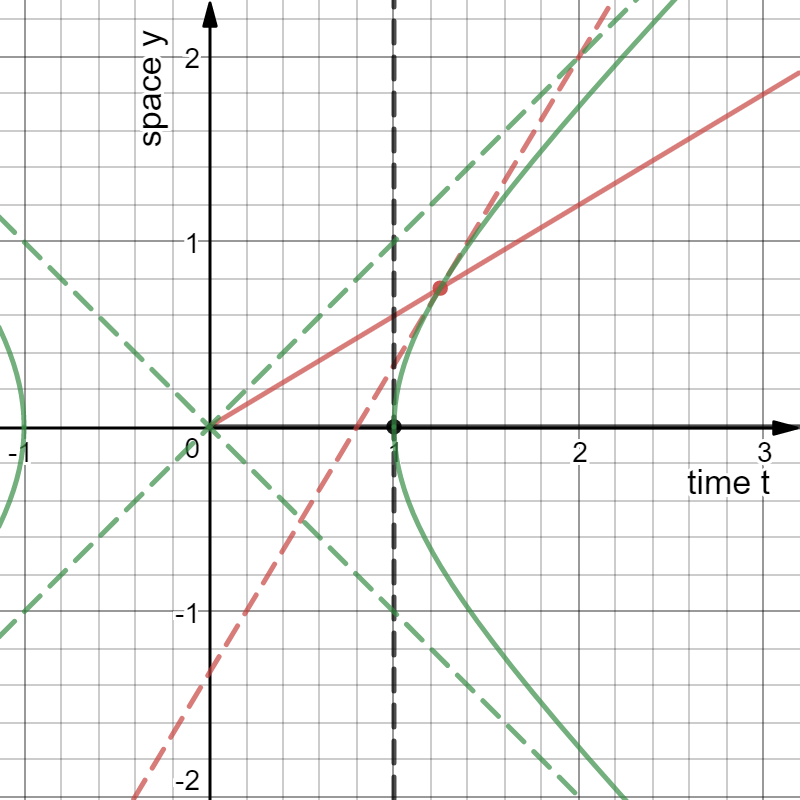 These hyperbolas are the analogues of the circles in Euclidean geometry. They mark off all of the events of "one-tick" for each wristwatch traveling inertially [each with different velocities] from a common starting event O.

So, the black dashed line has t-coordinate=1 on the diagram drawn by the black observer, in particular the event (1.0, 0.6) where the red worldline intersects the black dashed meterstick. However, the red observer would assign that event a t-coordinate smaller than 1 on his diagram since he has not yet reached the unit hyperbola. That value is 1/cosh(arctanh(slope))=0.8 . Physically, this is 1/timeDilationFactor.

...and similarly for the red dashed line.

So, the special relativity case is an analogue of what happened in the Euclidean case.

The "everyday common sense notion of time" turns out to be the special case...

In the visualization, Go there and set the E-slider to 0 , the Galilean case. 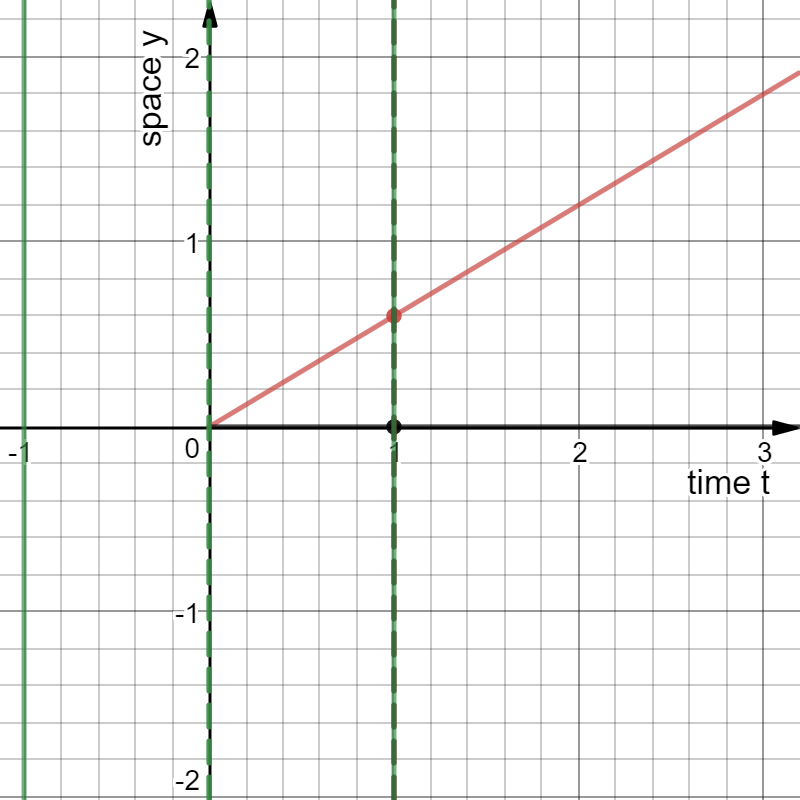 This "circle" in the Galilean case is a vertical line-- the t=1 line. All tangent lines to this circle coincide. All observers agree on assigning t=1. This is absolute simultaneity.

You are right. What happens is that their time axes do not coincide anymore. If two events (A,B) are simultaneous in one's frame of reference, one of those events will happen before the second one in the other frame of reference. In a sense, time dilation is really a measure of how much the time axis of the moving frame is rotated relative to the stationary one.

6
How do I know which observer is running the time faster or slower?

7
Question/Doubt about Time Dilation Symmetry in Special Relativity
2
Gravitational Time Dilation vs Acceleration Time Dilation
3
Explanation for a much simpler version of the twin paradox?
1
Physical interpretation of special relativity?
4
How to reconcile time dilation equation with concept
5
Time dilation and uniform motion
2
Doubt on Twin Paradox and Time Dilation
1
How is 1 g on a planet different from 1 g in a space ship when we look at aging?