I have done the following observations:

I am in trouble in conciling the two "experiments": I can assume that the filters are no 100% efficient, but then why do I get complete blackness when filtering the polarized light coming from laptop display?

I suspect that those filters do not simply polarize at a given direction, but even thinking about circular polarization I cannot explain the dircrepancy.

They are circular polarising filters. They only block light which is already polarised, which is why you use them with a camera - to block reflections from windows or water (which are polarised).

Putting two of them together doesn't block any more light. If you had 2 linear polarisers then the first would only let through light of one polarisation and the other would block that — unless they were exactly aligned — this is probably the experiment with rotating polarisers you have seen.

The LCD screen uses polarisers, so the light coming from it is already polarised, and the circular polariser will block that if rotated in the correct direction.

See All about Polarizers - Linear and Circular

P.S. Cameras generally used circular polarisers because light was reflected with mirrors inside the camera before reaching some sensors - this would block linearly polarised light and so the reading would be wrong. This isn't really true on modern mirror-less digital cameras.

To add to the answer of Martin Beskett, camera filters are directional, because they have two layers. The external layer is a linear polarizer; the internal layer changes the polarization from linear to circular. The filter acts as a circular polarizer in the normal direction, but as a linear polarizer in the opposite direction. To achieve a complete darkness by rotating two filters, you must reverse the direction of one of them (the external sides must face each other). You would have to hold it with your hand, because the threads would be pointing outside. As Martin said, make sure the filter closest to the camera is not reversed, because the camera needs a circularly polarized light.

This is a photo of the sun spots taken with two polarizers (external reversed) on a hot afternoon: 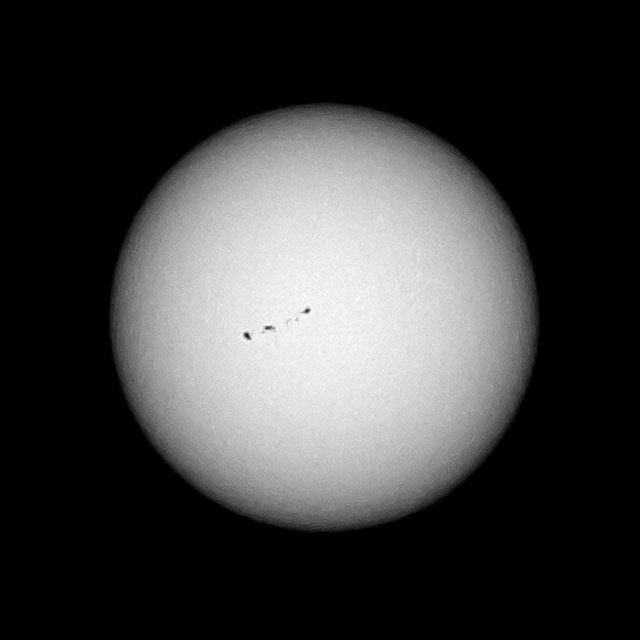 Circular polarization is a thing that to my conclusion dont exist. These kind of filters exist of 2 layers, 1 polarization filter and behind that a layer that splits the polarization into 2 different angles, these materials exist.

So experiment further, and put the front sides of lenzes to each other, so one lens backward . If that still wont give total darkness, do the same with backsides together.

I think the first will work.

Sometimes in 3D glasses also these kind of filters are used, and also in LCDisplays like calculators .

22
Are these sunglass lenses linearly polarized or what?

3
Intrigued about a polarizer effect
22
Are these sunglass lenses linearly polarized or what?
3
Why do everyday plastic items interfere with light polarizers?
1
Why magnetic component of light is not shown in polarization diagram? Does polarization eliminate magnetic field?
5
Circular polarizers change the color of linearly polarized light
3
What orientation of light do polarizing filters actually let through?
6
Polarization lost upon 2nd reflection?
1
Why are UV Filters Directional? (or are they?)
0
Optics for photographing degree of polarization?
1
Will 2 polarizing filters at 90° with the distance of the wavelength of the light between them let it through?