I have read section from "Kleppner and Kolenkow, An Introduction to Mechanics" about Newton's 3rd law of motion, What does red-lined sentence means ?

Why "somewhere in the universe ... on some other body" ? 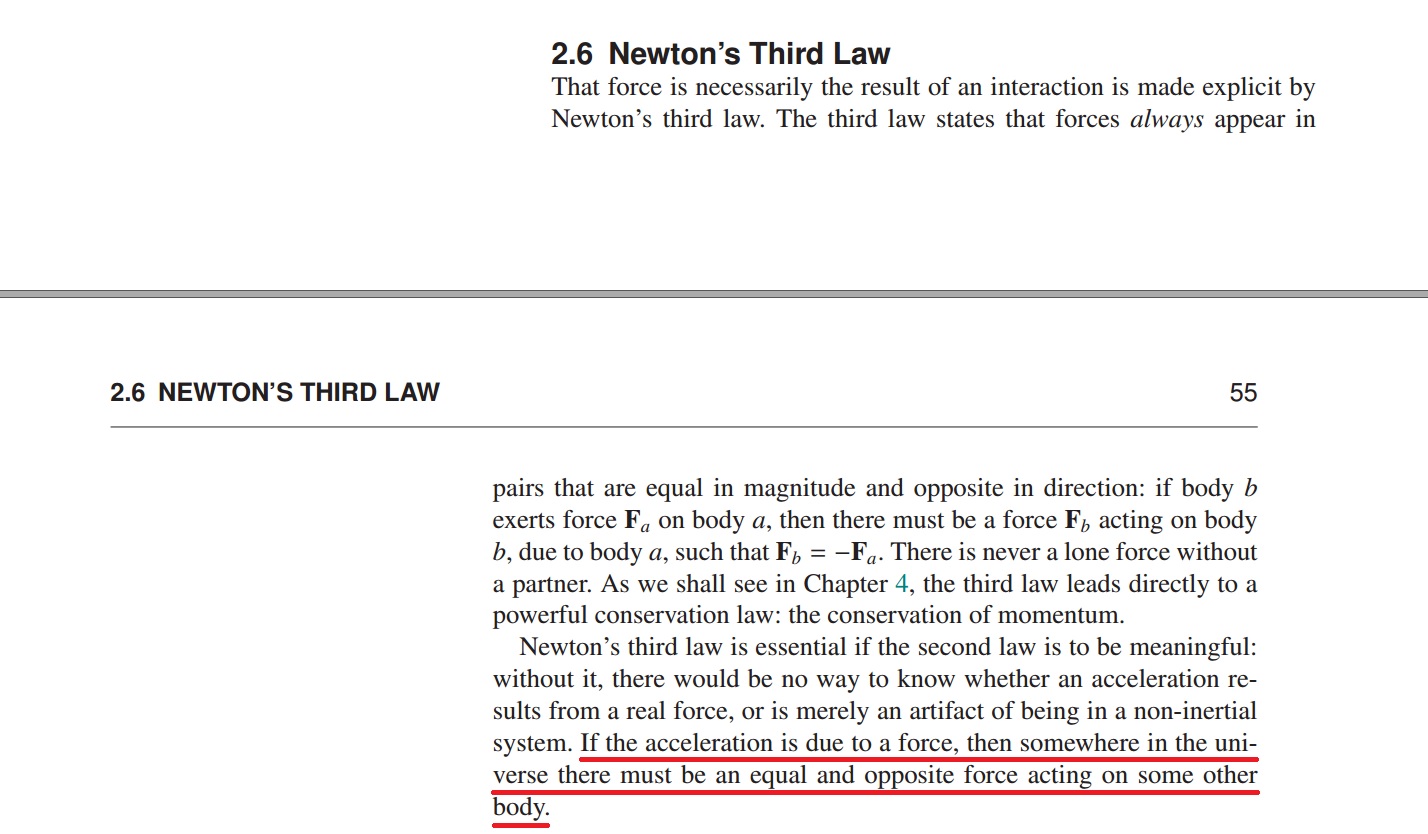 They are laying the groundwork for a discussion of fictitious forces such as centrifugal force. In a non-inertial frame, an object may be found to be accelerating, and we attach a force to that acceleration. But if we look for an equal and opposite force acting on some other body, we won't find one.

A fictitious force is not a consequence of an interaction between two objects, hence there is no real force, and no reaction force. No "some other body".

He is saying that a force cannot be generated out of nothing.

A force on you must have been created by something and then in turn you must be creating an equal magnitude and opposite direction force on that something.

The "somewhere in the Universe" is a way of saying that it is always true and he has pointed out earlier that the fact that the law is always true leads to the law of conservation of momentum..

9
Logical connection of Newton's Third Law to the first two
3
Confused about Newton's 3rd law
0
How does Newton's 3rd Law work in this scenario? Why is my reasoning wrong?
3
Validity of point mass approximation in Newton's laws of motion
22
Mass and Newton's Second Law
19
Why is force a vector?
1
First Law of Motion