Discrete Integration with an Angular Spring

Trying to simulate an angular spring similar to the one in this image: 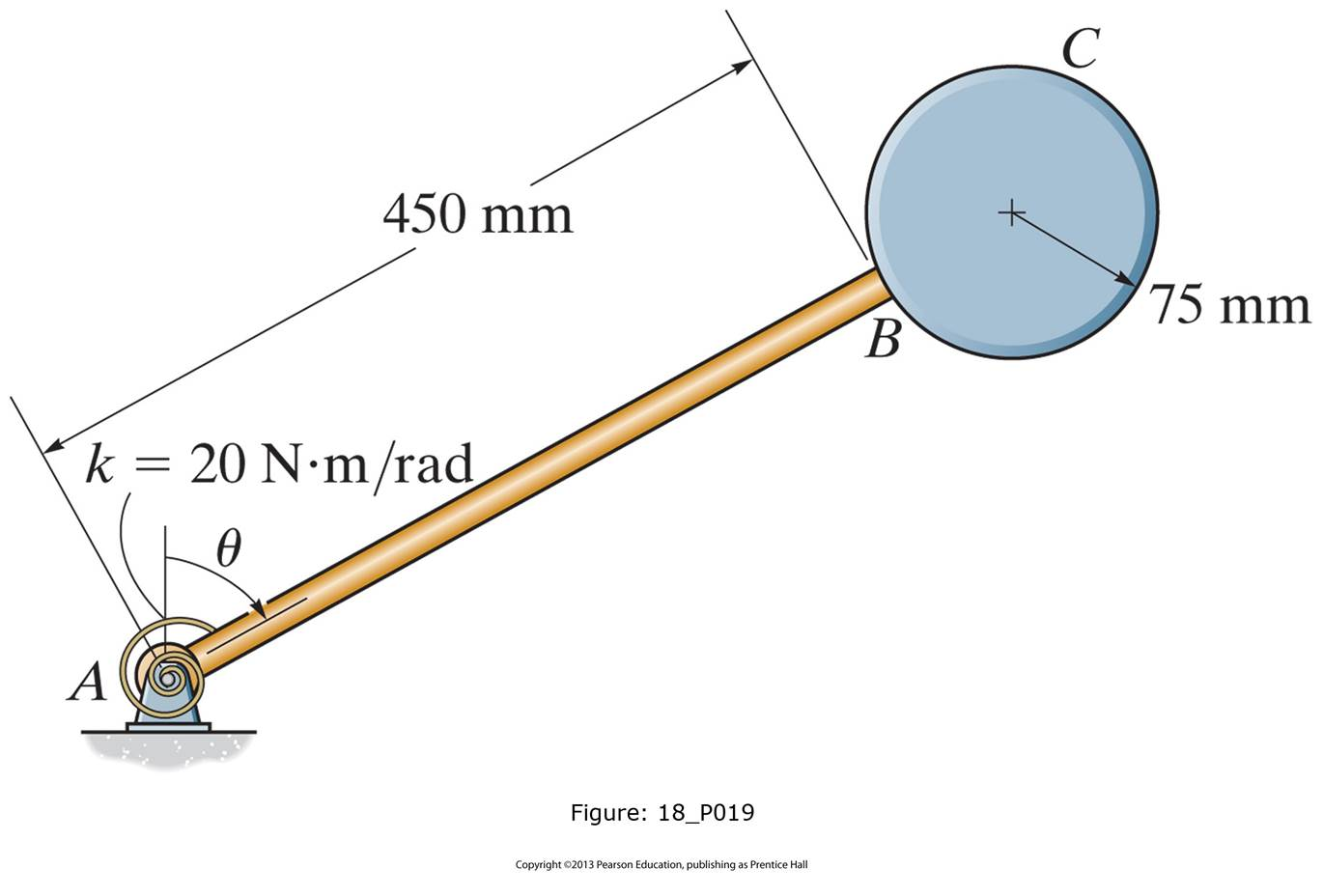 I need a way of calculating the change in angle, $\Delta\theta$ between discrete time steps of length $\Delta t$ seconds due to the torque $\tau$ from the spring and damping. I have the following equations:

The problem that I'm running into is the torque $\tau$ is a vector, and $\alpha$, $\omega$, and $\theta$ are scalars. So I think the equation $\alpha=\frac{\tau}{I}$ is missing something.

So how do I apply the torque $\tau$ to calculate the angular acceleration $\alpha$?

All four quantities $\tau$, $\theta$, $\omega$, and $\alpha$ are generally vectors. Their direction is perpendicular to the plane in which they act. The moment of inertia is a tensor. So the actual dynamic equation is $$\vec{\tau} = {\bf I}\, \vec{\alpha}$$ where boldface denotes a tensor.

However, for problems in which all the action is in the same plane, all of the vectors point in the same direction. In that case we have a simple relationships among the components $$\tau_z = I_{zz}\, \omega_z.$$

In such cases this is usually written for typographic simplicity $$\tau = I\,\omega$$

The bottom line here is that when all the motion is in one plane you can ignore the vector character, and use the magnitudes as if they were components.

Note that is is a good argument against writing $|\vec{A}| = A$ as many (most?) textbooks do. Writing $|\vec{A}|$ is admittedly more cumbersome, but it removes the ambiguity that can exist when ordinary letters are used both for scalars and for the magnitudes of vectors, and possibly the only non-zero component of a vector.

Not the answer you're looking for? Browse other questions tagged homework-and-exercises torque spring angular-velocity or ask your own question.