I'm trying to compute the torque and current requirements on a motor powering a three-stage linear slide. I have included a diagram of the system below: 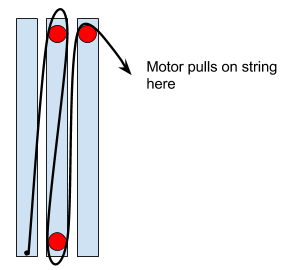 The first stage (right-most) is fixed to the ground, while the second (center) and third (left) stages move. When the string is pulled, first the left stage goes up completely, then the second stage. This is different from other types of linear slide which require more torque but have all stages move at the same time.

From my understanding, this setup is essentially equivalent to the luff tackle, a three-pulley block and tackle pulley system. As such, this pulley system divides the torque necessary to pull the first stage up by 3, plus force lost to the pulleys (if we include moment of inertia), and any frictional loss. I understand that the load is divided between the three lengths of string before the string which gets pulled by the motor. Although I understand all of these things, I wanted to confirm this understanding by actually drawing out the free-body diagrams and writing out the equations necessary. However, I can't seem to figure out a way to draw them in a way that makes the math work out.

Here are my free-body diagrams, from the attach point on the left stage, through all three pulleys: 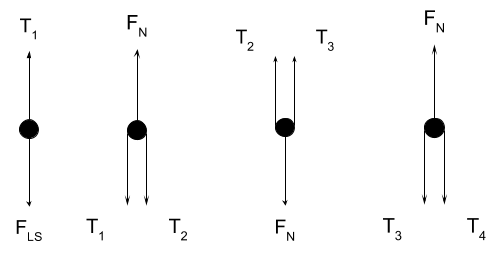 I'm having a hard-time reconciling the fact that the load is balanced across all three parts of the string. I can simply say that:

How can I support that the load from the final stage is equal to the sum of the tensions in the string, using free-body diagrams and some simple substitutions? What ends up happening is I usually end up getting $F_{LS} = T_1$ with $T_1 = T_2 = T_3$ which is incorrect.

My hunch is that I'm missing something which relates the two pulleys on the second stage, since the forces pulling down on the top pulley are counteracted by the forces pulling up on the bottom. It could also be that my understanding of the system as a whole is flawed, and this is not actually equivalent to a luff tackle.

I have assumed that the mass of one single stage slide is m.

The force required to do the needed action is maximum during the last stage.

Here, the net mass of the slides to be lifted is 2m, and hence the tension required is 2mg. 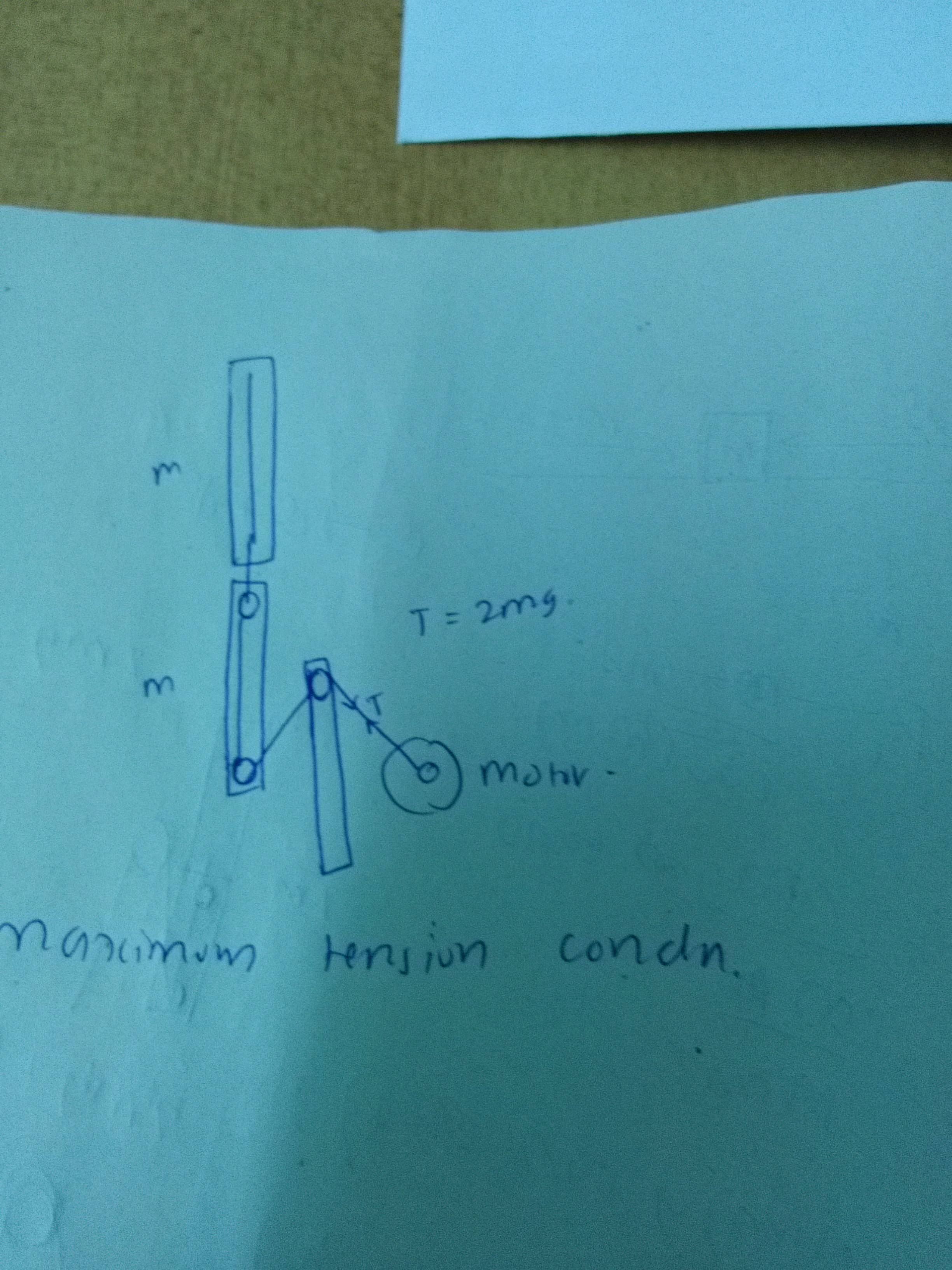 Thus, you have the maximum force. A motor that provides this force is enough for whole process.

You can find the torque and current requirements which suits your needs , from the site below.

Not the answer you're looking for? Browse other questions tagged homework-and-exercises newtonian-mechanics free-body-diagram string lift or ask your own question.

0
Net torque on a frictionless pulley
6
Pulley-rope tension question
0
Pulleys and rotational motion problem
1
Tension direction for pulleys in connected mass systems
1
Dealing with pulleys and strings with mass
0
How do I solve this block-string system problem?