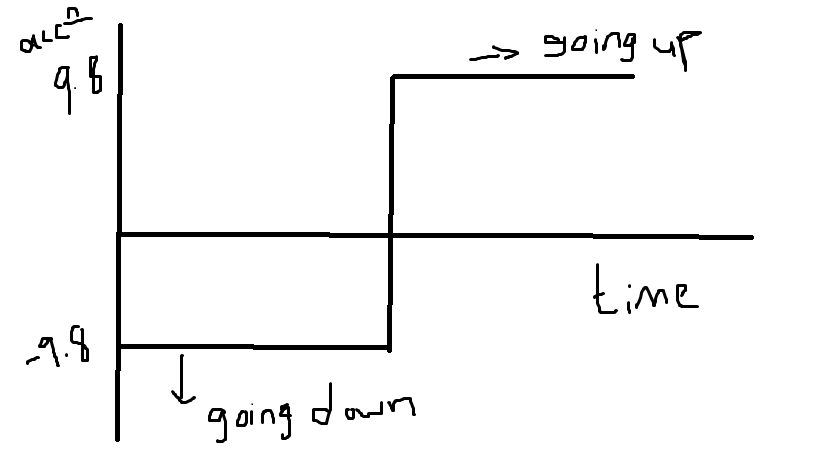 If we model the motion of a bouncing ball on a velocity time graph, neglecting air resistance, we get a line with gradient -9.8 as the ball falls , and then a steep positive gradient line when the ball hits the floor and then the same -9.8 gradient line again as the ball goes up. What I don't understand is if we take the downwards direction as positive, then shouldn't the ball have a gradient of 9.8 as it falls and then a gradient of -9.8 as it goes up ? The same question for acceleration time graphs as well. Moreover why is there a sudden steep gradient at the impact with the floor. I hope someone can talk me through the velocity-time and acceleration-time graphs for a bouncing ball neglecting air resistance. My calculus skills are limited, but I do understand the concepts of differentiation and integration and how velocity is the derivative of displacement and so on.

Your diagram is incorrect. The objects always experiences negative acceleration, except for the brief moment when it bounces. The negative acceleration always reduces the speed (taking it from positive to negative), but during the impact the speed abruptly switches from negative to positive. The position is what you expect, with the object bouncing up and down in a parabola vs. time.

I drew a crude acceleration (red), velocity (blue) and position (orange) chart below for illustration. 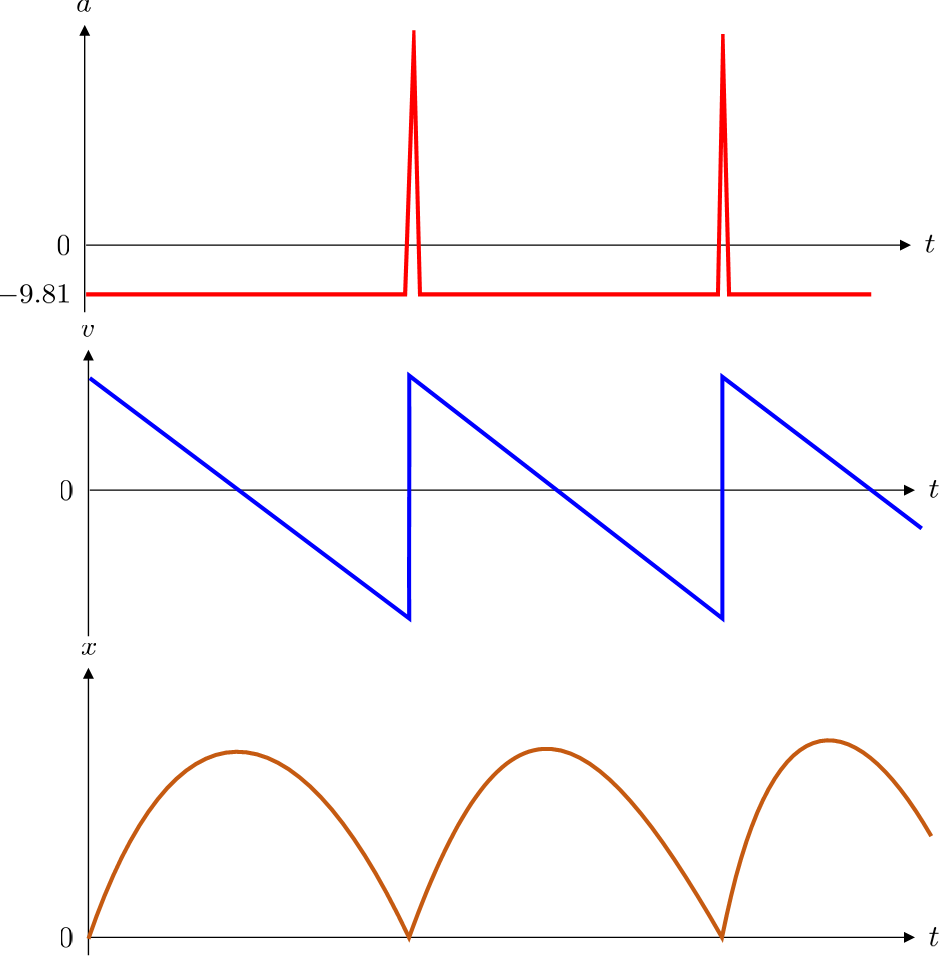 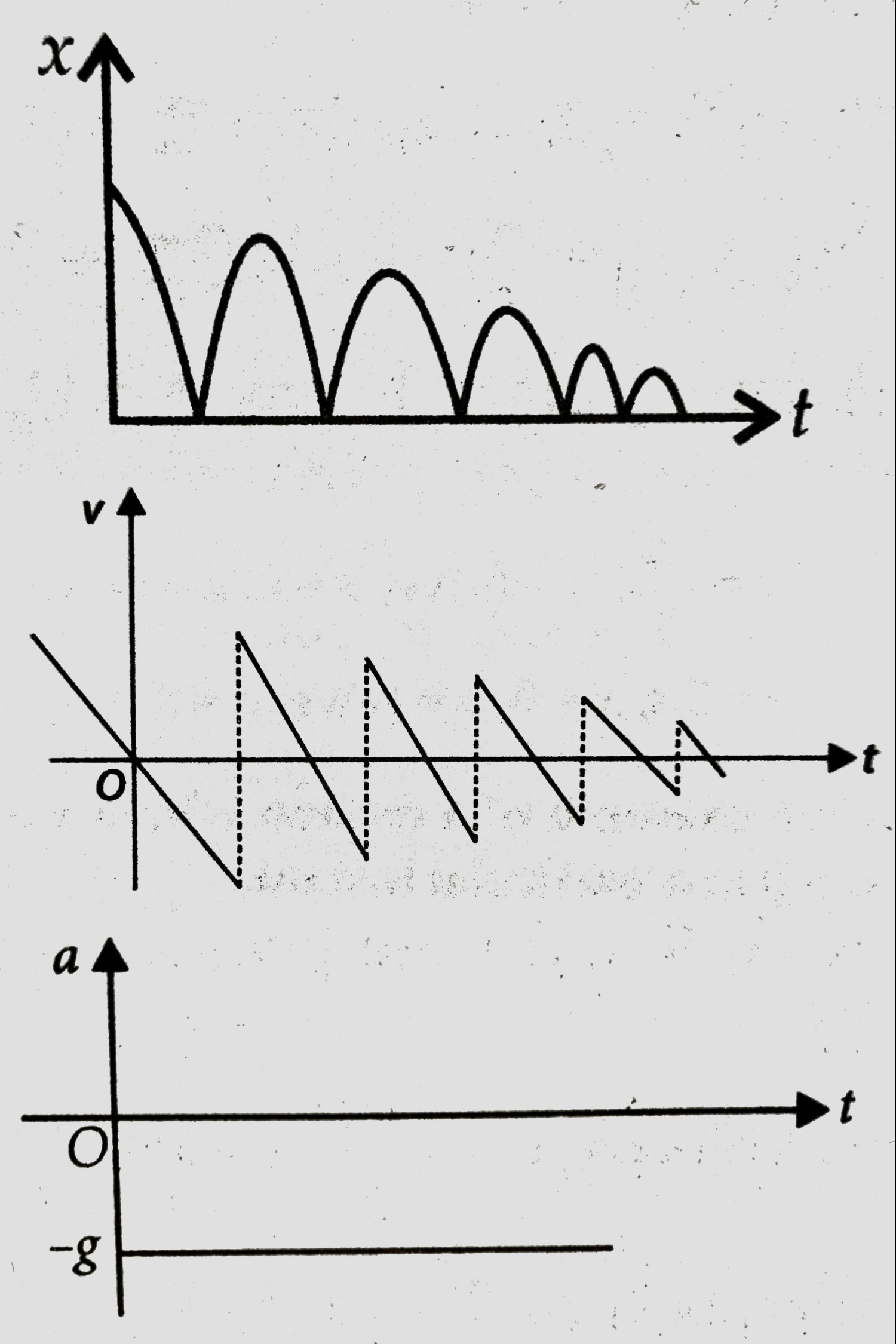 As the ball is dropped from some height, its velocity in downward direction is increasing till hitting the ground. During collision velocity of the ball changes the direction. This is shown above.

Acceleration on the ball is constant and always in downward direction so it would be negative. $a=-g$ for all time.

Not the answer you're looking for? Browse other questions tagged newtonian-mechanics newtonian-gravity kinematics collision projectile or ask your own question.