Does the brightness of day follow simple harmonic 'motion'?

Is it really true that the brightness during the day on earth follows simple harmonic motion? My teacher mentioned this as an example but it doesn't feel obvious to me by any stretch of the imagination (at least for a tilted earth). So how can we work out whether the brightness of day is actually SHM or not?

My attempt: We need the dot product between the sun's direction and surface of the earth. if we start by assuming that the sun is sufficiently far, then the incident rays are parallel, and the intensity of the rays is constant as earth rotates. (since light follows gauss's law)

Taking the latitude angle to be $\phi$ and the azimuthal angle $\theta$. We can use standard polar coordinates to describe the position on earth as $x = r\cos(\omega t+c_0)\cos(\phi)$, $y = r\sin(\omega t+c_1)\cos(\phi)$, $z=r\sin(\phi)$. We can dot product this with the angle of the sun's rays w.r.t time of the year. Problem is, I don't know how work out how the coordinates transform to make the sun rotate around the earth at some angle.

which is SHM. But have I got it right? What happens when the sun's rays are suddenly given a $y$ component?

This actually gives us the answer we need $cos(\theta''(L,t))$ on page 6. replacing terms, we find that $d = \epsilon$, the axis tilt of earth, $L = \phi$ and $\phi$ represents the rotation of 'sun around the earth'. I happened to set this $\pi/2$ which gave me a special case. Their equation implies a specific function for the direction of the sun. Can anybody explain where it comes from?

I should rename the question 'the sun's position in the sky'

While I won't get into the mathematics of it (to be honest I think it's kind of trivial), here's a chart that I think demonstrates the concept well: 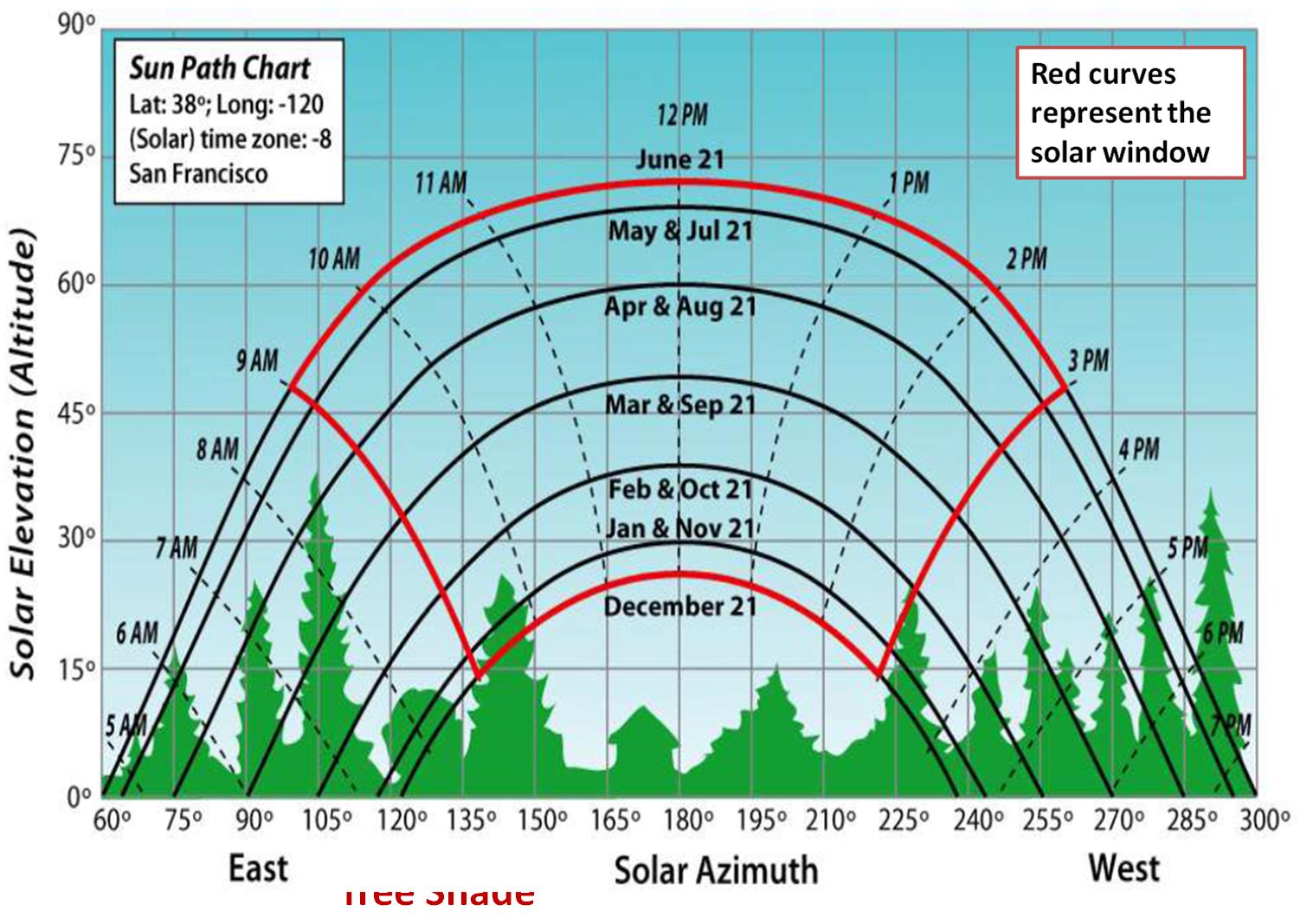 In general, brightness varies with the angle of the incoming light rays, but of course it ends up being a bit more complicated because of the scattering that happens through the Earth's atmosphere (which is also frequency dependent, making it even harder to model).

I believe your equation is generally correct (hard to identify what all your angles mean without a diagram), where the $\cos(\omega t)$ term in the case above would take it from $25^o$ to $70^o$ and back in a full cycle.

The brightness may be periodic, but it is not “simple harmonic”. Simple harmonic requires that each full cycle follows a sinusoidal function. (Clearly not true at night.)

0
Conversion of motion equation from Cartesian to Polar coordinates: Is covariant differentiation necessary?
0
Radiant intensity in terms of angle with the surface
4
Attenuation mass-thickness for sunset light
8
What will be the equation of motion of driven pendulum for amplitudes beyond the small angle approximation?
3
How much does temperature affect the time of sunrise?
0
Can the equation of total maximum amplitude $A_n=\sqrt{A_1^2+A_2^2+2A_1A_2\cos(\Delta\phi)}$ be used though the waves are not in the same line