Given an plate that has 2 pins attached to it. Each pin has a single balanced circular disc firmly attached to it. Both of the pins can rotate on their axis in both clockwise and anti clockwise direction. (The setup is similar to a clock).

Case 2: The direction and magnitude of force applied remains the same but instead of rotating disk, the force is applied on the platform itself.

Query 1: Would the end angular velocity of the discs differ in the two cases (as in first case the force acts as a deceleration torque on the discs)?

Query 2: Would the end linear velocity of the platform in -y direction differ in two cases? (As in first force is neutralized in decelerating the discs, whereas in second case it acts on the platform directly)?

In the image below blue arrows represent the rough direction of the chosen points (in yellow) along the circumference as the discs rotate and the tangential opposing force at that particular time instance (in red arrows). 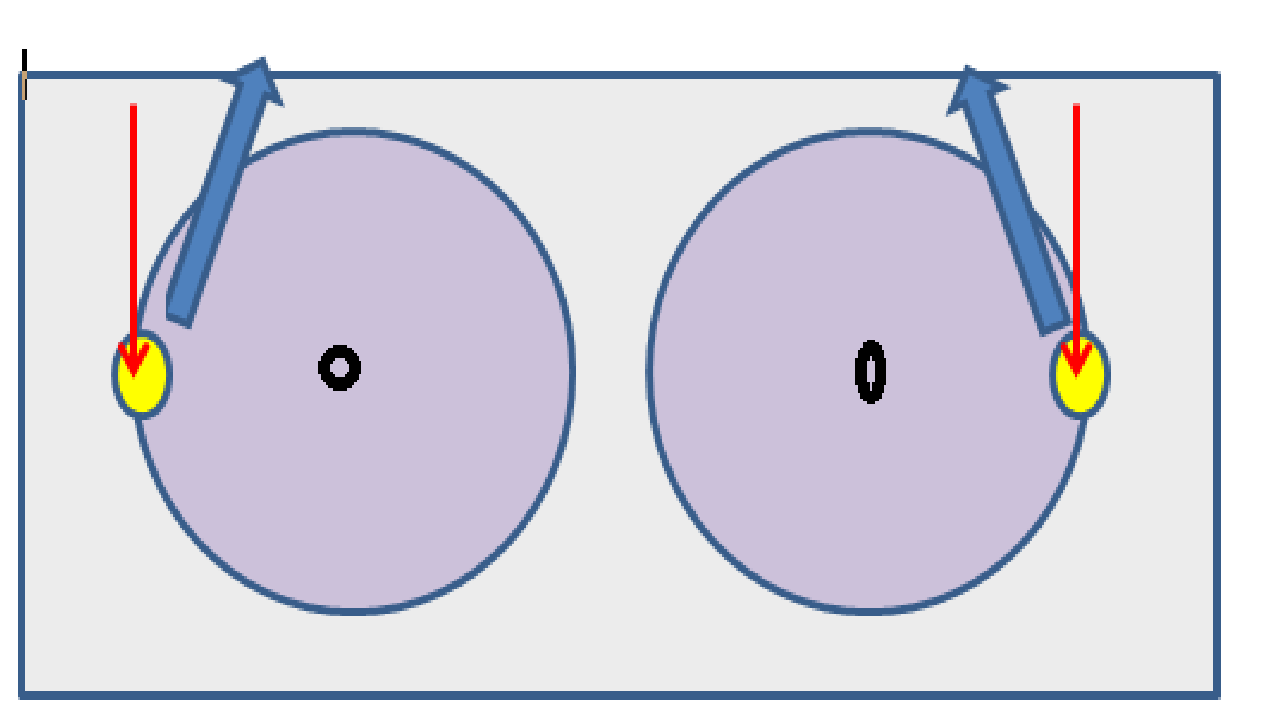 Browse other questions tagged newtonian-mechanics rotational-dynamics or ask your own question.