How to make physical sense of negative temperatures

In our statistical physics course we learned that entropy is $S=\mathrm{k}ln(\Omega)$. Then, we wrote down the multiplicity of a two-state paramagnet (which I will omit due to cleanness). We plugged the result into $S$ to only find that $S(U\equiv energy)$ has the shape of the upper half of a semi-circle (See Fig.) 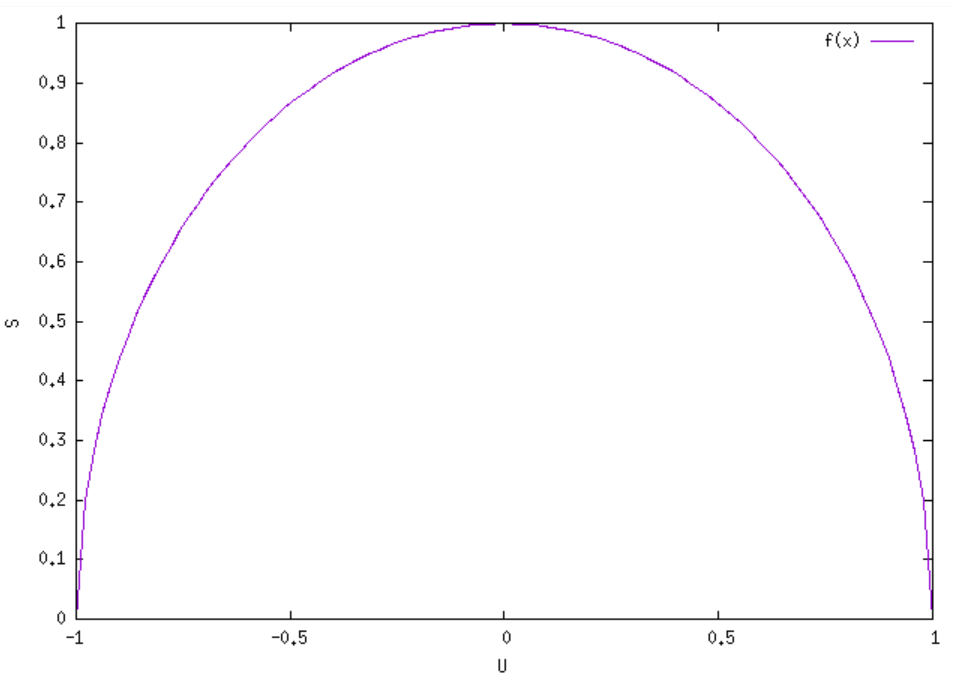 Suppose the total energy of the system is $|U_{total}|=1$ and $S=1$ is the maximum entropy of system.

Defining temperature as $$\frac{1}{T}=\frac{\partial S}{\partial U},$$ we are essentially indicating the physical existence of negative and infinite temperatures.

I have done much reading about this topic and I understand pretty well where all of this comes from. I understand that such scenario is only possible when your system has a well defined maximum energy it can obtain, in such that if you add any more energy, you will induce a population inversion and you can make sense of negative temperatures from say analyzing the Boltzmann distribution. I also understand that negative temperatures are the hottest in the sense that any other object in thermal contact with the system will gain heat from this system with negative temperature (I make sense of it by thinking that the system has many dipoles/molecules in its higher energy levels and regardless of anything, it will give energy to environment to achieve ground state status).

An analogy would be nice! For example, in the case of ideal gases and Einstein solids, you can invoke the equipartition of energy and relate temperature to average kinetic energy. This gives temperature a physical sense and meaning. Does such analogy exist for negative and infinite temperatures?

A positive temperature system always "wants" to absorb more energy in the sense that giving that system more energy gives it more entropy. However, if two systems of positive but unequal temperature come into contact, we know that energy flows from one to the other. That must mean that one system "wants" the energy more than the other, in the sense that one system's $dS/dE$ is bigger than the other.

To be specific, suppose we have two positive temperature systems $A$ and $B$. If $T_A > T_B$, then we expect energy to flow from $A$ to $B$. This happens because the entropy decrease experienced by $A$ as it loses energy is less than the entropy increase experienced by $B$ as it gains energy. Both systems want energy, but $B$'s temperature being lower means that it wants the energy more than $A$ does, and the total entropy of the combined systems is raised if $A$ gives some energy to $B$.

What do negative and infinite temperature mean physically?

They mean exactly as described above: a negative temperature just means exactly that the system would rather give up energy instead of absorb it.

An analogy would be nice! For example, in the case of ideal gases and Einstein solids, you can invoke the equipartition of energy and relate temperature to average kinetic energy. This gives temperature a physical sense and meaning. Does such analogy exist for negative and infinite temperatures?

Well, in order to have negative temperature, the system must be such that adding energy does not increase entropy. Such a case is pretty weird, because for example, the number of accessible translational motion states for a moving particle increases with increasing energy. In order to have negative temperature, we must have a system where those translational degrees of freedom are absent, and where the system still has some kind of degrees of freedom that can be excited but only to a limited upper amount of energy. A magnetic system is the most common example, because there we have the spin degree of freedom which has only two states.

Fundamentally, temperature describes the thing that's the same when interacting systems reach equilibrium. They are always emitting and absorbing photons (unless they get really cold). All you need to know about negative temperature (intuitively) is what you can get out of the following approximation:

In negative energy systems, the negative slope means that added energy actually decreases the entropy. Because systems tend towards more entropy (not a lower energy state!), negative temperature systems radiate energy as its entropy increases, and it does so very quickly.

Negative temperature systems are a quantum phenomenon - an analogy couldn't really invoke any macroscopic objects, and I'm sure you've thought of tons of derivatives (and how they might become negative). The thing to remember is that negative temperatures are amazingly unstable - entropy increases at most scales, and it does so very quickly when it has more energy than it can stably hold.

Not the answer you're looking for? Browse other questions tagged thermodynamics statistical-mechanics temperature or ask your own question.