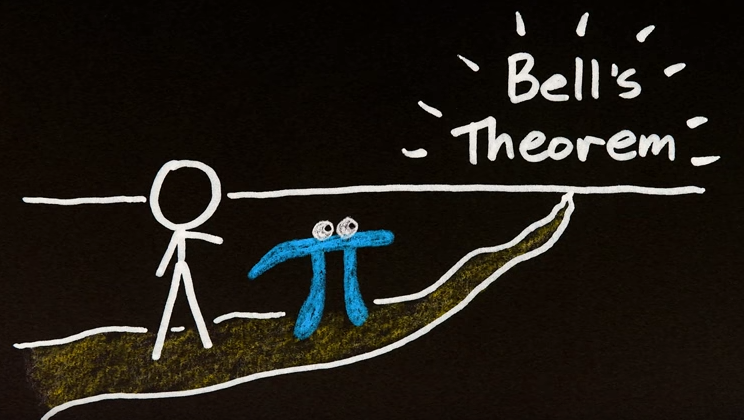 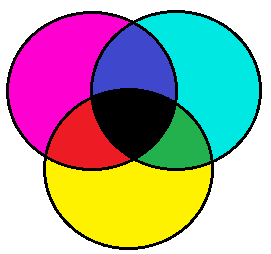 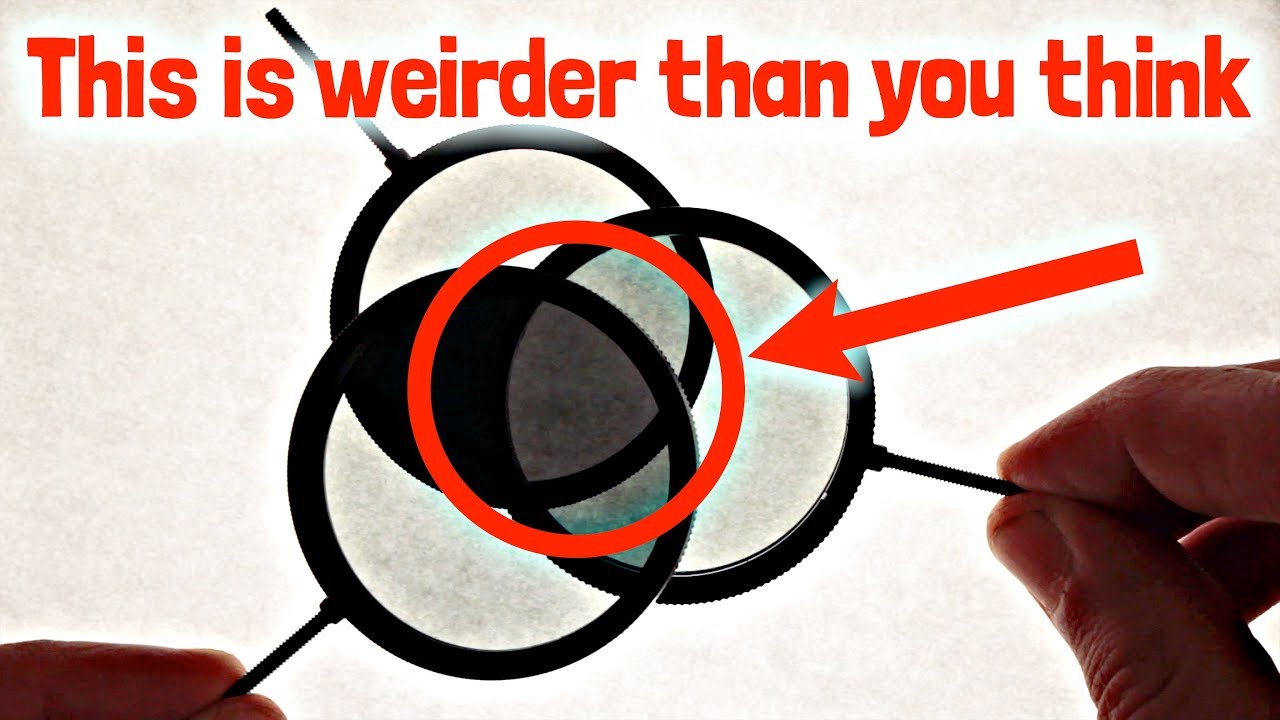 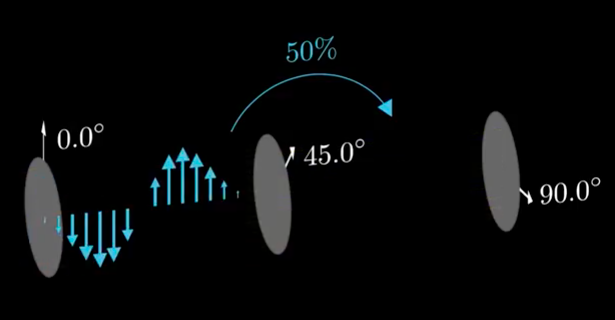 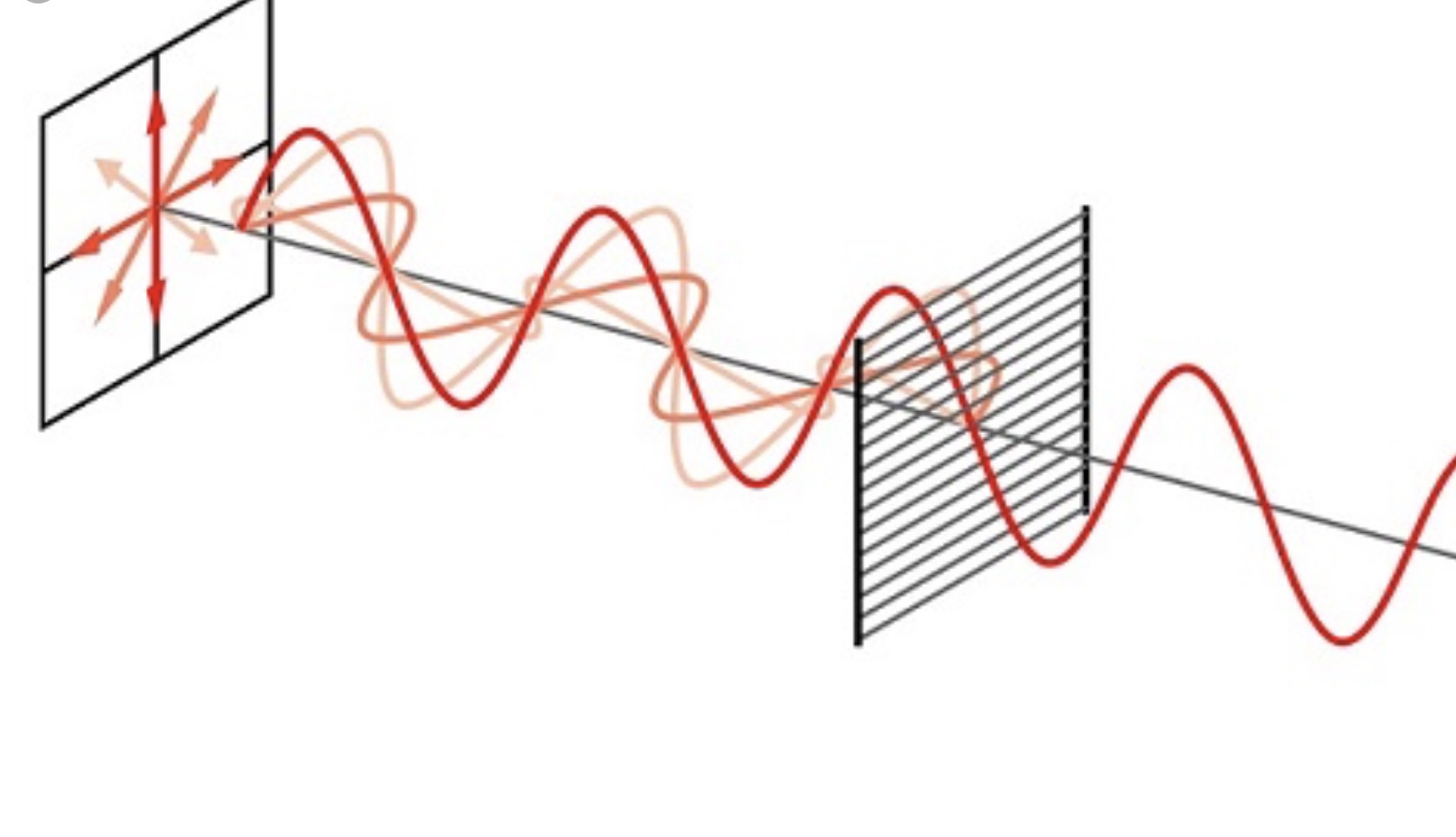 Up to the half of that video, they talk about a 1-photon through 3-polarizers experiment.

But as clarified half way through the video at https://youtu.be/zcqZHYo7ONs?t=526 , the single photon case is not really surprising:

Drawing those Venn diagrams assumes that the answer to each question is static and unchanging. But what if the act of passing through one filter changes how the photon will later interact with other filters. Then you could easily explain the results of the experient.

The rest of the video then continues to explain the actually mind-blowing part of it: if you do an experiment with:

then one measurement still seems to affect the other. And this time, there is no way in which the intermediate measurement could have affected the state of the other photon.

And then they clarify that everything before that point was just an introduction to polarizers, which is especially useful because the maths are the same for both.

While the Venn diagram helps to organize the idea of "suppose each photon knows what it will do for each filter", I think that it is a bit hard to see the actual counting argument from it. Maybe we just need better Venn diagram drawing skills.

Recapitulating the experimental results of the entangled photon experiment

Percentage of time that the result is the same for both photons (both pass, or both don't pass):

Or in a more condensed form:

which shows the intuitive idea that the closer the angle, the more likely is the result to be the same.

Notably, at identical angles, we have the very strong guarantee that the results are always the same.

Therefore, we don't need to say all the time:

Thinking about the probability contradiction

Now, suppose that at photon creation time, each photon has some inner state that determines if they would pass in each angle (realism).

Or in other words: the randomness of the results does not come from a fundamental randomness of nature, but just from random variations of our experiment which we cannot control or observe due to technological limitations, e.g. something like the exact position at which an incoming photon hits an electron of the crystal before splitting into a pair, or the exact state of that electron at a given point in time.

If this is true, it makes sense to ask the intuitive question:

Would a given photon pass a given detector?

for all given angles, even if the angle is not set during a particular experiment.

We will now see that this is impossible given our experimental results.

And let's denote an unknown state by not adding it at all, e.g. Ab means:

pass A, does not pass b, and not sure about C

Since we only have two entangled photons, our experiments can only tell us about statics involving pairwise results (AB, AC and BC).

So the trick is to make an inequality using the pairwise information that we have:

which is impossible because experiments tell us that:

The inequality can be seen directly the Venn Diagram, since the region Ac is entirely contained in Ab union Bc.

But we can also obtain it algebraically by expanding Ac, Ab and Bc into their constituents (the smallest regions of the Venn diagram):

since AbC + aBc must be positive.

So our premise that photons know in advance what they will do must be false.

It does seem that the decision to pass or not a given polarizer is a fundamental randomness present in nature, not a limitation or our experimental technology!

But then how is it possible that they always give the same results on identical angles?

The only solution seems to be something along: when one of them reaches the measurement device, it somehow communicates the other what it decided to do faster than light (non-locality), so that the other will do the same.

Or something more complicated like "both photons communicate with each other and with the polarizers at all times" (and therefore faster than light).

How are entangled photons generated after all?

I think it is always useful to have the basics of the experiment in mind.

In the case of photons, there is one extremely well known and relatively easy/precise way of doing it: spontaneous parametric down-conversion.

You basically just shine a laser at a special crystal, and at some very rare events, an incoming photon gets converted to an entangled pair coming out at a weird angle, unlike the rest o the beam that goes straight. And you calibrate the laser intensity so that you don't get more than one entangled pair at a time, so you know for sure which photon is entangled with each photon.

This is a great video about it, which actually shows a optical table generating such photons: https://www.youtube.com/watch?v=1MaOqvnkBxk

Since photon pair creation time is random, in the experiment we are only able to observe events where at least one of the photons passed through one of the filters. So what we do is to count: