Interference in electron conductance through e.g. single molecule or semiconductor?

Imagine attaching electrodes to a complex sample, e.g. a semi-conductor or a single chemical molecule, leading to some electric current.

Can we decompose this electron flow into local flows? - like locally attaching amperometer and counting what fraction of electrons flow directly between given two atoms, or some larger parts of the system, like while analyzing electric circuits. In other words, can we imagine electron current as diffusion driven by electric field? - like explained in basic education.

While the above seems natural and intuitive, it was basically given up a half a century ago due to problems with modelling semiconductors. The issue is that standard diffusion models lead to to nearly uniform stationary probability distribution. Hence, attaching electric field we would get electron flow - wrongly predicting that semiconductor is a conductor. 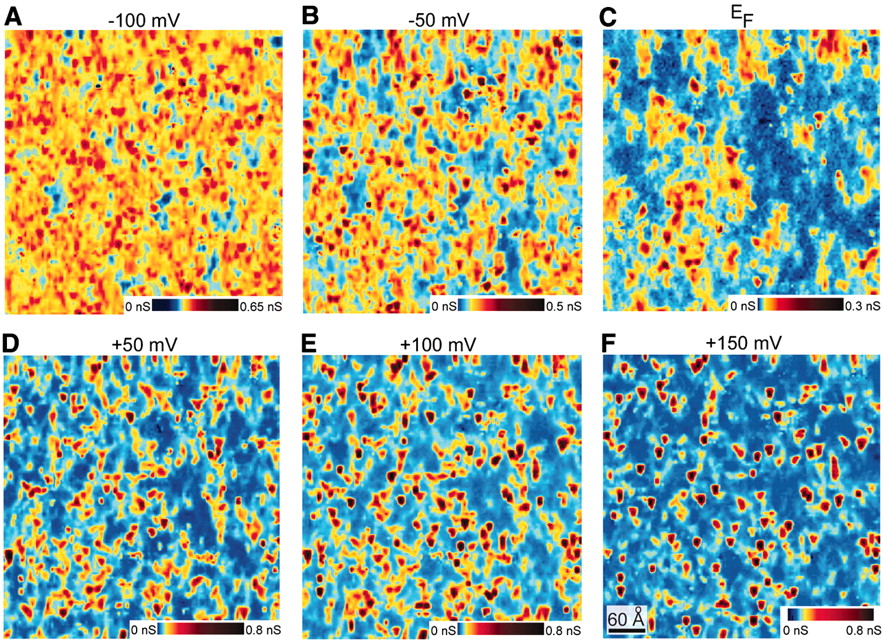 This disagreement enforced the quantum view: with interfering waves of electrons.

However, it turns out that standard diffusion models often only approximate the (Jaynes) principle of maximum entropy: "the probability distribution which best represents the current state of knowledge is the one with largest entropy", required by statistical physics models. This approximation is repaired in Maximal Entropy Random Walk (MERW), which turns out to have the missing localization property (PRL article) - leads to stationary probability distribution exactly as predicted by QM: of quantum ground state.

Here is example of evolution of standard random walk (GRW) and MERW on 40x40 lattice with cyclic boundary conditions, which is defected: all but marked vertices (squares) have additional self-loop (degree is 4 or 5):

So MERW can be seen as some "quantum correction to diffusion models", e.g. here is a simple semiconductor simulator. However, it is not QM, it completely ignores interference-like phenomena. But while complete quantum conductance calculations are usually too expensive for our computers, MERW-based diffusion is relatively accessible, still having some crucial quantum properties - the question is importance of interference this approximation neglects.

So can we ask about local electron flows in complex conductance situations?

How important is interference in electron conductance? E.g. through aromatic ring of a molecule? Through graphene?