Equipotential nodes in a circuit

In a question, we are asked to calculate the equivalent resistance between the points A and B in the following circuit. 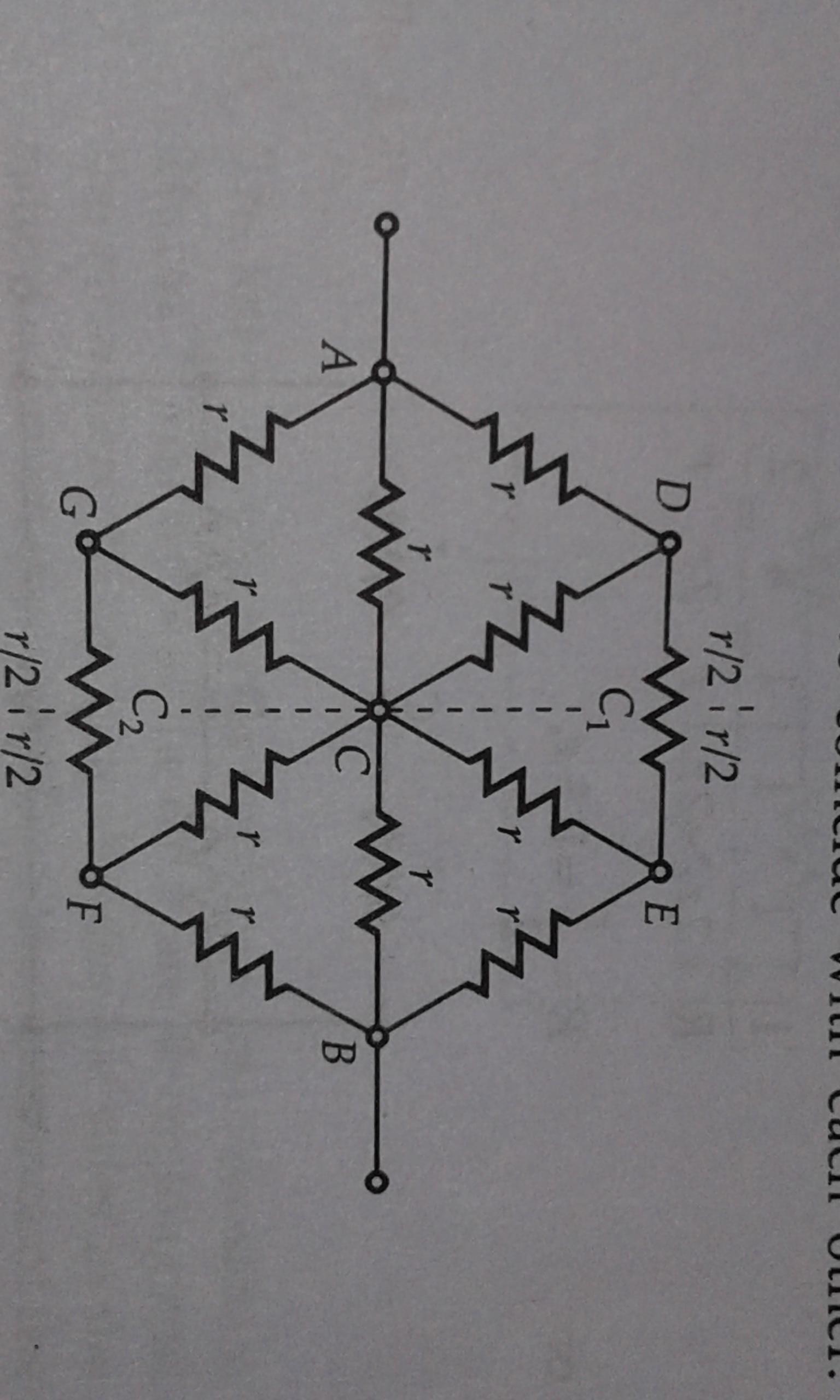 Suppose the current is flowing from point A; then equal current flows through all the three branches and when it passes through the resistance r, the potential drop across these resistances are equal and therefore, the potential at the points C and D should be the same, shouldn't it?

Then, why is it not so? Why is the potential of $C$ and $C_1$ same instead (even though the current has to pass through an "extra" resistance $\frac r2$in one of the branches)?

I know I am wrong because I'm getting absurd results from my reasoning. 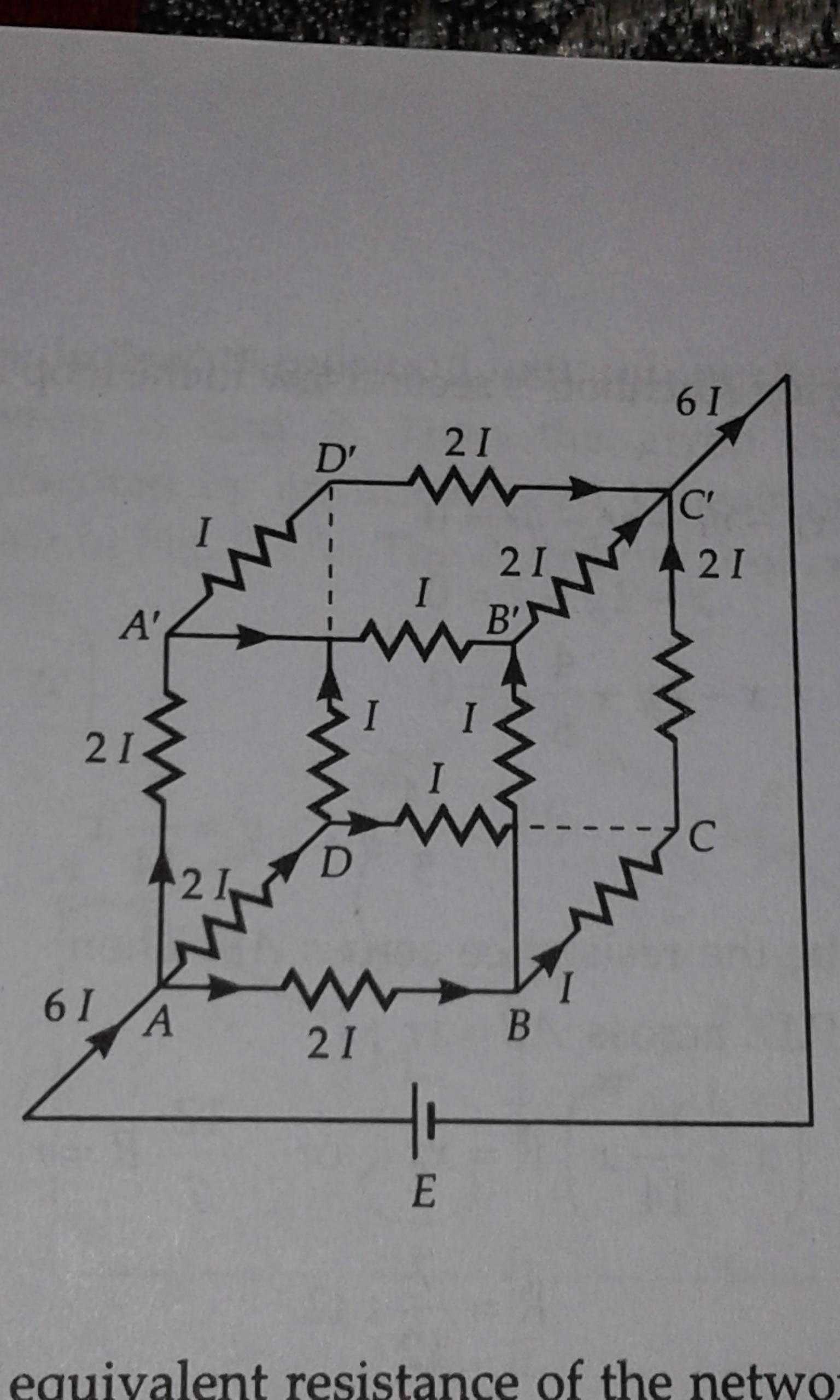 In this picture all the resistances are of the same value, why does equal current flow through the three branches originating from A? How did we decide here whether the points B, B' and D have the same potential?

Contrasting it with this image (again all the resistances are the same): 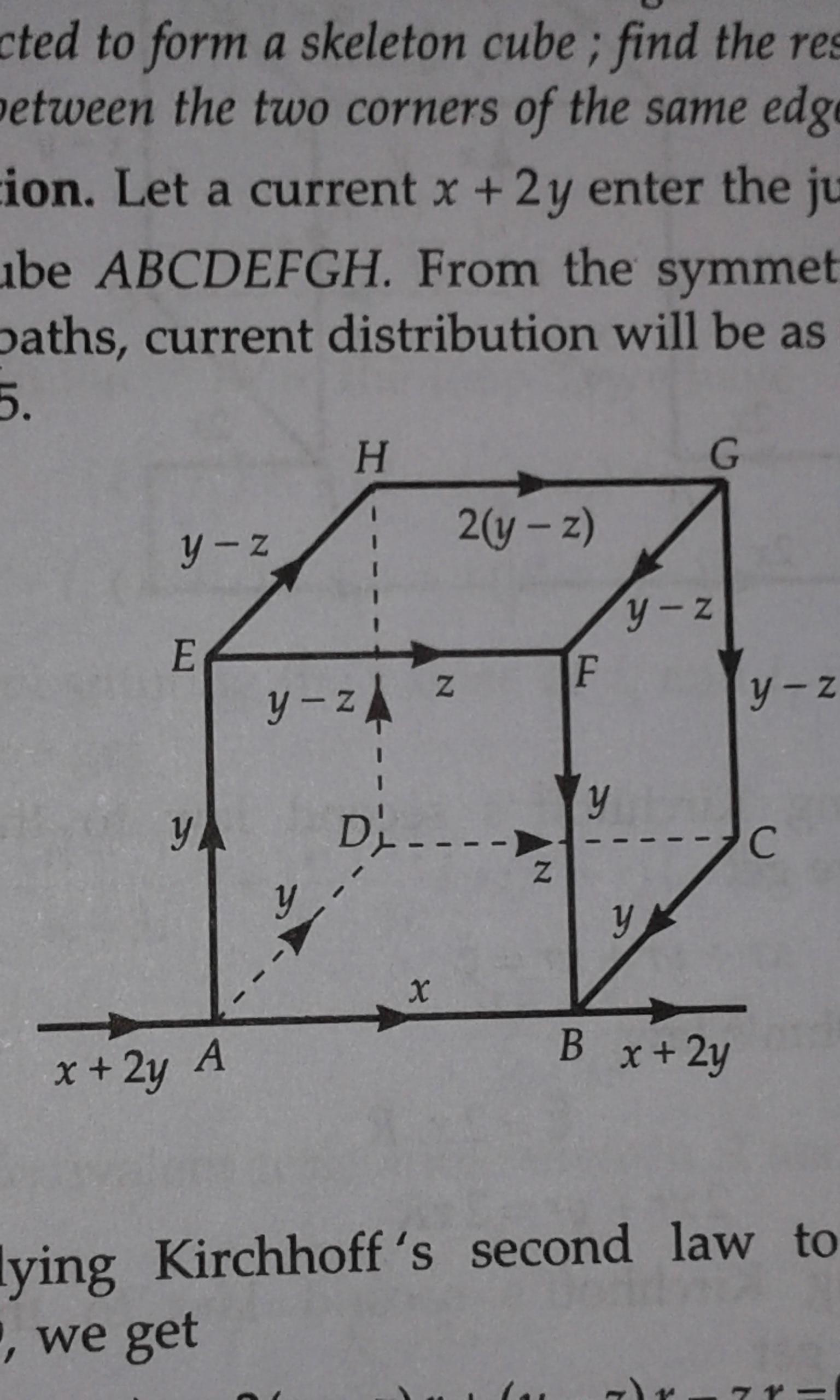 Why don't the currents passing through the three branches originating from A have the same value in this case? (The only difference in this circuit is that the points A and B lie on the same edge of the "cube".)

Suppose the current is flowing from point A; then equal current flows through all the three branches

This is an incorrect assumption.

Current flows through resistors according to Ohm's law, $V=IR$. So if the potential at G and D is not equal to the potential at C, the current through these three branches will not be equal.

So you are proposing that the current $I$ coming from the top splits into three segments $I/3$ flowing into these other three nodes.

So sometimes, mathematics pushes back on us as physicists. What has happened here is that we have asked for a solution where an even current $I$ goes into each of those three segments, and mathematics has pushed back on us in a glorious way, saying "Actually, yes, I know exactly how to do that and satisfy all of your other equations -- just set $I=0$ by putting everything at the same voltage!" And your reaction should be "Wait, what?" -- but the equations are telling you exactly what you put in, and it's up to you to realize that your problem is GIGO -- "garbage in, garbage out". You told it an assumption that was not fully general and the equations limited you to the only case where it holds. There is no symmetry reason for the current to be the same from $A$ to $C$ as it is from $A$ to $D$.

Not the answer you're looking for? Browse other questions tagged homework-and-exercises electric-circuits potential electrical-resistance or ask your own question.

1
What exactly is potential difference? What are the factors that effect it?
0
Circuit with three capacitors
1
Will any charge flow in this circuit?
4
Tetrahedron resistor and splitting of current
8
Why does the superposition principle for calculating equivalent resistance work for asymmetrical objects?