How are the magnetic field lines in a electric dipole formed (step by step and graphically)?

The following picture shows how an oscillating electric dipole generates closed electric field lines step by step (it is common to find those picture in textbooks). 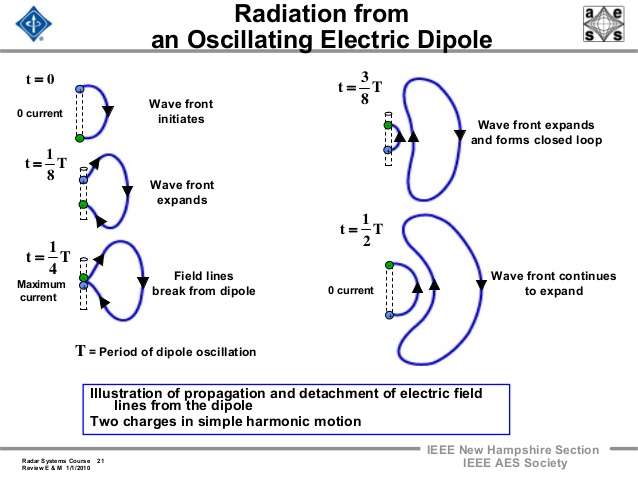 I see that on main textbooks this is not present, so are there any particular textbooks or sites that shows such diagrams for magnetic field?

Visualising what happens is difficult because you have to do this in three dimensions whilst also considering a sequence of events occurring as time passes.

Here is a gif image which illustrates the electric field moving out from a dipole shown in blue in the centre.

I have annotated your diagram.

In diagram 5 I have put in a magnetic field line which would actually be a circle if I could draw the diagram in three dimensions.

An important thing to note is that the E-field and the B-field are at right angles to one another and that $\vec E \times \vec B$ gives the direction in which the electromagnetic wave is travelling.

To continue I have to move away from your diagram and go to an annotated diagram obtained with the help of the gif file. 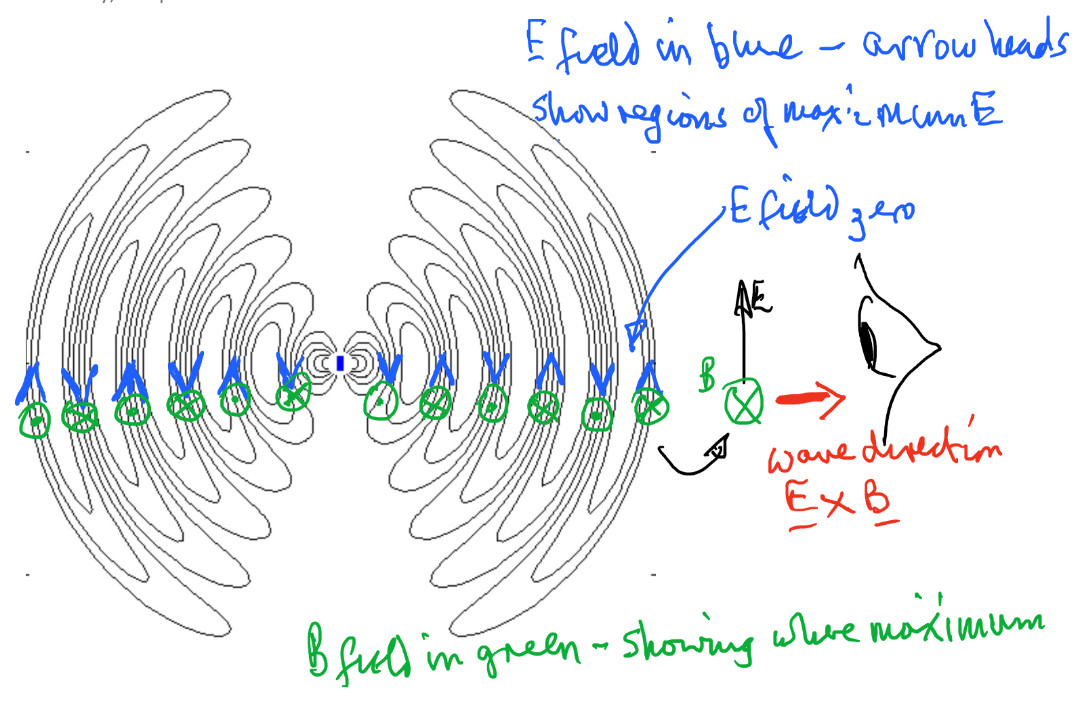 The final diagram is there to try and show the three dimensional nature of the radiation emitted by a dipole with the diagram at the bottom showing the E and B fields in a plane passing through the centre of the dipole and orthogonal to the axis of the dipole. 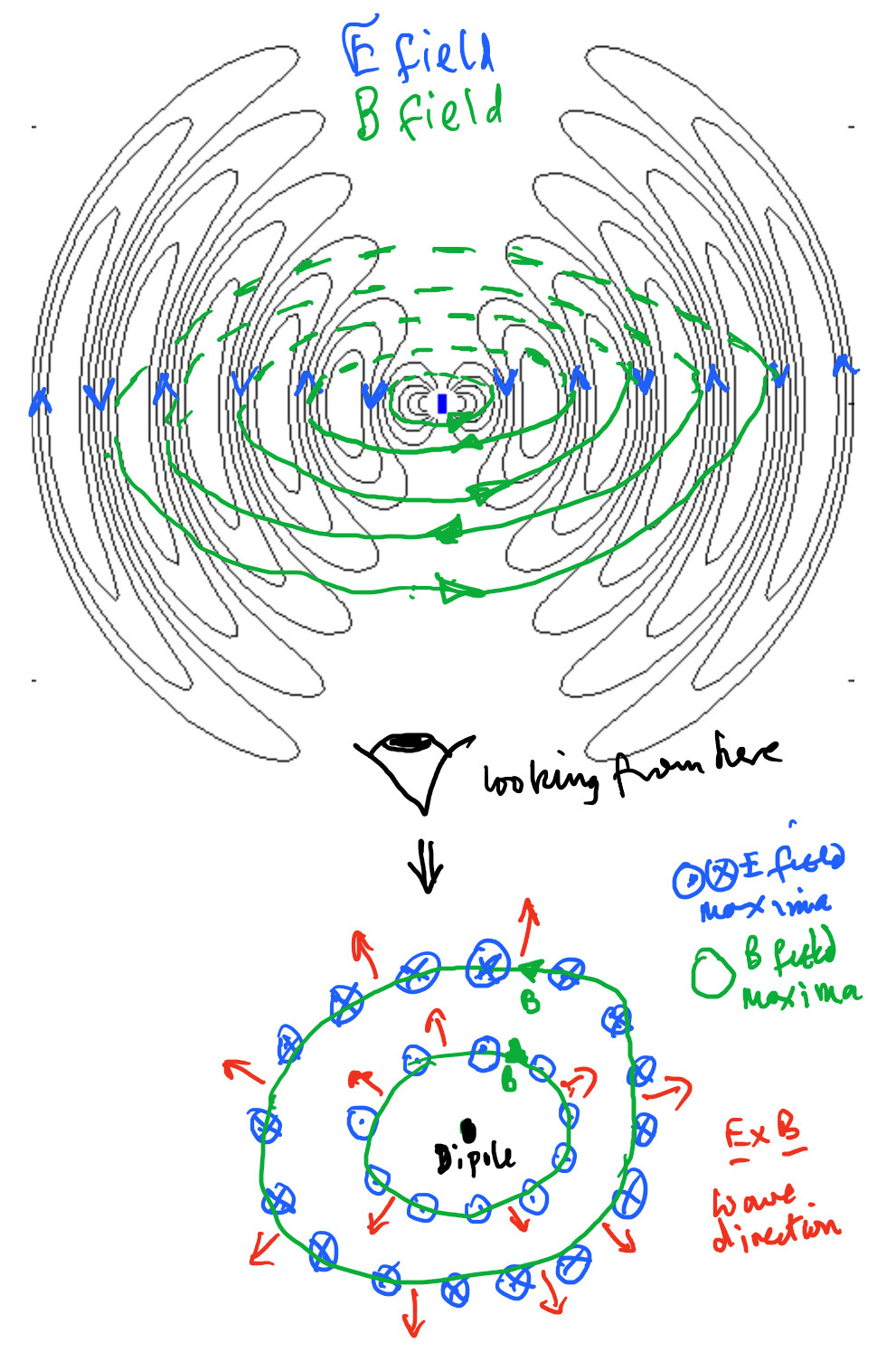 Well unfortunately I don't have the inclination to draw a nice diagram today, but it wouldn't work quite so nicely for the magnetic field anyway. I'll try to describe it.

Due to Ampere's law, the magnetic field will be circulating around the dipole, and due to Faraday's law, it will be in phase with the electric field lines. So drawn with a "top" view (i.e. The current is flowing in/out of the page), the diagram will have a bunch of concentric circles, with fields in the clockwise and counterclockwise directions, depending on phase. If I got the signs right, looking from the top down, a clockwise magnetic field circle would line up with a downward-pointing electric field line.

Not the answer you're looking for? Browse other questions tagged electromagnetism waves electromagnetic-radiation magnetic-fields dipole or ask your own question.

2
Are the electromagnetic waves transverse?
3
If time-varying electric and magnetic fields originate each other, how come they are in phase?
3
Question on EM waves