equivalent emf for cells of unequal emfs connected in parallel?

In a reference book, a question was asked to whether three cells of unequal emfs are characterized by a definite emf and internal resistance.

I thought the answer to be in the affirmative. But no, in the book it's given that there is No Formula for calculaing the equivalent emf and equivalent internal resistance of non-similar cells joined in parallel.

But only minutes before I had read the formulae for determining these quantities: 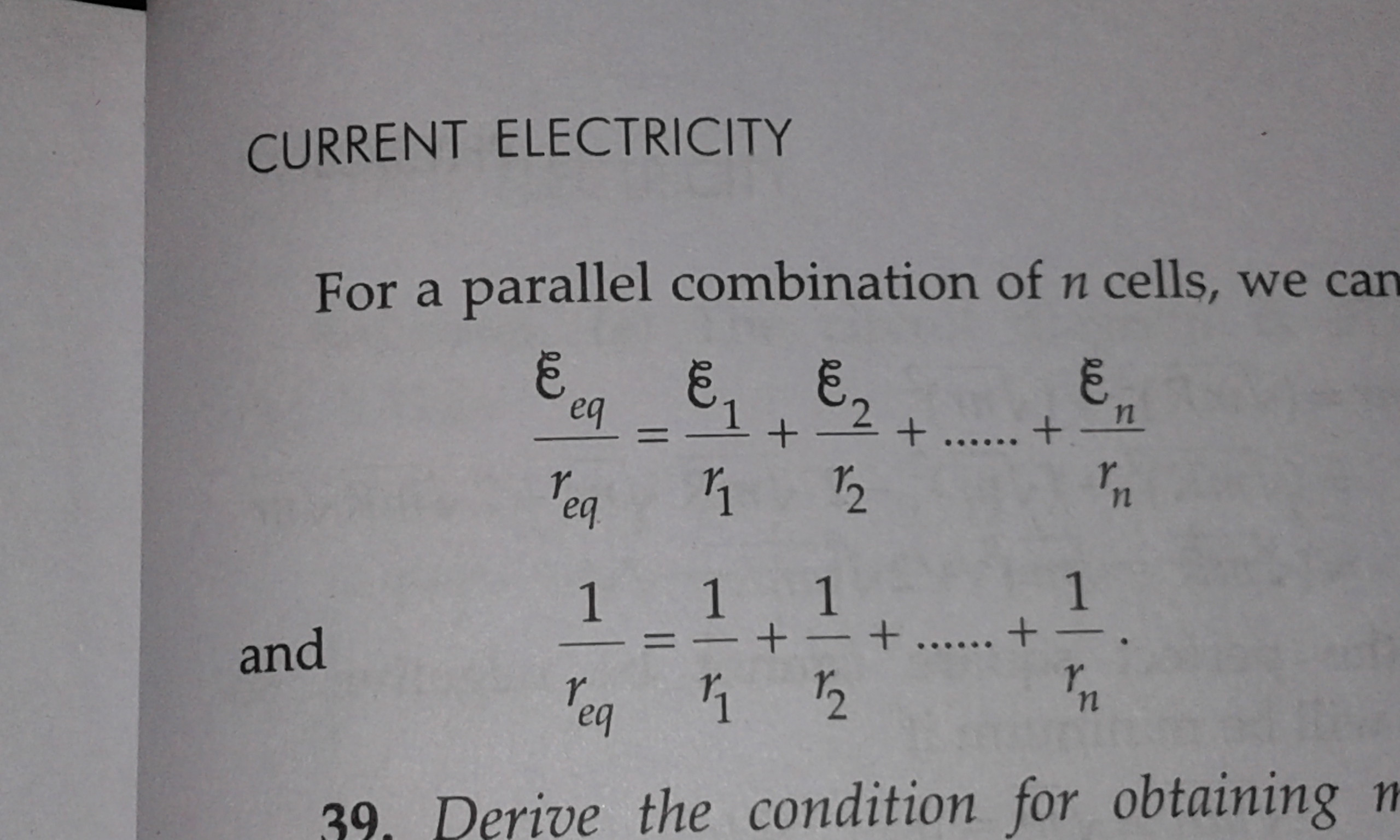 Now, we can easily determine the equivalent end and equivalent internal resistance from these formulae, can we not? So what am I missing?

Is there something wrong with how I interpreted what these formulas mean or what my book really said?

EDIT: The concerned question and the solution are shown below: 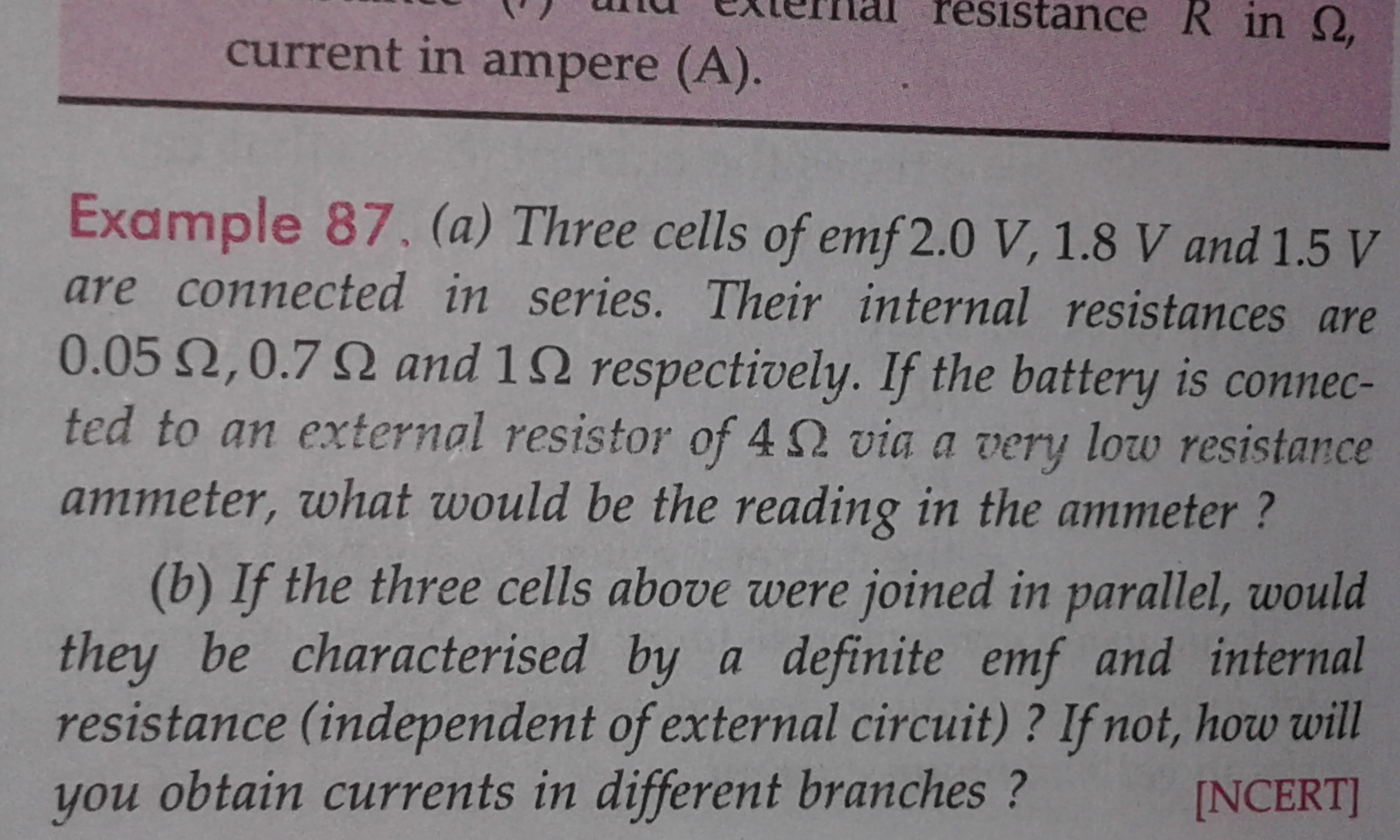 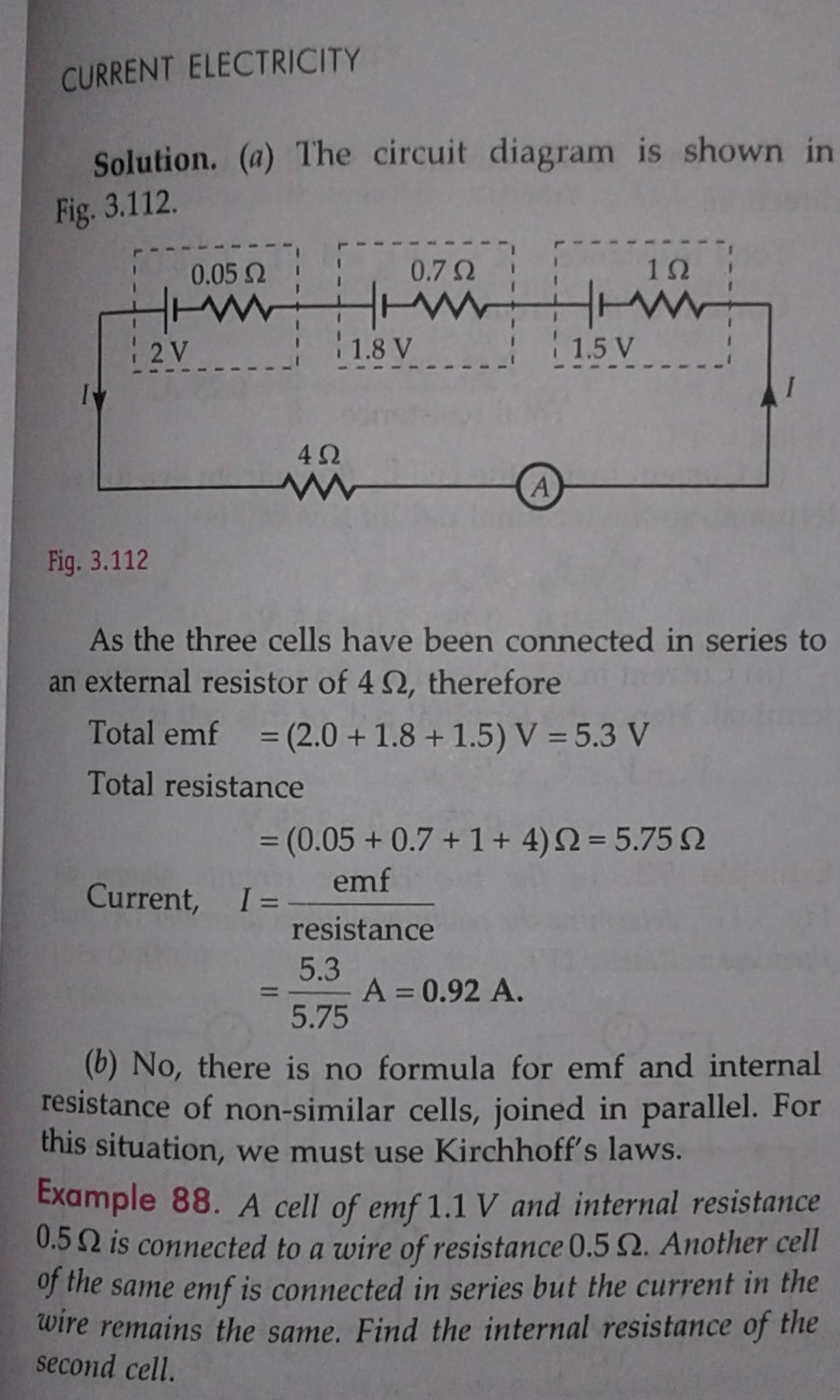 The textbook is confusing. Possibly the text, questions and solutions were written by three different people. The text (1st image) is correct. Part (b) of the solution (3rd image) is incorrect.

Any combination of cells and resistors can be replaced by a single cell of definite emf in series with a definite resistance. This is Thevenin's Theorem. It is true for cells in series as well as cells in parallel. It is true whether or not the cells are identical.

The solution states that there is no formula for the emf and internal resistance of a cell which is equivalent to a network of unequal cells in parallel. This is not true and it does not answer the question. Both formulas given in the 1st image are correct.

Not the answer you're looking for? Browse other questions tagged homework-and-exercises electric-circuits electrical-resistance voltage or ask your own question.