Ask Question
Asked 5 years ago
Modified 5 years ago
Viewed 308 times
-2
$\begingroup$
This question already has answers here:
If I push or hit an object in space will it rotate or move along a straight line? (6 answers)
Closed 5 years ago.

A rigid body is formed by two masses $m_1$ and $m_2$ ($m_1$ is not equal to $m_2$) joined by a rod of negligible mass and length $4L$. The system is initially at rest on a smooth horizontal surface. If a horizontal and perpendicular force is applied to the middle of the rod, then it follows that: 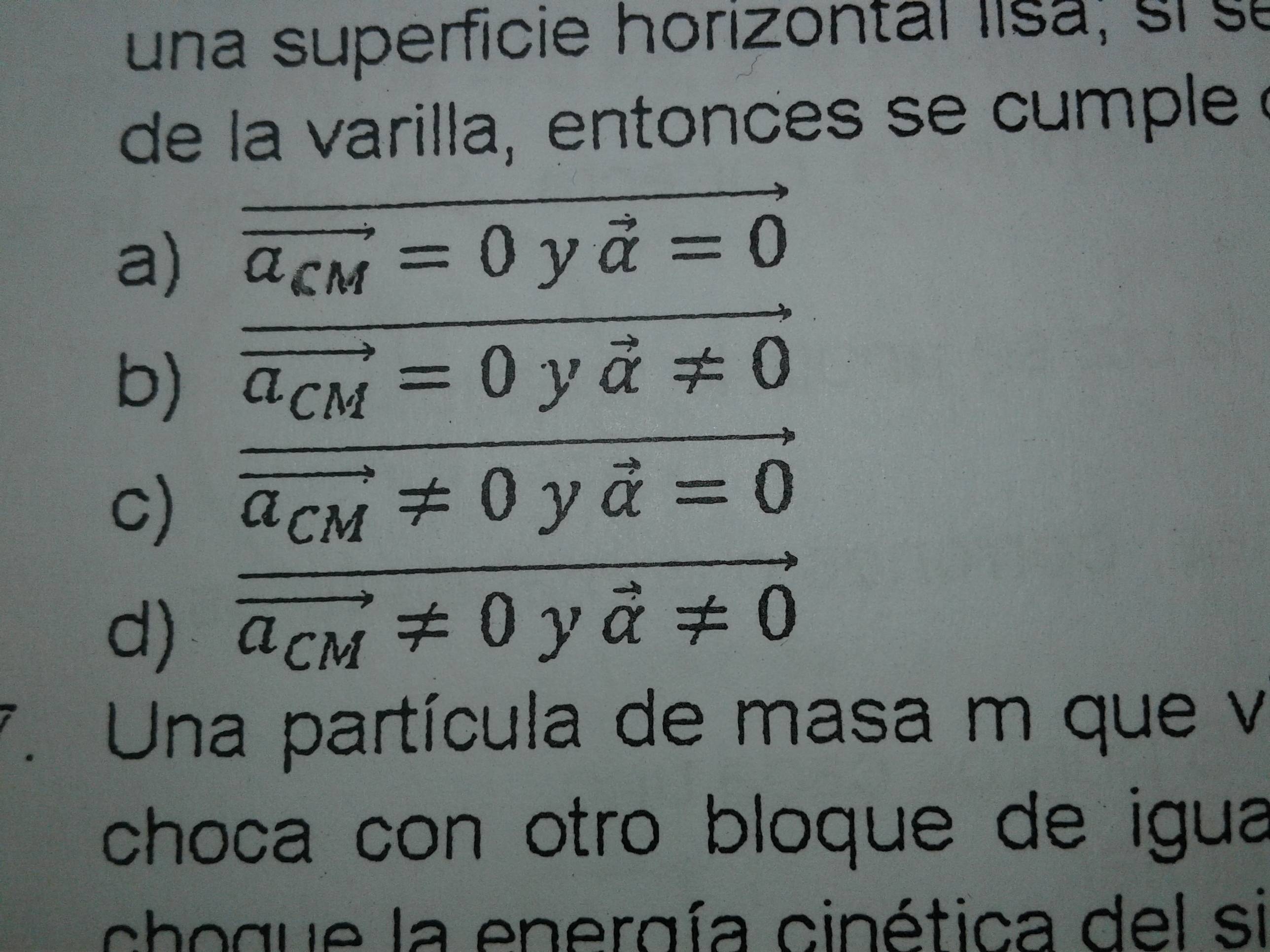 This is how I reasoned: Considering that $m_1$ is left and $m_2$ is right, the center of mass (CM) is not in the middle because the masses are different, what means the CM is either left or right from the middle of the rod depending on the relationship between $m_1$ and $m_2$.

However this relationship is not stated, but we can make the following assumption: let's say that $m_1 = 2m_2$. Then, the center of mass would be left closer to $m_1$.

First, it is obvious that if the surface is frictionless, the system will accelerate from rest according to Newton's 2nd law for the CM. But... how can I determine if the system rotates or not? Will it have angular acceleration or not?

In general, how can I know exactly when a rigid body has both linear and angular acceleration?

I know that according to Newton's 2nd law for rotational dynamics, angular acceleration ($\alpha$) depends on inertia (of the system) and net torque. But since net torque is calculated respect to a rotation axis (and inertia too) how can I choose it and which is it? My professor told us there's sometimes a natural axis rotation, but I don't get it... The rod doesn't have an end fixed!

Please, I want a clear and deep explanation!

The Newton-Euler laws of motion (in vector form) are:

1
If I push or hit an object in space will it rotate or move along a straight line?
22
Why does torque point perpendicular to direction of the motion?

5
Deriving torque equation from Newton's 2nd Law
0
How to calculate the moment of inertia of a 2 point mass system
1
How does a rigid body constiting of two particles rotate?
2
Center of mass of constrained rigid body
0
Understanding of a pendulum with (perpendicular) moving masses