Is the fact that 100 kPa equals about 1 atmosphere accidental?

Typical atmosphere near sea level, in ambient conditions is around 100,000 pascals.

Nowadays, definitions of units are often fixed to various natural phenomena, but it wasn't quite so when they were being created.

The Second is an ancient unit, derived from a fraction of day, 1/86400 of synodic day on Earth. The meter is derived from circumference of Earth, $10^{-7}$ the distance from north pole to equator. The kilogram came to be as mass of a cubic decimeter of water.

100,000 pascals, or 1 bar, though, is about the average atmospheric pressure at sea level. That's an awfully round number - while Earth atmosphere pressure doesn't seem to have anything in common with the rest of the "sources" of the other units.

Is this "round" value accidental, or am I missing some hidden relation?

This is a coincidence. There's nothing about the atmosphere that would make it have a nice relationship with the Earth's rotation or diameter, or the fact that water is plentiful on the surface.

On the other hand, it's important to note that the coincidence isn't quite as remarkable as you note, because of a version of Benford's law. Given absolutely zero prior knowledge about how much air there is in the atmosphere, our guess about the value of the atmospheric pressure would have to be evenly distributed over many orders of magnitude. This is akin to throwing a dart at a piece of log-scale graph paper: 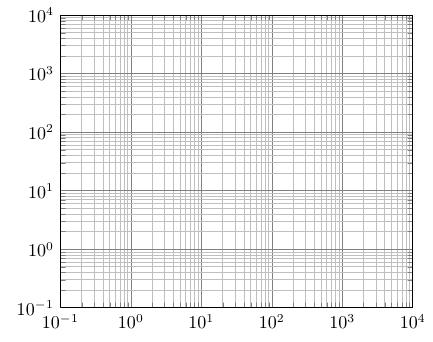 Note that the squares in which the coordinates start with $1.\:{{.}{.}{.}}$ are bigger than the others, so they're rather more likely to catch the dart. A similar (weaker) effect makes the probability of the second digit being 0 be 12% instead of the naive 10%.

To expand on @EmilioPisanty's answer. The original definition of the meter was:

one ten-millionth of the distance between the North Pole and the Equator[.]

The original definition of the gram was:

The word gramme was adopted by the French National Convention in its 1795 decree revising the metric system as replacing the gravet introduced in 1793. Its definition remained that of the weight (poids) of a cubic centimetre of water.

And the original definition of a second can be traced back to the sexagesimal counting system of the Babylonians and the length of a day. Thus the original definition of a second is $\frac{1\operatorname{day}}{24 \times 60 \times 60}$, on average. Roughly speaking, then, we can trace the value of $1$ Pascal back to the radius of the Earth, the rotational period of the Earth, and the density of water. There is no reason to expect the pressure of the atmosphere at sea level to be particularly closely related to any of those, since that will depend on the composition of the Earth (the mass dictated by the Earth's material composition [balance of silicates vs iron/nickel]), its radius, and the temperature at its surface (which depends on the sun, planet's albedo, etc.), the strength of the Earth's magnetic field, and how energetic the solar winds stripping the atmosphere away are.

At any rate, in terms of the original definitions, the Pascal is given by: $$1\operatorname{Pa} \equiv \left(\frac{729 \pi^2}{39,062,500,000}\right)\frac{\rho_{\mathrm{water}} R_{\mathrm{Earth}}^2}{T_{\mathrm{day}}^2},$$ and we have no reason to expect that the atmospheric pressure at sea level to be particularly closely related to any of those variables, especially given the interference of other factors in fixing the air pressure at sea level.

Note that the air pressure at sea level can also change. Consider Venus, for example. It's a smaller planet, but the combination of being closer to the sun and a strong greenhouse effect means its atmosphere is incredibly heavy. The pressure at the surface of Venus is $9.3\operatorname{MPa}$, or about $92$ times greater than atmospheric pressure here on Earth.

Looking at how the temperature of Earth, the composition of its atmosphere, and the solar output have all changed over time, I would be surprised to learn that the sea level pressure of the atmosphere has been stable to better than a factor of $2$ over its whole history.

Edit: I found a reference to one reconstruction of ancient atmospheric pressure.

No it is not coincidence:

It is because units for mass, force and pressure have been choosen such that common ratios of those units (density of water $\rho_{Water}$, gravitational acceleration on earth $g$; pressure unit $1 at$) have values that are powers of 10. (Further improvements in measurement changed those values a little bit later on; especially $g$; that's why the values are not exactly $1.000\times 10^n$).

Putting that together you get:

EDIT:
I'm referring above to the value of 1 at (called "technical atmosphere") not the standard atmosphere.

Note that the title of the original question is ambiguous as it just mentions "1 atmosphere".

Not the answer you're looking for? Browse other questions tagged pressure si-units metrology or ask your own question.

0
What is the volume of a parcel of air of a giving weight at average sea level pressure
2
Pressure at a given altitude?
3
Why was the conversion factor of the metric unit bar chosen the way it was?
0
Would an airtight box filled with air act the same way to 1 bar of water pressure as the same box vacuum-sealed at atmospheric pressure?
0
why is air pressure in force per area instead of volume?
2
Pressure at ground level and at sea level
2
Definition of atmosphere unit and relation to temperature and gravity
0
Base unit definition and realization under relativistic conditions