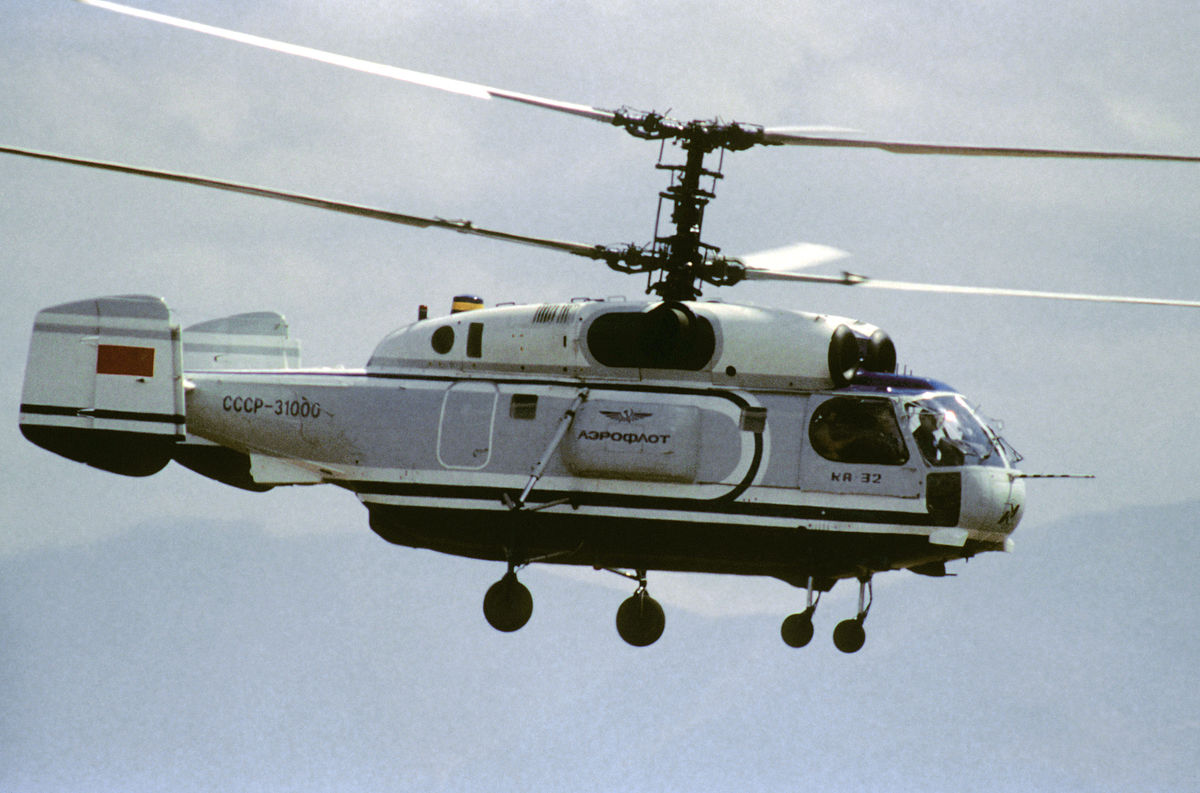 I'm only a HS physics student, so please bear with my lack of jargon. My question goes like this:

In the scenario of two coaxial rotors spinning independently in two different directions, each with the same amount of torque, are the thrusts produced by each rotor the same as if the two rotors were side-by-side? 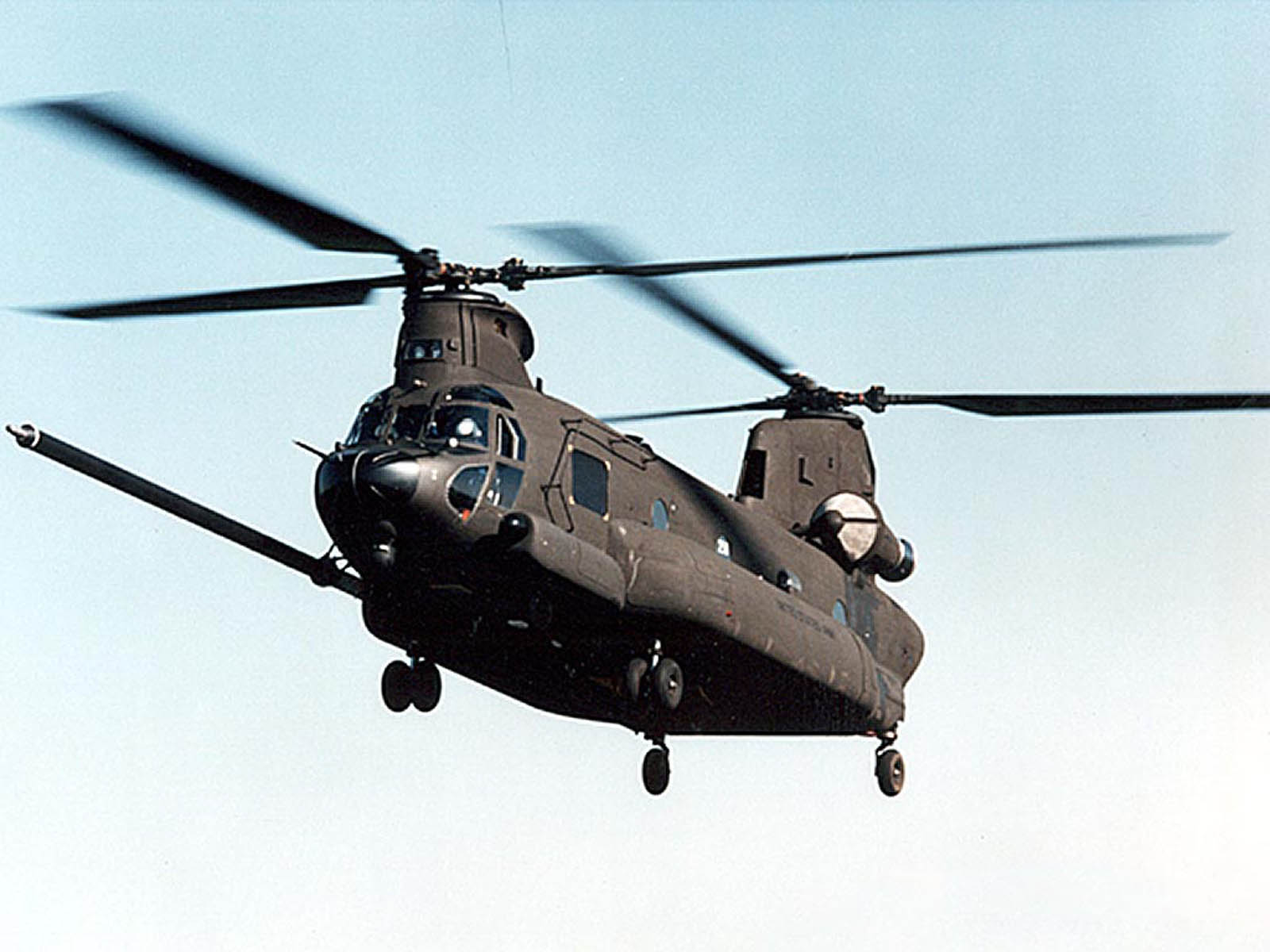 My first guess was that they had to be different because of things like air displacement and pressure from the above rotor being applied to the below rotor, but it seems everything I find treats each rotor's thrust like it is completely unaffected by the one above or below it. Could someone shed some light on this? In what way is thrust from the above or below rotor affected by its companion? Thanks a lot!

First off, my answer is short because I think this is far more of an engineering or aviation SE question than a physics one.

To directly answer your question, any coaxial rotor setup is inherently less efficient than the individual blade arrangement of the Chinook helicopter, for example, that you cite in your post. The aerodynamic efficiency of the coaxial arrangement compares badly, overall, in many ways, than the Chinook example.

To give one example of why this is so, is due to the fact that the upper rotor has ( I am very aware that this might be obvious), more of an predominant role than the lower rotor.

Ignoring the complexity of the coaxial system, (which is definetely more engineering more than physics ), in fluid dynamical terms, there are undesirable aerodynamic interactions between the rotors.

The upper rotor produces a greater amount of downwash velocity on the swept area covered by the lower rotor, which is again not difficult to justify intuitively, than either blade would in the Chinook example.

So, if that is just one disadvantage, why where they built in the first place?

Coaxial helicopters were designed, in part, to obviate the need for a tail rotor, which has advantages in both tree covered terrain and for military use (both in low altitude flying patterns).

However, from personal experience (at an airshow), I have to say that these coaxial helicopters are particularly loud, conpared to a single main rotor and a smaller tail rotor, which reduces their miilitary advantage.

In a simple single-rotor helicopter with a torque-canceling tail rotor, the tail rotor is both a danger and a source of inefficiency. On the ground, it is a danger to people and objects nearby, and in the air one must be sure not to interfere with it, such as by dropping small objects that the wind could carry into it. If it is damaged, the helicopter's in big trouble.

In the Chinook, with fore-and-aft rotors, it allows a long narrow air-frame capable of holding lots of people and equipment and having low drag. The lift of each rotor is simply equal to the weight it is carrying at that point. The amount of lift is controlled by adjusting the angle of attack of the rotors, by means of the collective pitch control.

In the coaxial design, I suspect the angle of attack of the lower rotors has to be adjusted to a higher angle, at least when hovering, because it is working on air that is already moving downward.

Keep in mind that when any helicopter is traveling forward at a certain speed, the forward-moving rotor blades have a higher airspeed than those on the opposite side. This has to be compensated for with angle of attack (cyclic control), but even so, the total lift of a particular rotor disk is off-center. Also, it is undesirable for the forward-moving rotor tips to go trans-sonic.

Not the answer you're looking for? Browse other questions tagged newtonian-mechanics torque aerodynamics lift or ask your own question.

4
Why ballasted gliders fly faster?
1
Forces on an aircraft - thrust, lift, drag, weight
12
What makes a wrist-energized gyroscope rotate faster?
0
Question about torque reaction of a helicopter
2
Coaxial Rotor Helicopters
1
Question on statics
0
How to calculate conservation of Angular momentum with several rotations/axis in a system?