In the delayed choice quantum eraser, what would happen if we were to send the second entangled particle into a blackhole?

In the delayed choice quantum eraser experiment, what would happen if we were to send the second entangled particle into a blackhole instead of the eraser apparatus?

I wrote up a lot of this stuff a while ago on my github, if it helps -- not specifically what happens if we black-hole the second qubit, but all of the math you'll need to understand the basic results up through the delayed choice quantum eraser.

When you look at your quantum-eraser double-slit experiment, you scan a photon-counter across some $x$-axis and count how many photons you get at each individual point; if you were to just plot the photons coming into any given position place you would see the following red curve: 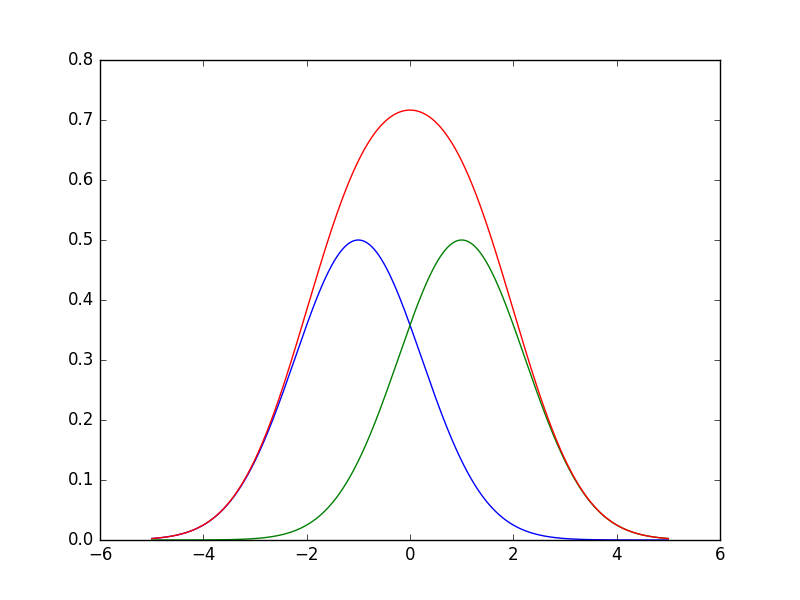 You can see that this curve is a sum of the blue and green curves; this is additional information that you get by correlating the individual photons you are detecting with a separate counter: the counter of the entangled photon, before you "erase" the interference. This photon is able to tell you "which way" the photon went. In practice we do this by "coincidence counting", we use a polaroid filter, and then use a photon-counter to detect the entangled photon. We then are very careful to only count when both of these two counters fire within some short time interval; ideally that time interval is much shorter than the mean time between counts so that this "coincidence" really means that the detected photons were part of the same entangled pair. Turn the polaroid filter one way and you will see the blue curve; turn it 90 degrees and you will see the green curve. The question of how you turn the polaroid filter is the "choice" you make; for the "delayed choice" quantum eraser you insert an optical delay in the entangled photon before it hits the polaroid filter, and you choose the orientation of the polaroid after the electrical signal for the photon has already been detected. 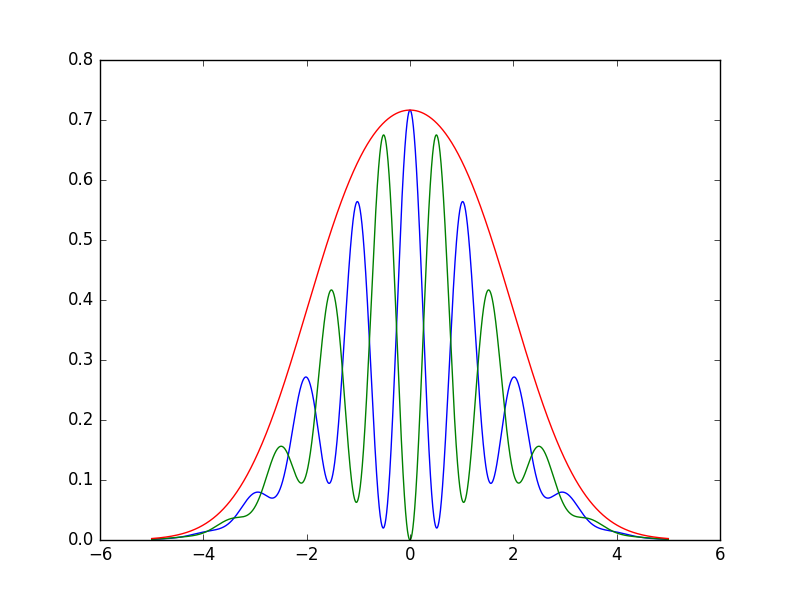 This blue curve that you see is exactly what you would have seen from a double-slit experiment without any of the added "quantum eraser" setup; it's the wavy interference pattern that we're used to. The green curve is also interesting, it is what you would see if you attached two opposite half-wave plates in front of the slits to get them to be 180 degrees out-of-phase. But, you see that these two sum up to the exact same red curve.

If you throw away the photon by any means -- throwing it into a black hole is only one way to do this -- then you have no way to get any of these sub-curves and you'll instead see the red bell curve, not any of these green or blue curves.

Nothing happens when you send those particles in the eraser (unless you correlate the outcomes), so nothing will happen here as well: There will be no interference pattern.