What is exactly three phase and one phase?

I live in a hostel. When I woke up today, there was no electricity. A few hours later, the fans started working, as well as the modem although they weren't too fast. A guy sitting there told some things to me -

I fail to see what three phases have to do with this. Three phase power is usually used in industrial and business applications.

There are three conductors of which two are live (hot) and often colour coded black and red and a third called the neutral which is colour coded white.
There may well be a fourth wire with no insulation on it or with green or green and yellow insulation which is the earth.

Suppose that circuit breaker 2 disconnected live 2 (L2) then fan 2 and the air conditioner would not work whilst the charger and fan 1 would continue to function.

The alternating voltages are as follows and have a frequency of 60 hertz (Hz). 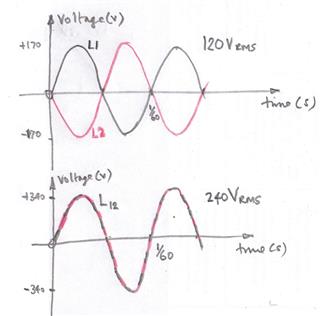 In fact live 1 voltage is $180^\circ$ out of phase with live 2.
This is achieved by the use of a centre tapped transformer which you may have seen at the top of poles? 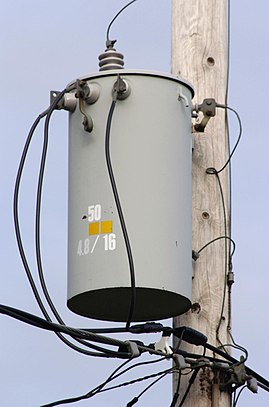 The three phase supply to which you refer is used to convey large amount of electrical power and the voltage graphs for the four conductor (three live and a neutral) look like this. 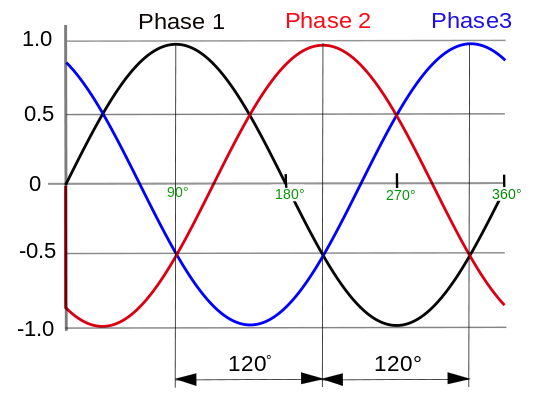 Again if each of the three phases draw the same current the current in the neutral will be zero.
That is generally not the case but it does mean that the neutral conductor can be considerably thinner than the live conductors.

Transmission towers (pylons) usually carry conductors in groups of three with extra earthing conductors (for lightning protection) as can be seen below. 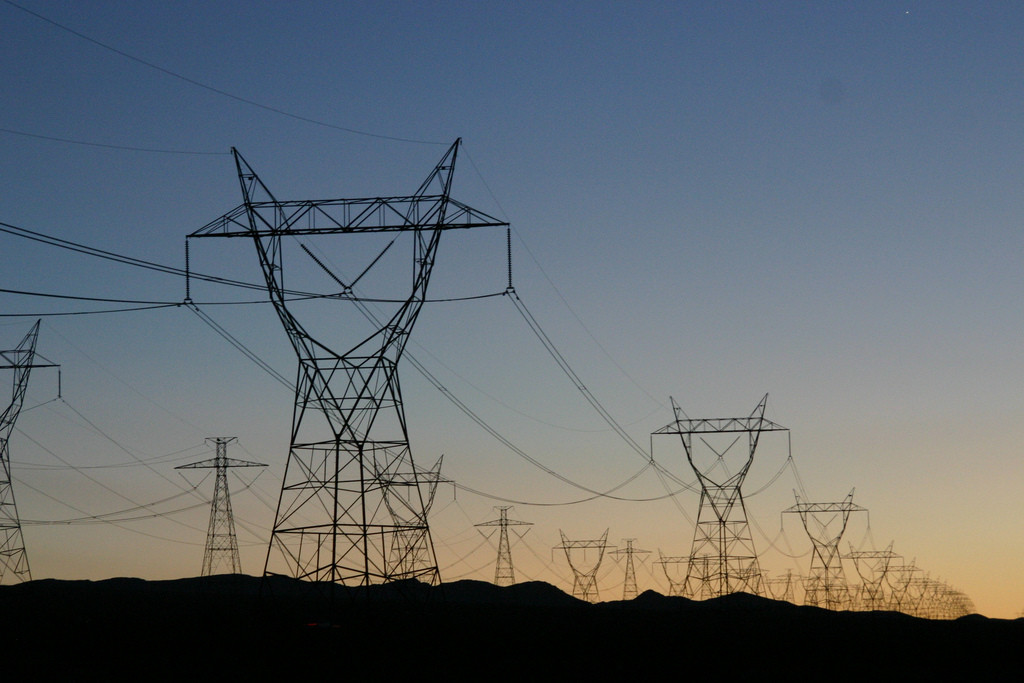 You question about impedance is all to do with the flow of electrical power from one device to another.

If you want maximum power transfer between the source (eg iPhone) and the headphones the best that you can do is to have the output "impedance" of the device equal to the impedance of the headphones.

Making the impedance of the headphones larger will reduce the power being transferred but may alter other characteristics.

However this is rally from a different era and with modern electronics impedance matching is not always necessary and having a high impedance set of headphones can potentially improve fidelity but you need to refer to the experts for this.

Not the answer you're looking for? Browse other questions tagged electric-circuits acoustics electric-current or ask your own question.

5
Condition for resonance
0
Gain as a function of frequency (RC high pass filters)
20
Are the "bird sitting on a live wire" answers wrong?
2
What is the relationship between voltage, current, and a transformer?