As a completely tangential type of answer. Consider a neutron star; due to the General Relativistic bending of light in curved space we are not bounded by the dull constraints of Euclidean geometry!

If the radius falls below 1.76 times the Schwarzschild radius for its mass$^1$, then then all of the surface is visible, when viewed from any direction (e.g. Pechenik et al. 1983; Kraus 1998). Light rays emitted tangentially to the surface from a point on the neutron star that is opposite a (distant) observer would be bent through 90 degrees whilst travelling to the observer. According to that observer, the antipodal point would actually form the circular boundary of the observable disk and hence they could "see" 100% of the surface.

For neutron stars with radii even less than this (as a fraction of the Schwarzschild radius), then there are multiple paths for light to reach the observer for some parts of the surface and they could be seen more than once on the visible disk.

e.g. a neutron star just below the critical $R/R_s$ value where the entire surface can be seen. (From http://www.spacetimetravel.org/ssm/ssm.html ) 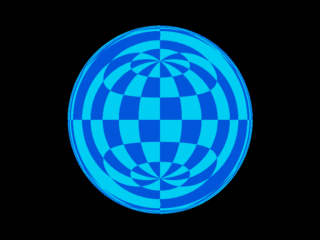 $^1$ @SeleneRoutley asks whether such objects are theoretically possible or stable? A full answer to this is contained within my response to this Physics SE question, but to summarise:

GR does impose a limit on the mass/radius ratio of neutron stars, but the exact limit depends on the equation of state governing the structure. The diagram below shows the theoretical mass-radius plane, adapted from Demorest et al. (2010). The shaded part top-left and marked "Causality" is outlawed by GR and any equation of state where the sound speed is less than the speed of light (as it must be).

The phenomena discussed above are "routinely" taken account of when inferring spatial structures associated with the pulse profiles of rotating neutron stars at X-ray wavelengths (Sotani & Miyamoto 2018). 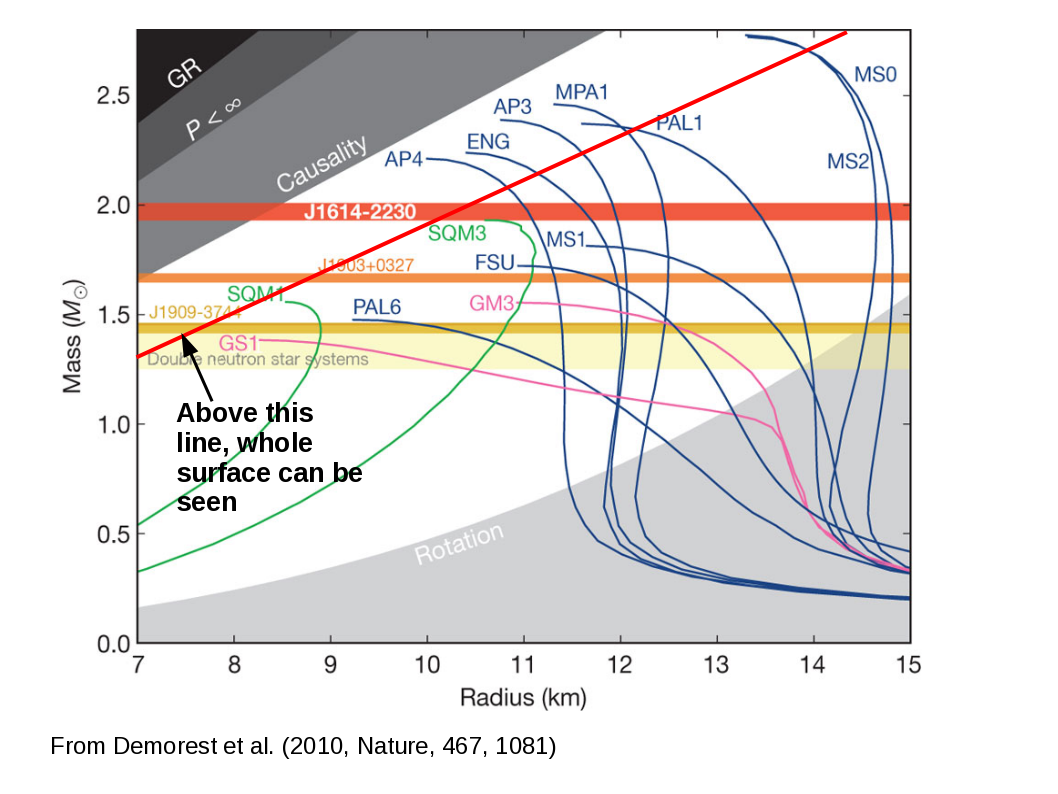 5
Size and density of neutron stars
2
Is there an limit on which part of a surface I can see if the viewing angle is limited?
-2
Function must be discontinuous over $r=0$ due to physical impossibility

0
Confusing mirror problem
10
The physics behind Google Glass' "prism"
2
Moving an object away from a concave mirror, why does object become extremely blurry way before reaching focal point?
18
Why do we see a rainbow of colors reflected off a CD or DVD?