It is given in my text that a loop (made up of a flexible wire) of irregular shape carrying current located in a uniform external magnetic field changes it's shape to that of a circle in order to maximise the magnetic Flux. But I am having doubts on why actually the Flux needs to be maximized. Can anyone make it clear?

The flux does not need to be maximized. A magnetic field exerts a force on a current. It turns out that the direction of the force is such that a flexible, freely rotating loop will bend and rotate until the flux is maximized.

This loop will rotate until it is perpendicular to the field. Then the field will stretch the loop outward, which will maximize the area. 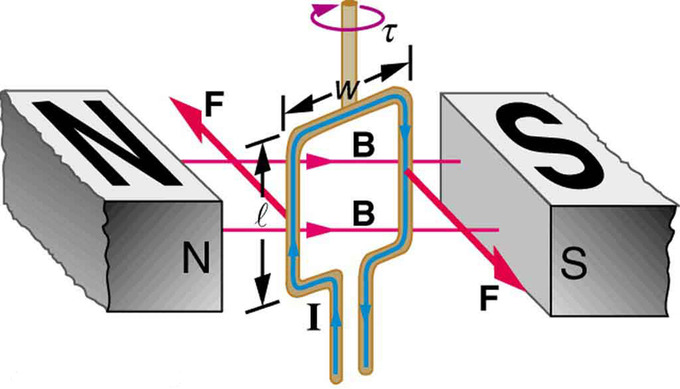 Maximising the total flux minimises the mechanical energy of a loop carrying a given current, I, in a given externally-generated magnetic field, of which flux $\Phi_{ext}$ is linked with the loop.

It can be shown (for example by replacing the loop with a sheet of magnetic dipoles) that the loop energy is $$U=\ –I\ \Phi_{ext}.$$ To minimise the energy, forces and/or torques will act so that the loop tends to change shape and/or orientation to maximise $I\ \Phi_{ext}$. But the circuit-linked flux, $\Phi_{I}$ that the circuit itself produces passes through the circuit in a direction related to the sense of the current by a right hand rule. That was the same convention, applied to $\Phi_{ext}$, responsible for the minus sign in the first equation. So when $I\ \Phi_{ext}$ is maximised, $\Phi_{I}$ will re-inforce $\Phi_{ext}$, so the total flux will be maximised.

Note that while the loop is changing shape and/or orientation, the current will change, owing to induced emfs; what I've said above assumes quasi-static changes.

8
How to prove that the net force on an irregular current carrying loop in a uniform magnetic field is zero?
1
Magnetic Potential Energy
0
Induction in a Coil with no direct field
0
Would a current be created if we connected a broken wire loop within a uniform magnetic field?
1
Trying to visually understand Ampere's Law
1
What is providing the force required to move the conductor in a changing magnetic field?
1
Effect of the Induced Magnetic Field
0
What is Ohms law for induced current?