First, there is no "entanglement photon" and "normal photon". There are simply two photons that will give correlated measurement results. Your question really doesn't need any quantum eraser setup (which doen't bring anything new to the quantum mechanics) but requires better understanding of what quantum entanglement actually is.

E.g. you may ask with what is probability $P\Big(\uparrow_{\theta,B}|\downarrow_{\phi,A}\Big)$ that if you measure spin of $B$ in axis $\theta$ you get "up" provided that the measurement of spin of $A$ in axis $\phi$ resulted in "down". This correlations are very easily described in quantum theory without introduction of any magic. However if you try to assume the hidden variables - that the nature is actually classical and probabilistic quantum description is simply a rough aproximate picture, then you get into all these troubles with superluminal signals and signals back into the past. Contrary to what for some reason most of the popular sources will tell you nothing of that exists in the quantum mechanics and the quantum eraser experiment and its variations proves nothing new except closing another hidden variable loophole. All the quantum mechanics tells you is that you get probabilistic measurements of $A$ and $B$ that don't influence each other (i.e. measurements on $A$ are the same if you don't compare them with $B$) and there are certain correlations between them.

As I said not about quantum eraser but simpler experiment where you just measure spins of $A$ and $B$ without any extra tricks. Let's first consider the idealized situation - there is no noise and photons $A$ and $B$ always hit their respective detectors. In reality the coincidence counter also helps you significantly reduce the noise so that you more surely detect the entangled pair you are interested in.

But now let's put the coincidence counter. Then you will get signal only when BOTH photons are measured with spin up for their corresponding detector axis. So if you get in this case the detection rate $m$, \begin{equation} \frac{n}{m}\simeq P\Big(\uparrow_{\theta,A},\uparrow_{\phi,B}\Big) \end{equation} And from here you can derive the correlations you are interested in. I think from that presentation it's obvious that it's not that when you measured spin for $A$ you somehow influenced the spin of $B$ and because of that detector at $B$ gives you different detection rate, it's just that you ignore those of the measurements when $A$ had spin down.

Now how it works in case of the quantum eraser (all images are taken from the Wikipedia). You have photon going to the double slit experiment at $D_s$ and another going directly to the detector at $D_p$. At first there's no polarization filter at $D_p$, 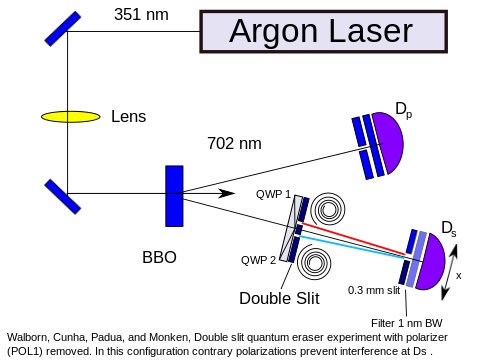 and at $D_s$ you get no interference (the measured picture is green). 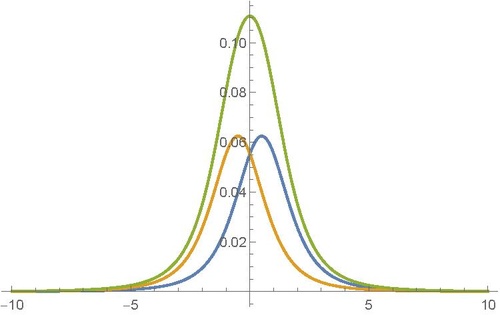 All the coincidence counter does in this case is ensuring that the photon you measure at $D_s$ indeed belongs to the entangled pair and not just a random noise photon. There will be of course lucky noise photons that will hit both detectors simultaneously but this is rare.

In the second case you put some polarization filter before $D_p$, 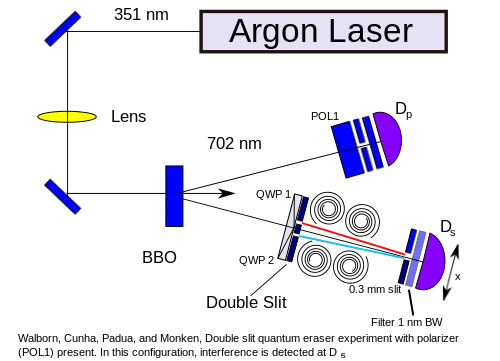 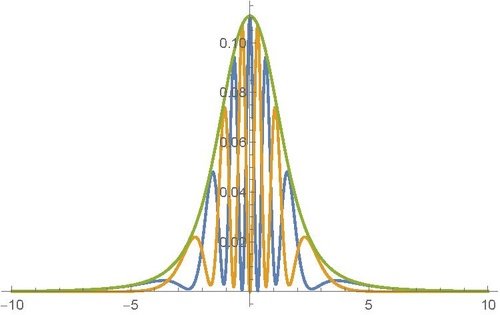 That's because in the second case you ignore half of the measurements done on $D_p$ leaving only those that were made provided that the detector at $D_s$ produced a signal.

So here is the final answer: with the coincidence counter you measure a certain correlation between measurements for the different entangled photons AND reduce the noise coming from the non-entangled photons.

Not the answer you're looking for? Browse other questions tagged quantum-mechanics quantum-information quantum-entanglement quantum-eraser or ask your own question.