This is a problem from Bangladesh Physics Olympiad:

My attempt: I think we can apply the image method here. Let's suppose, there is a fictious current carrying wire e under the super-conducting plane.Real and fictious wire are in equal distance $a$ from the plane and they are carrying current on the same direction. So, there would be no magnetic field on the super-conducring plane. 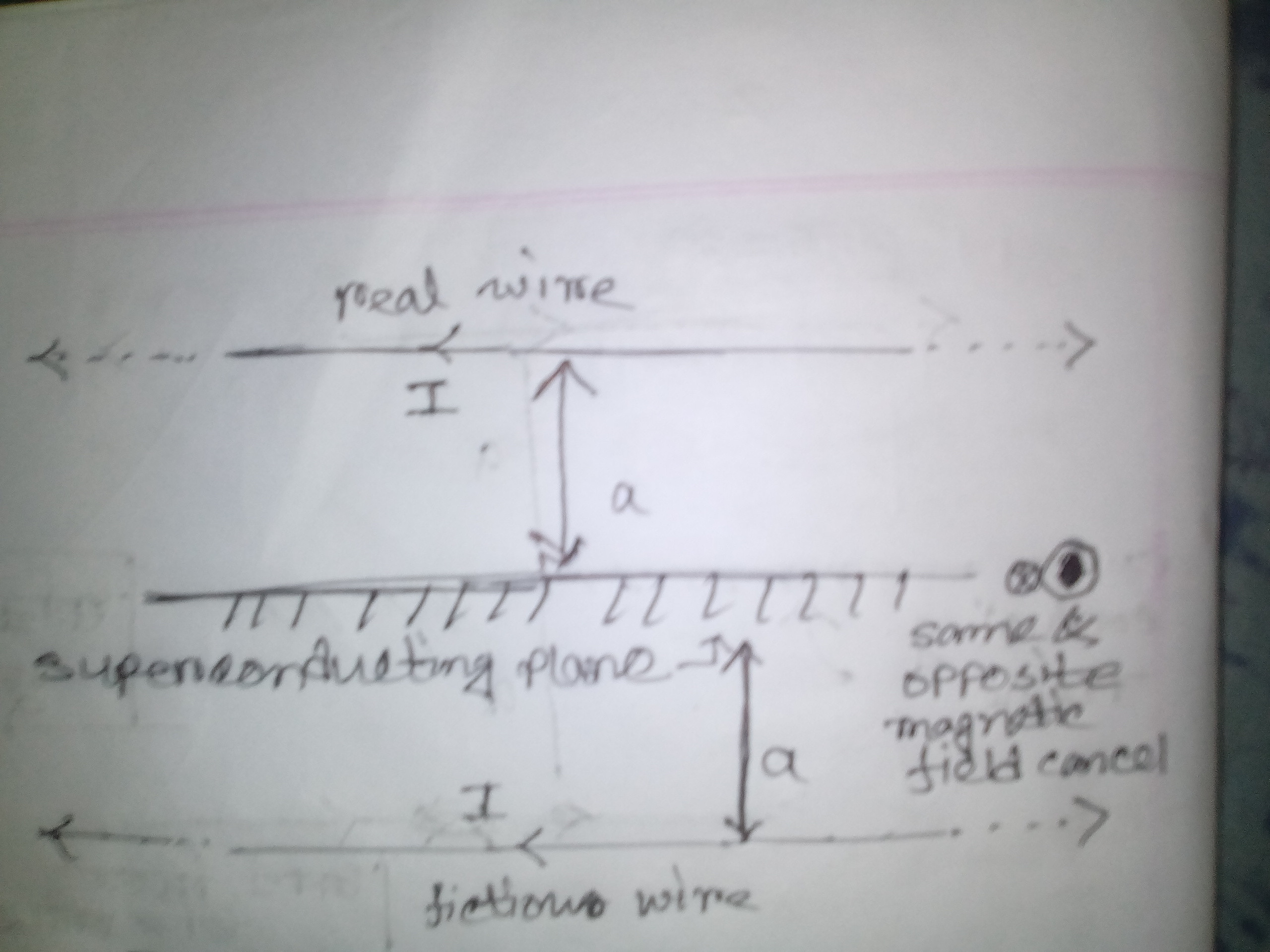 What's wrong with this method?

Your mistake is to assume that the image current is in the same direction as the object current.

When using the Method of Images in electrostatics, the image charge in a conductor has the opposite sign. The image of a +ve charge is a -ve charge.

Looking along the wire, the magnetic field will be as shown on the right in the diagram below. The green line represents the surface of the superconductor, and the object wire is the upper wire. 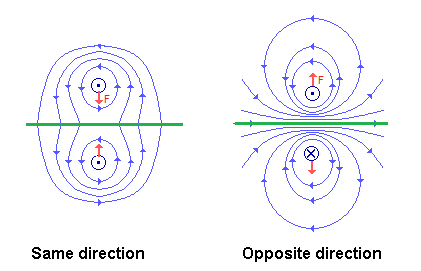 Image copied from University of Louisville Dept of Physics

If the image current was in the same direction as the object current (as on the left), then the magnetic field would be zero at the mid-line between the wires (as you point out), but it would be non-zero at all other points on the surface of the superconductor. Moreover, it would have to penetrate the superconductor, which we know does not happen (except for flux pinning - see How does quantum trapping with diamagnets work?).

Not the answer you're looking for? Browse other questions tagged homework-and-exercises electromagnetism electricity superconductivity or ask your own question.

9
How does quantum trapping with diamagnets work?