Of course I know about up and down quarks, but I cannot seem to find that much about the other four (of course being eight if we're including antiquarks). Is mass the only difference between the quarks? Can the other quarks form hadrons of their own? Is there some interesting matter or reaction or anything that any of them can make or do, or are they really as boring as the Internet has been telling me?

First of all, where did you find those "boring materials on the internet" about the quarks? Quarks are not boring at all; in fact they are of a major importance in the Standard Model.

There are 6 types of quarks (plus their anti-quarks): up,down,charm,strange, top and bottom. Each one has different properties, such as electric charge, mass, color charge and spin.

There are so many materials where you can read about them, that I don't even know which one should I recommend, so I'll just go with a safe bet: wikipedia

And as you mentioned, they can form hadron of their own, and they participate in many processes.

I guess the best way to do it is to read about them, and then decide for yourself if they are boring or not.

Wikipedia does a good job of explaining the quarks, but really all you need to know is in the handy Standard Model particle chart: 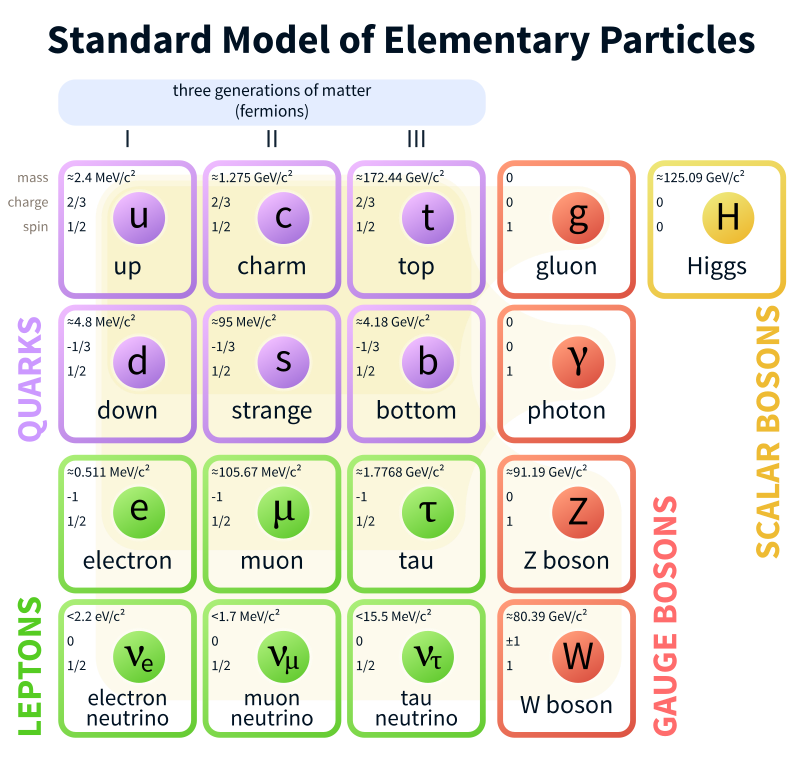 Quarks come in three generations and two different electrical charges, $+2/3$ and $-1/3$. Like the up and down quarks, which differ in electric charge and therefore in how they can combine to make integer-charge baryons and mesons, the charm/strange and top-bottom quarks work slightly differently with respect to the kinds of combinations they can form. However, that is essentially it, and in particular the up / charm / top and down / strange / bottom triplets behave identically as far as which interactions they're able to take part in.

On the other hand, the masses are different from generation to generation, and that is not just some random property that you jot down and forget: the mass of a particle is (via $E=mc^2$) the energy that it can contribute to a reaction, and the more massive the particle, the more energy it can bring in, and the wider the array of reaction products that can come out.

Thus, if you start with, say, a Lambda baryon, you have enough energy to produce, say, a $\Delta^+$ baryon, which has $uud$ quark content with all their spins aligned (instead of two anti-aligned), and can therefore be seen, roughly, as an excited state of the proton system. On the other hand, if you start with a proton, you would need to provide some significant energy to excite it into the $\Delta^+$ state.

I should also mention that for each of the given quarks there is a quantum number known as flavour, or more specifically strangeness, charm, topness and bottomness, which can be used to characterize the particle content of the reaction at any given state. Unlike electric charge and baryon number, which are always conserved, the individual flavour numbers are only weakly conserved: many processes (and in particular strong-force and electromagnetic interactions) will respect them, but weak-force interactions don't.

Thus, as an example, the strong and electromagnetic interactions forbid the decay of the $\Sigma^+$ baryon (quark content $uus$) into a proton's $uud$, as that would decrease the strangeness of the state, so the process is relatively unlikely, as only weak-force routes can mediate the decay.

Not the answer you're looking for? Browse other questions tagged particle-physics quarks or ask your own question.

22
What Do We Get From Having Higher Generations of Particles?
4
What is mass of free up and down Quark?
8
What is the role of the color-anticolor gluons?
4
Matter and antimatter differences?
1
Why is quark flavor just a SU(N) group?
0
What would strange and charm matter look like?
5
What's the difference between a pentaquark and a proton?
4
How does a quark star collapse into a black hole?
0
Difference between boundedness (electrons around nuclei) and color confinement (quarks)
3
How are composite hadron fields related to elementary quark fields?