What is a wavicle? I learned in electronics class that electrons are little particles. In physics they even say that the electron orbits the nucleus thus exhibiting angular momentum. But in chemistry they were little electron clouds. And physics deals with position and momentum in a probabilistic way. Also, light is bent into a spectrum through a prism - a wave. And according to the photoelectric effect, a photon (a particle) knocks out from the atom a photoelectron. Then, I see that quarks are termed 'particles.' I have heard that these are best described as fields with little knots or wrinkles which define the phenomena. Has physics no imagination to describe which metaphor better describes this duality? Pilot waves out of the question?

That being said, you will find that in the vast majority of physics and chemistry, electrons or photons will behave so close to how a particle behaves that we can comfortably ignore the wave-like behavior. Some other times, electrons or photons will behaves so close to how a wave behaves that we can comfortably ignore the particle-like behavior. However, this lends itself to the natural question: where do they cross over from wave to particle? Is it a hard edge where they're a wave in one situation and immediately a particle in another?

The answer is no. There's a murky ground where neither approach describes the behavior we see very well. This is the purpose of demonstrations such as the single-photon double-slit experiment. It demonstrates that if you make the assumption that a photon is either a wave or a particle, the outcome of the experiment always baffles you. Only when you let go of both assumptions can you come to models (such as those of QM) which fully predict the behavior of these experiments.

However, we have to get people to that point. We can't teach Quantum Mechanics in elementary school, at least not meaningfully. People spend almost two decades interacting with the world around them before we start to introduce them to quantum mechanics in science class, and even then most people will not have any need to actually understand it. For the vast majority of people, treating photons and electrons as a wave or a particle is a sufficient approximation to get by. (in fact, to be frank, most people don't even need to get that far. Few need to understand the subatomic world at all!)

For those of us who do dive deeper, the equations are the metaphor. At a philosophical level, it is an undecided question as to whether mathematics defines the universe or if we invented mathematics to make sense of the universe. And the metaphors aren't all that useful either. If you're working in one of these exotic environments where you need QM, you aren't going to reach for a metaphor to solve a problem, you're going to reach for a model which can make meaningful predictions.

It's just a term for wave-particle duality, and that subject has been discussed before on Physics SE. It's a term I don't see in much use.

Has physics no imagination to describe which metaphor better describes this duality ?

The generating of imaginative names is not generally taught in physics courses. If you want a name for something, talk to marketing - it's about all they do. :-)

And it's not a metaphor.

Pilot waves out of the question ?

Pilot waves is not a theory with much traction, for reasons described adequately elsewhere on Physics SE.

I learned in electronics class that electrons are little particles. In physics they even say that the electron orbits the nucleus thus exhibiting angular momentum. But in chemistry they were little electron clouds. And physics deals with position and momentum in a probabilistic way. Also, light is bent into a spectrum through a prism - a wave. And according to the photoelectric effect, a photon (a particle) knocks out from the atom a photoelectron. Then, I see that quarks are termed 'particles.' I have heard that these are best described as fields with little knots or wrinkles which define the phenomena.

... just lists different models used to make working on different problems either more practical or to reach the required accuracy. Which is what you do in physics.

Put another way, we still use e.g. the Ideal Gas Law, not because it's accurate, but because in many situations it's "good enough".

The wave-particle duality is a fundamental matter bridging science and philosophy which demonstrates the limits of human knowledge. If you think that's too strong a statement, please read Richard Feynman's Lectures in Physics, such as the excerpt below. You might try to get out of this conclusion by saying it only teaches us about the limits of our language. If so, why are we not knowledgeable enough to satisfactorily improve that language?

Using a term like "wavicle" is a great idea because it helps dislodge the idea that we can relate the electrons, light (or whatever we are talking about) to notions we are comfortable with such as pure waves or particles. Scientists should eagerly admit these limits to our abilities, and the great ones have done so in stark terms such as: "we have given up" or "God doesn't play dice".

In my first year of college teaching I watched a freshman chemistry student asked a recent Harvard Ph.D. how the electron in one lobe of a p-orbital could get to the other lobe if there was zero electron density at the node? The brilliant professor was stumped, and I felt bad for him. But I used that story for years to encourage my students who were also stumped, and to help them realize: "You're thinking about it all wrong: they're not particles! And they're not waves! They're wavicles!"

Richard Feynman: "the electron, for example, was thought to behave like a particle, and then it was found that in many respects it behaved like a wave. So it really behaves like neither. Now we have given up. We say: “It is like neither...This would mean, if it were true, that physics has given up on the problem of trying to predict exactly what will happen in a definite circumstance. Yes! physics has given up. We do not know how to predict what would happen in a given circumstance, and we believe now that it is impossible" 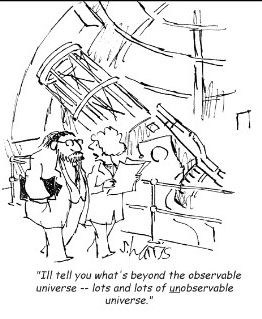 Not the answer you're looking for? Browse other questions tagged quantum-mechanics quantum-interpretations measurement-problem wave-particle-duality bohmian-mechanics or ask your own question.

71
Is the wave-particle duality a real duality?
19
Flaws of Broglie–Bohm pilot wave theory?

6
What counts as a measurement?
0
Who are "we", and what counts as a "question" in consistent histories?
4
What is a measurement in the Many Worlds Interpretation?
9
In the oil droplet experiments that suggest de Broglie’s pilot wave theory might be accurate, what does the fluid surface correspond to?
0
What research (if any) is being done with regard to a hidden variable theory of quantum mechanics?
0
If Pilot wave theory turns out to be the correct way of interpreting quantum mechanics what are the implications?