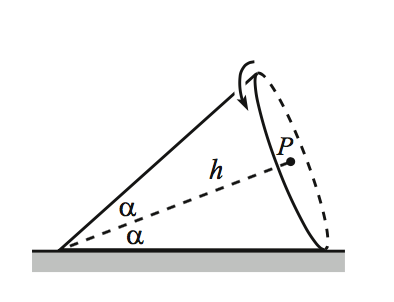 Question: What is the angular velocity of the cone with respect to the lab frame at the instant shown? 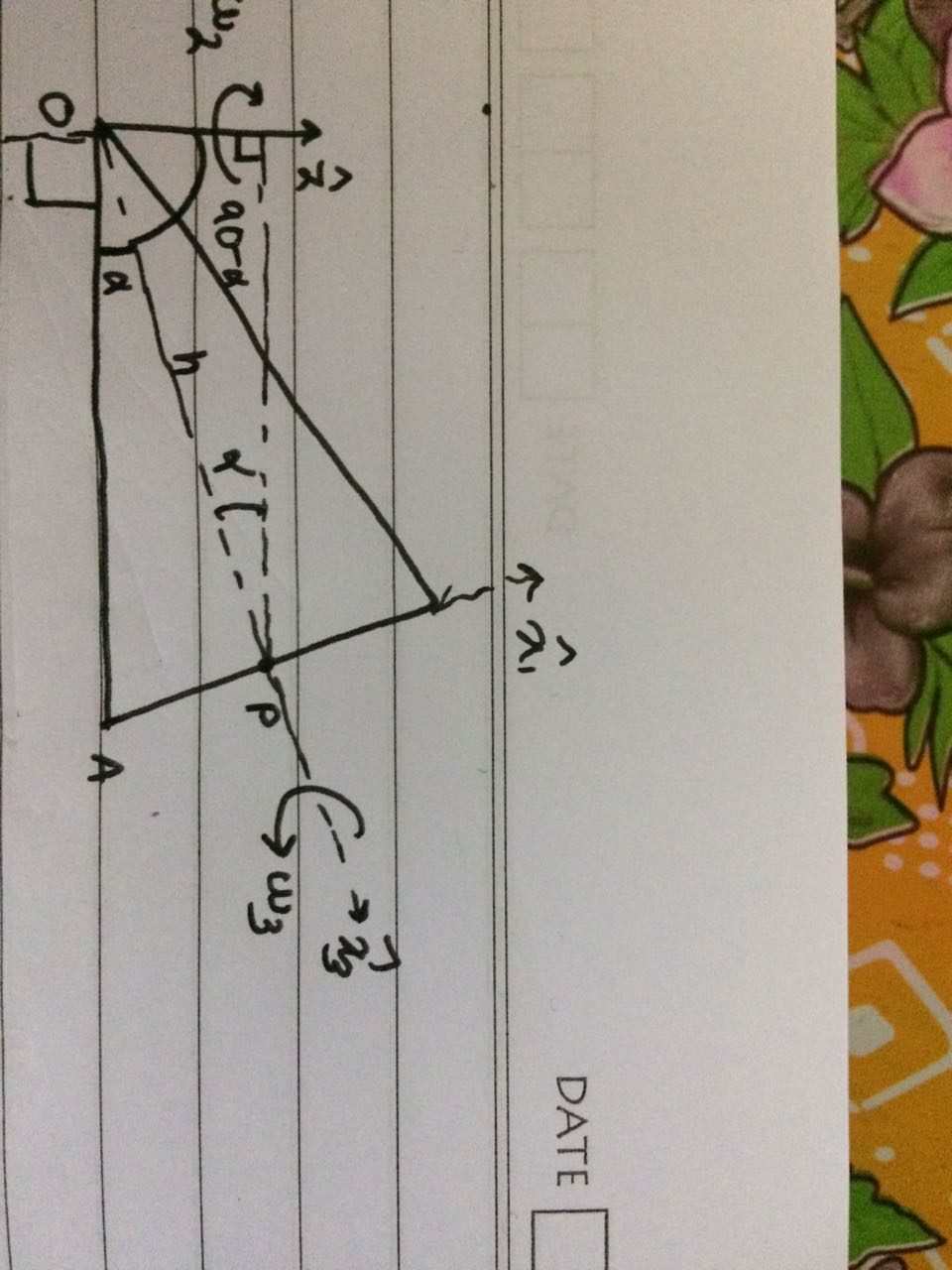 Why is this solution wrong?

homework-and-exercises classical-mechanics
Share
Improve this question
edited May 20, 2018 at 2:22

The point where you go wrong is

It is true that point A has zero velocity, but that does not imply the given expression for $\omega_3$.

Actually, it is much easier to find the total angular velocity and then find $\omega_3$. Here is how.

Then, the velocity of the point $P$ can be expressed as $$ v = \omega\, h \sin \alpha $$ and from this we obtain the magnitude of the sought angular velocity $$ \omega = \frac{v}{h\sin\alpha}, $$ the direction being that of the contact line.

Now, we could calculate $\omega_3$ from the equation (1). The result is

2
Rolling a ball into a cone; what should the forces overall be?
1
Angular velocity in central force field
0
Recalculating angular velocity from velocity
10
Lagrangian equations of motion for ball rolling on turntable
1
Rotational motion integration (Rigid body dynamics)