Why are nearby clouds so different in brightness?

I was traveling in the day time from Saint-Petersburg to Sochi and was watching various clouds passing by. After some time I noticed that even though some clouds are very close to each other, they have very different brightness.

See the image below. Here there's a tall white (cumulonimbus?) cloud, intersecting a flat high-altitude (altostratus?) cloud. But in spite of the fact that the latter is much flatter, it appears to reflect much less intense light, and looks dark on the background of the large white cloud. 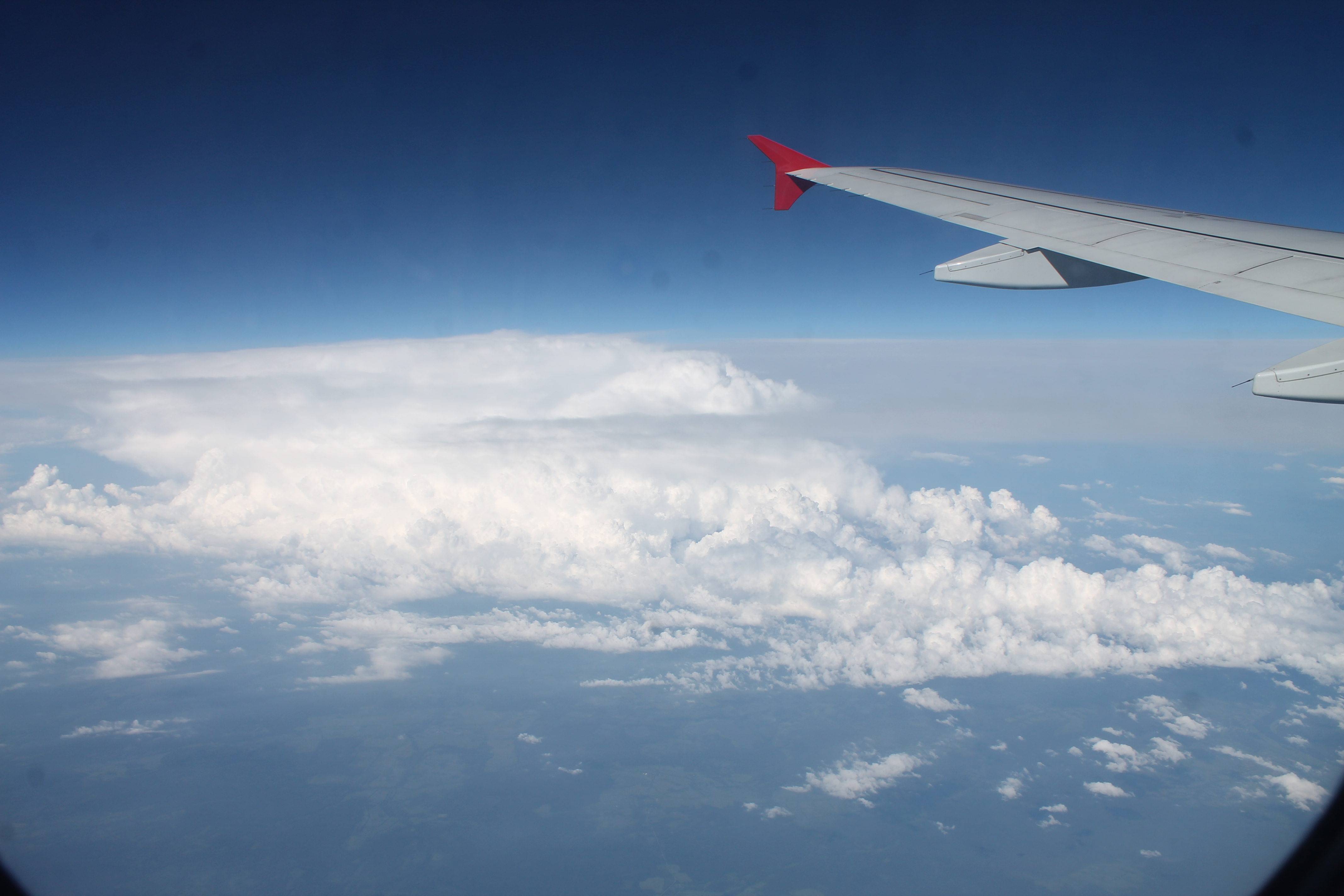 What is the reason for this difference in brightness? I'd expect both clouds to be of similar color, just the flat one maybe more translucent, but not darker.

In general, shadows from the cloud itself or other clouds explain most of the variation in brightness. But in this case I believe you give the answer yourself when you mention that the flatter clouds should be more translucent:

$^1$Notice how the brightest parts of the clouds seem to be those facing you. Edit: As can be seen in the picture below, especially in the highlighted selection, the farther away you look from the line of sight to the sun, the less of its light is reflected toward your eyes. 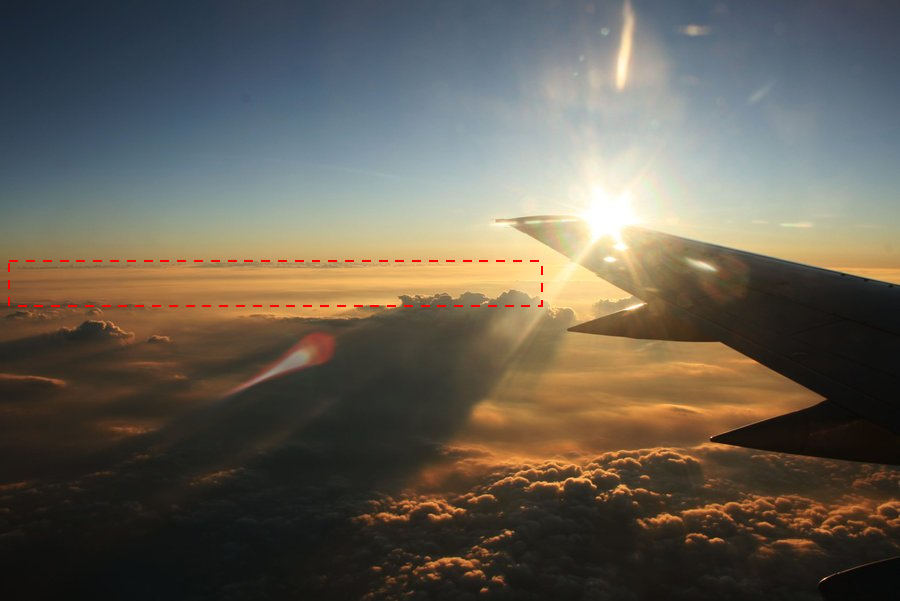 I guess it is based on the size of water droplets.

If they are big, they will reflect bright white due to multiple reflections and refractions (think of soap foam); if the droplets are small enough then it will do light scattering insted (think of steam fog).

That's why there are only two shades of white, quite different.

I think you can find the answer to your question here (it is from the NOAA website, so I consider it reliable):

Sometimes, under direct sunlight, clouds will appear grey or dark grey against a blue sky or larger backdrop of white clouds. There are usually two reasons for this effect:

So, point 1 is basically saying that from those thinner clouds you have some white light from Mie scattering, but this is not much and it is mixed from blue-ish light from Rayleigh scattering coming from behind (notice that even if in the picture "behind" part of the gray cloud you see a white cloud, there is still air between the two, and that air scatters blue-ish light).

I have to say that I am not really convinced by point 2. I mean, it is clearly not some kind of optical illusion: the two kinds of clouds you show in the picture really have different colors. What is true, though, is that if you were to look at the thinner clouds from another place/angle you would probably perceive them as white.

Not the answer you're looking for? Browse other questions tagged optics visible-light everyday-life atmospheric-science or ask your own question.

3
Why is this cloud blue?

4
How far does typical view of clouds/atmosphere extend?
4
How would one calculate the amount of water contained in a cloud?
2
Can small clouds reflect enough light to hurt your eyes/blind you?
7
Why does a glass window reflect white objects white from an atomic scatterers’ viewpoint?
1
Why does projecting black light from a screen mask white light shining through it?
24
Why is concrete dry around cracks?
1
The colour of clouds
0
How much and what kind of sunlight passes through a cloud?
1
Is the Sun disk always surrounded by a rainbow?
0
Bubbles (water) are transparent, then how can they produce white light in mass amounts?